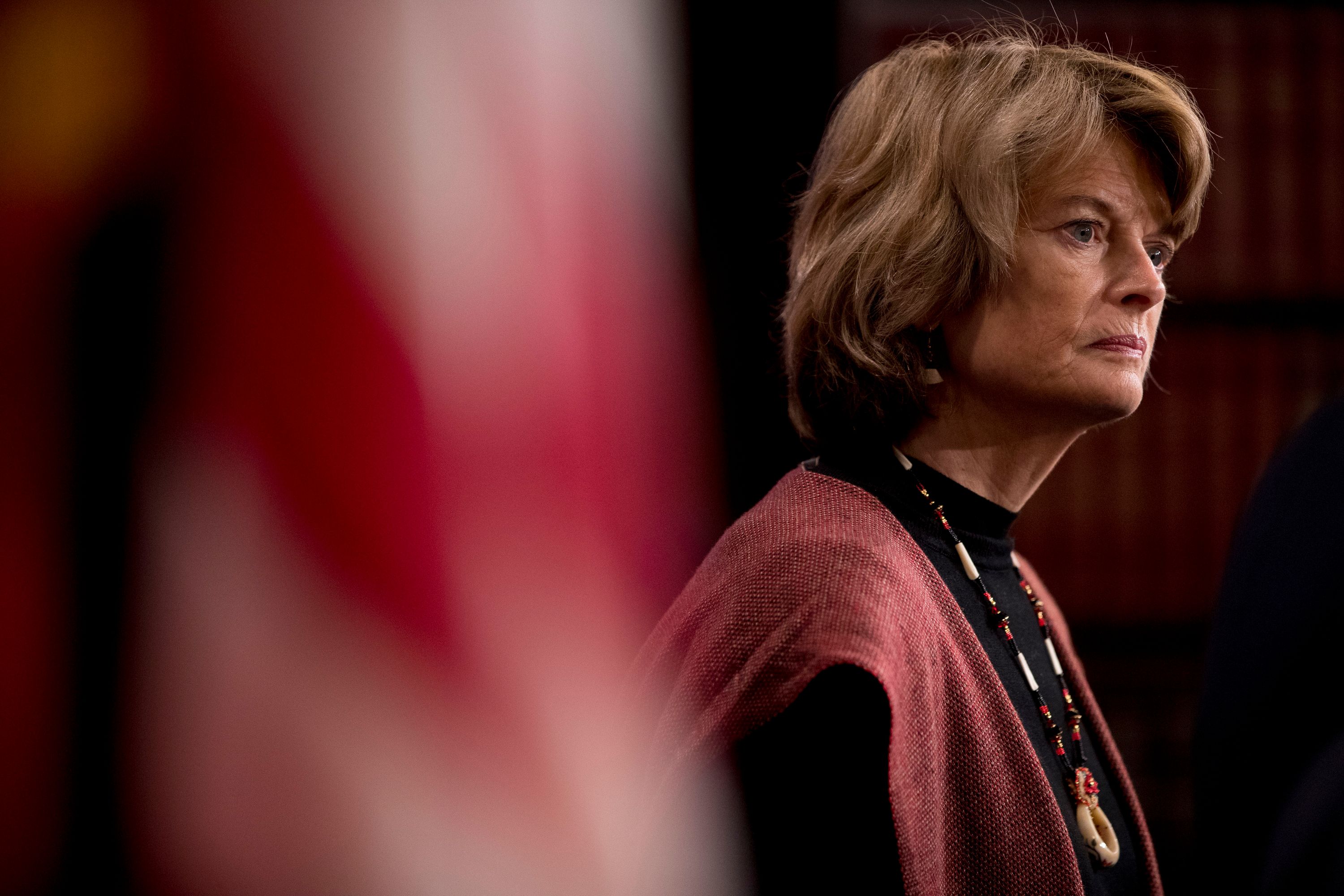 “They don’t know what it means to be an Indian,” Williams said of these elected officials from his party. “An old Indian proverb would say: ‘walk a mile in his moccasins.’ Then maybe they’d come to that understanding.”

Normally, voting against the nomination of a progressive environmentalist would be a no-brainer for an Alaska Republican like Murkowski. Her state more or less runs on oil, which most years contributes as much as 90 percent of Alaska’s Unrestricted General Fund. Only about 3 percent of Alaskans work in the oil and gas industry, but all residents who have lived in the state for a year and intend to stay get paid an annual dividend based on industry revenues. In 2020, that was $992 in every Alaskan’s pocket. The Biden administration’s policies are designed, in part, to move beyond this oil-centric status quo, and Haaland, who went to the camps erected in the path of the Dakota Access Pipeline in 2016 and cooked green chili stew for demonstrators, has been an outspoken champion of them. If she weren’t Native, this would probably be an easy decision for Murkowski. But the senator’s personal connection and electoral dependence on Native voters makes it a lot more complicated.

And American Indians are taking notice of the fight. “Opposition to her appointment would send a message that we’re not worthy of such a high office,” said Paulette Moreno, the Grand President of the Alaska Native Sisterhood. “And that message is not one that should be shared with the world.”

Across the country, Haaland is beloved by First Peoples. Her nomination has galvanized the Indigenous with the hope of representation, and it’s not lost on these voters that the leaders of the Grand Old Party are lining up against them. The National Congress of American Indians has written a letter to senators, urging them to confirm Haaland and has created a template so that tribal leaders across the country can do the same.

“This historic nomination is more important to us and all of Indian country than any other Cabinet nomination in recent history.”

When a Republican House member urged Biden to withdraw his nomination of Haaland, five tribes in the congressman’s district wrote him a letter saying: “This historic nomination is more important to us and all of Indian country than any other Cabinet nomination in recent history. … Your opposition to the first and only American Indian ever nominated to a Cabinet position is likely to reverberate across Indian country.”

Gerald Gray, the chair of the Little Shell Tribe of North Dakota, criticized Senate Republicans’ statements and said it was “time to put the partisan politics aside, stop calling every Democrat a ‘radical’ and get things moving in Interior.” In Daines’ state of Montana, where, like Alaska, Native voters make up a significant part of the electorate, the Rocky Mountain Tribal Leaders Council erected two billboards last week emblazoned with Haaland’s image: one in Billings and another in Great Falls. “Deb Haaland’s confirmation brings hope for Indigenous communities and the United States to have a true steward of natural resources that is in this high-ranking position,” said Ronnie Jo Horse, executive director of Western Native Voice, a Native voting rights group active in the state. “Montana’s Native voters are watching,” added her deputy Tajin Perez. “Senator Daines has the opportunity to do what’s right for all Montanans and all Americans.”

More Natives, like Williams’ old friend Ron Allen, the chair of the Jamestown S’Klallam tribe and former president of the National Congress of American Indians, who once served as an adviser to John McCain’s presidential campaign, are reconsidering their support for Republicans. “My folks, they would refer to me as the token Republican Indian,” he said. “I would joke back with them that I switched to ‘I’ for ‘Indian.’” Perhaps that’s a sign of the times. The Native American Caucus in Congress comprises six members: three Democrats, three Republicans. And Native voters are less likely than voters of other races to identify with either party. But, as Republicans move against Haaland and Indian Country, that partisan balance may be slipping into the past, as Native voters increasingly align themselves with the Democratic Party and as tribal leaders find their conservative friends in Washington aren’t so friendly when it counts.

Get POLITICO Magazine’s newsletter featuring the best stories of the week and our Friday Cover delivered to your inbox.

So far, the Tlingit and Alaska Natives I talked to aren’t too worried about Murkowski. She’s a senator, maverick and auntie because of them, after all. Since voting to convict Donald Trump, she has faced threats of censure from Republicans in her home state, and former Governor Sarah Palin is reportedly considering a primary challenge.

With all that in mind, the Tlingit and Indigenous insiders I interviewed expect Murkowski to ask Haaland some tough questions about energy policy, but ultimately to honor Biden’s choice for Interior. “I believe that she’s a woman of integrity and that she’s fair and that she will balance out the weight of the message of sister Haaland’s potential nomination,” said Moreno. Still, they’re not taking any chances, writing and calling Murkowski’s office to express how meaningful this vote is to them.