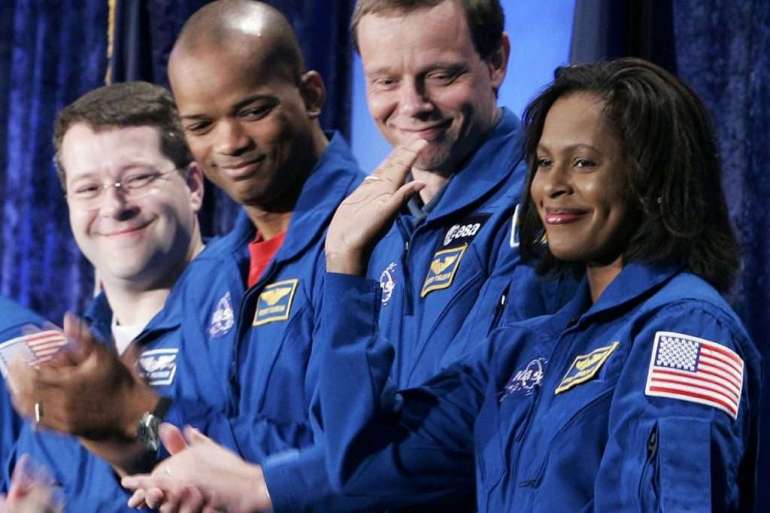 A former NASA astronaut and engineer, Higginbotham logged more than 300 hours in space, according to a biography on NASA’s website, before retiring from the agency in 2007. She’s held multiple private-sector roles since departing NASA, and is currently director of program management at Collins Aerospace, according to her LinkedIn profile.

Democrats have been bracing for an expensive and competitive primary. State Sen. Jeff Jackson and former state Sen. Erica Smith are the first two Democrats to officially enter the race, and several others are considering running, including Cheri Beasley, the former chief justice of the state Supreme Court, who narrowly lost reelection in 2020.

The state was one of Democrats’ top targets in 2020 and was one of the most expensive Senate races in history. Democrat Cal Cunningham, who was plagued by scandal at the end of the race, lost to GOP Sen. Thom Tillis.

Some Democrats in the state see Higginbotham’s background as formidable in both a primary and general election.

“Joan certainly has an incredible profile,” said Morgan Jackson, a veteran Democratic strategist in the state who advised Cunningham and Gov. Roy Cooper. “I think her interest is another strong indicator about how competitive the North Carolina Senate race is going to be and how excited Democrats are about our chances for success.”

Higginbotham would not be the only astronaut on the ballot next year if she chooses to run. Sen. Mark Kelly (D-Ariz.) won a special election last year and is running in 2022 for a full term. Kelly and Higginbotham were in the same NASA astronaut class in 1996.

“I’ve known Joan for 25 years. She’s talented, and was a terrific astronaut and public servant,” Kelly said in a statement to POLITICO. “She’ll be very successful at whatever she focuses on next.”

On the Republican side, former Rep. Mark Walker is the only candidate officially running so far. Lara Trump, the former president’s daughter-in-law, has said she is considering a campaign, and former Gov. Pat McCrory and Rep. Ted Budd are also potential candidates.