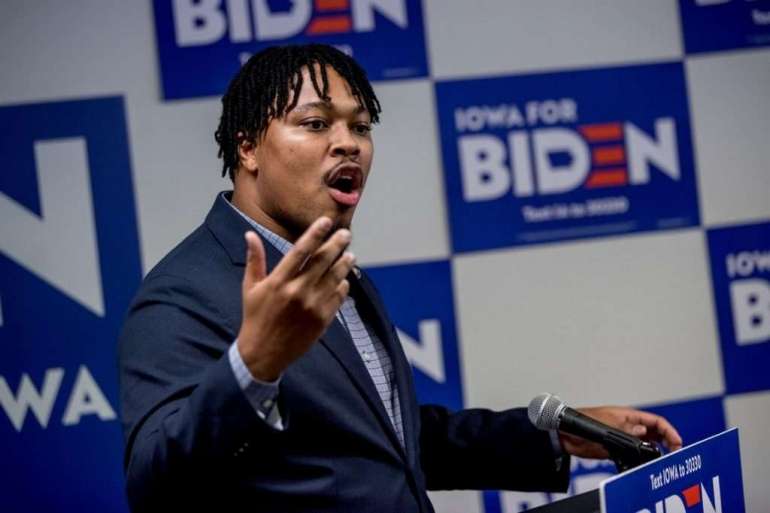 “I would be surprised if there’s anyone in any of these [competitive] states… that would support maintaining the filibuster,” said Democratic Pennsylvania Lt. Gov. John Fetterman, who is pursuing his party’s nomination for a Senate seat up for grabs next year. “Getting rid of the filibuster is as close to a litmus test for our party as I can describe.”

It’s basically impossible in 2022 for Democrats to pick up 10 seats and secure a filibuster-proof majority, given the Senate’s current 50-50 split and their limited number of pick-up opportunities across the country. But snatching open seats in Pennsylvania, Wisconsin or North Carolina next fall while holding on elsewhere is a plausible way for Democrats to squash the legislative filibuster in 2023, provided they hold their House majority as well.

Both of the announced Senate candidates in Wisconsin, Milwaukee Bucks executive Alex Lasry and Outagamie County Executive Tom Nelson, are running on an anti-filibuster platform. Lasry said it’s a “relic of the past.”

In the aftermath of last week’s mass shooting in Georgia that killed eight people, political leaders and the Asian American community are grieving and calling for justice.

Democratic contenders running against the filibuster see their position as a no-brainer because the need to win 60 votes is barring the party from achieving longtime goals that are objectively more possible with a simple majority ruling the day in the Senate.

But that framing of the issue also hands Republicans a potent weapon next fall. They can argue that, in the midterms, even a single Senate seat can make the difference between a historic change to the fabric of the U.S. government and a system where the minority party still has the power to stop legislation it finds objectionable.

Chris Hartline, a spokesperson for the National Republican Senatorial Committee, said Democrats are campaigning on “eliminating the filibuster so they can enact the most radical legislative agenda in history.”

“The Democrat agenda which they could accomplish at 51 is an agenda that is very out of the mainstream where most Americans are,” said Senate Minority Whip John Thune (R-S.D.). “I do think that’s something that would resonate with voters.”

Still, Democrats don’t see the downside to their position. Asked about GOP efforts to run as a check on the Democrats and as protectors of the filibuster, Fetterman replied: “promise?”

Though both Sinema and Manchin have said they can’t be swayed on the filibuster, it’s also technically possible that they could change their mind if Senate Minority Leader Mitch McConnell builds a wall of opposition for the next 20 months. Even if Democrats were to get rid of the 60-vote requirement unilaterally, via “the nuclear option,” the midterms would still be a referendum on the wisdom of changing the Senate’s rules to pass party-line legislation.

Even with the odds stacked against them in a 50-50 Senate, the “battle for the filibuster is right now,” said Sen. Elizabeth Warren (D-Mass.). “Big, core Democratic issues like access to the vote, corruption, gun safety, climate change — we can’t address those things unless we use a majority vote.”

Candidates said the issue is already coming up on the trail. Voters are “hostile” to the filibuster, Jackson said. He did not outright endorse getting rid of the 60-vote threshold but said it should not be a roadblock to passing legislation on voting rights.

“If we allow the filibuster to take down major priority items like civil rights legislation, then it would be a major drag on 2022,” Jackson said.

It’s still a year before even the earliest primary contests, and Democratic primaries will grow more crowded. But the anti-filibuster positioning from early candidates cements once-obscure Senate rules as a front-and-center issue for primary voters.

And running in a Democratic primary field without opposing the filibuster could prove difficult.

“Democrats ought to be for getting shit done for people. And if somebody is still talking about how much they love the filibuster, then I want to hear their argument how we get things done for people,” Kenyatta said.

Democrats’ big goals often clash with the simple math problem presented by the filibuster. The Green New Deal and Medicare for All dominated the party’s presidential primary last year. Yet even after Democrats emerged with a sweep of Washington, they’re short of votes in the Senate to pass even relatively modest immigration bills.

“That’s where I think a lot of voter frustration is. Democrats are running on, ‘Hey, we’re going to do all these things,’” Lasry said. “We get all three branches of government and we can’t do anything because of this supermajority rule that the Constitution doesn’t even have.”

The issue may be more resonant in Democratic primaries than in general elections in some swing states. Rep. Stephanie Murphy (D-Fla.), who is exploring a challenge to GOP Sen. Marco Rubio, declined to comment and said the filibuster was a Senate matter.

But the two Senate Democrats in next year’s toughest reelection races notably are entertaining efforts to change the filibuster.

Sen. Mark Kelly (D-Ariz.) said he would weigh any changes to the Senate rules against “how this affects my constituents in Arizona, and is this good for our country or not?”

Sen. Raphael Warnock (D-Ga.) put it this way: “I’m really focused on passing these voting rights bills. We’ve got to pass them, whether we get rid of the filibuster or not.”

Filibuster talk has captivated the Senate for weeks, a fixation that will only heighten if Senate Majority Leader Chuck Schumer puts up House-passed bills on guns, immigration, voting rights and LGBTQ protections only to see them sunk for lack of 60 votes. The resulting focus on the filibuster will only make the issue more politically resonant.

Steven Law, the president of Senate Leadership Fund, a McConnell-aligned super PAC, said he expected to see paid advertising on the issue next year regardless of what happens to the filibuster this Congress.

“Every day that the news is filled with discussions about Democrats getting rid of the filibuster and talking about what they might pass if they could do it, it just makes it a much stronger issue going into this next cycle,” Law said. “It’s political malpractice for Democrats to think about scrapping the filibuster when they’ve got a 50-50 Senate.”