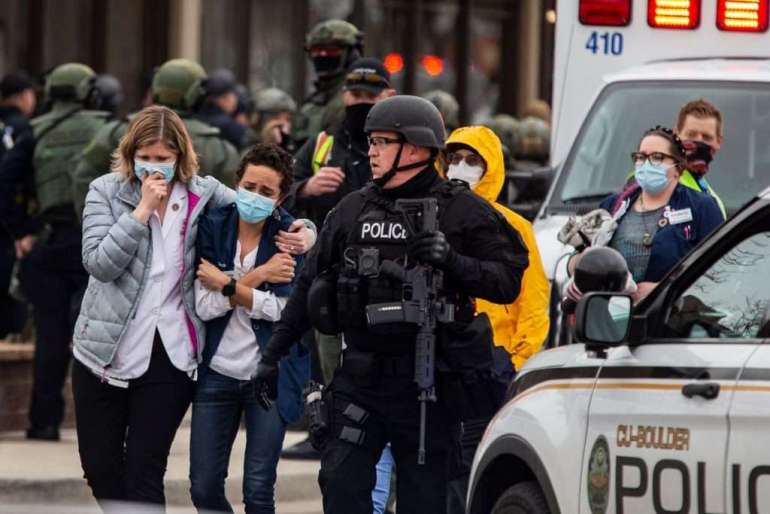 Despite a Democratic shift in recent years, Colorado is no California or Massachusetts — its reputation as a “purple” state is well-earned, with a politics still heavily influenced by the deep red, gun-friendly ranch communities that cover much of its land area. The western half of the state is now represented by Lauren Boebert, a restaurant owner whose open-carry policy was a big part of her political appeal. Democrats currently control both chambers of the state legislature, but not by overwhelming margins, and progressive ideas don’t automatically become law.

Though not originally an enthusiastic backer of gun reform, Colorado’s then-governor John Hickenlooper came to endorse some gun control measures, including universal background checks and limited magazine sizes. Just after Hickenlooper expressed his support for these measures, Adam Lanza murdered 27 children and teachers at Sandy Hook Elementary in Connecticut. The combination of these two shooting sprees further galvanized Hickenlooper and Colorado’s other gun control supporters. The two measures passed through the Democratic-controlled statehouse on party-line votes, and Hickenlooper signed them into law on March 20, 2013.

While Democrats overwhelmingly supported these Colorado measures, there were concerns at the time that they’d pay a political price for enacting them. And indeed, Democrats’ fears that they will suffer at the ballot box have been a major stumbling block for gun reform efforts for at least two decades nationwide. Democrats generally worry that the National Rifle Association and other gun ownership advocacy groups have substantial resources in terms of money and volunteers who can help drum them from office, and that most other voters, who generally favor gun control, don’t follow the issue long enough or closely enough to fight back.

But it wasn’t such an open-and-shut case in Colorado. Yes, some Democrats paid a price; state senators John Morse and Angela Giron were recalled by campaigns within their districts to punish them for their gun votes.

Hickenlooper, worried that he, too, would pay a price, was nonetheless elected to a second four-year term in 2014, beating his Republican opponent by three points in a year when several other Democratic officeholders lost their seats. He served out his term in office—and, notably, when he ran for U.S. Senate last year, he won by nearly ten points, unseating the fiercely pro-NRA incumbent Cory Gardner.

Meanwhile, gun-control advocates made their own advances, and fought off challenges. Tom Sullivan, whose son Alex was murdered at the Aurora movie theater in 2012, ran for the Colorado statehouse in 2018 and unseated a Republican incumbent by an eight-point margin. Sullivan supported a “red flag” gun violence prevention bill in the state house, and was threatened with a recall effort in response. The recall failed to gain enough signatures, however, and Sullivan won reelection handily last year.

How might this reflect on national politics? The political scene in 2021 is rather different than it was during the Trump years, or during the Obama years. President Biden, like then-Governor Hickenlooper, is a pragmatic moderate who knows how to work with a legislature, and can also read his party’s caucus and know when an issue has arrived. Democrats in Congress have narrow majorities and a demonstrated interest in using them while they still have them. And while gun advocates remain passionate and dedicated, it’s surely no small thing that the National Rifle Association is bankrupt.

None of this means gun control at the federal level is certain. Any Democratic bill’s passage ultimately rests on the support of Senate moderates like Joe Manchin (WV) and Kyrsten Sinema (AZ), whose constituents are hardly gun control enthusiasts. But as Colorado’s recent history shows, it’s at least possible to buck the gun lobby and survive.