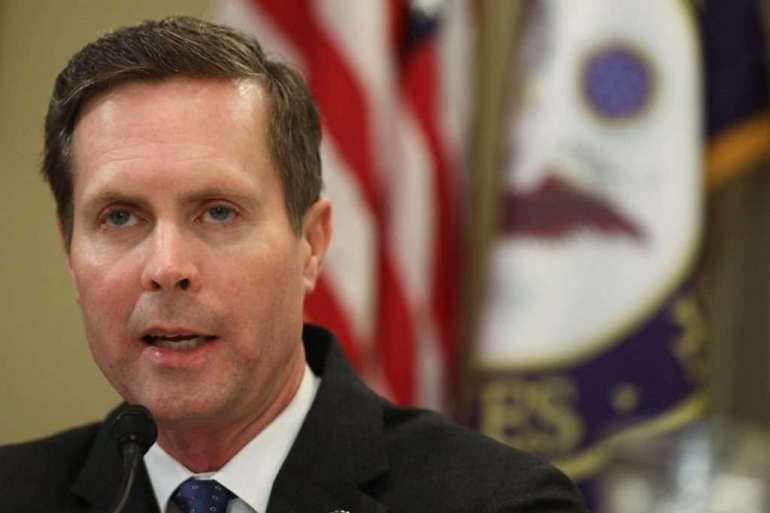 The GOP letter comes nearly three months after thousands of supporters of former President Donald Trump stormed the Capitol and sent lawmakers fleeing for safety, delaying the certification of the 2020 presidential election results. More than 100 police officers were injured, including one who died hours after the attack, and more than 300 participants in the attack have been arrested.

Although the Capitol Police have declined repeatedly to discuss the probe publicly, the agency has acknowledged providing tens of thousands of hours of footage of the insurrection to lawmakers. A source familiar with the House’s investigations said the department has also turned over heaps of footage from the five days before Jan. 6.

Republicans have grown increasingly frustrated that authorities have allowed the charges leveled by Democrats to linger without updates for nearly three months. If any lawmakers or aides helped rioters stakeout the building, Davis has emphasized, it’s urgent to expose them to protect Congress from an insider threat. And if evidence doesn’t support the charge, it should be easy to resolve through security footage, much of which has been turned over to lawmakers already.

Their concerns date to Jan. 12, when Rep. Mikie Sherrill (D-N.J.) told constituents in a publicly posted video that she was worried some of her Republican colleagues or their aides had provided “reconnaissance” tours to people she suspected later participated in the mob violence. The next day, Sherrill and 33 Democratic colleagues asked Capitol Police in a letter for more details about who was permitted in the building in the days leading up to Jan. 6 and whether authorities were investigating.

“The visitors encountered by some of the Members of Congress on this letter appeared to be associated with the rally at the White House the following day,” the lawmakers wrote. “Members of the group that attacked the Capitol seemed to have an unusually detailed knowledge of the layout of the Capitol Complex. The presence of these groups within the Capitol Complex was indeed suspicious.”

Democrats have repeatedly refused to say whether they have been briefed by Capitol Police on any updates in the investigation, instead deferring to what they say is an ongoing review.

“It’s our understanding that there is an ongoing federal investigation,” a Sherrill spokesperson said in a recent statement. “We have turned over all the information we have to investigators. Rep. Sherrill has full faith and confidence that they are running a thorough investigation and looks forward to their findings once they’ve completed their inquiry.”

Davis said in a recent interview that he called Sherrill shortly after learning of the allegations and asked her to update him on whom she suspected of malfeasance, but he said she did not provide any names. He thinks Democrats who leveled the charge without providing evidence could open themselves to ethics complaints if they don’t substantiate them soon.

“At some point they’re going to have to make a decision on how they want to proceed,” Davis said. “You can’t just make accusations like that without somebody bringing forth some proof.”

In a related matter, the top Republicans on seven committees investigating the Jan. 6 attack have written letters to dozens of federal agencies asking that they be included in any document dumps provided to House Democrats seeking answers about the Trump administration, intelligence community and Capitol Police’s preparation for Jan. 6.

Capitol Police, who are notoriously opaque and have declined to hold any media briefings since the Jan. 6 attack, recently revealed in a court filing that they had turned over tens of thousands of hours of surveillance video to lawmakers investigating the Jan. 6 attack, including more than 14,000 hours of footage from the key period between noon and 8 p.m. that day. In the filing, submitted by Capitol Police General Counsel Thomas DiBiase, the department indicated it had shared “limited” clips from Jan. 5 with the D.C. police to aid in investigations of other potential incidents related to the attack.

But the filing was silent on whether any Jan. 5 footage was shared with lawmakers pursuing questions about the prospect of “reconnaissance” for the rioters. DiBiase indicated that the department’s standard practice is to purge surveillance video after 30 days.

The Capitol Police did not respond to a request for comment on the GOP request for a confidential briefing.