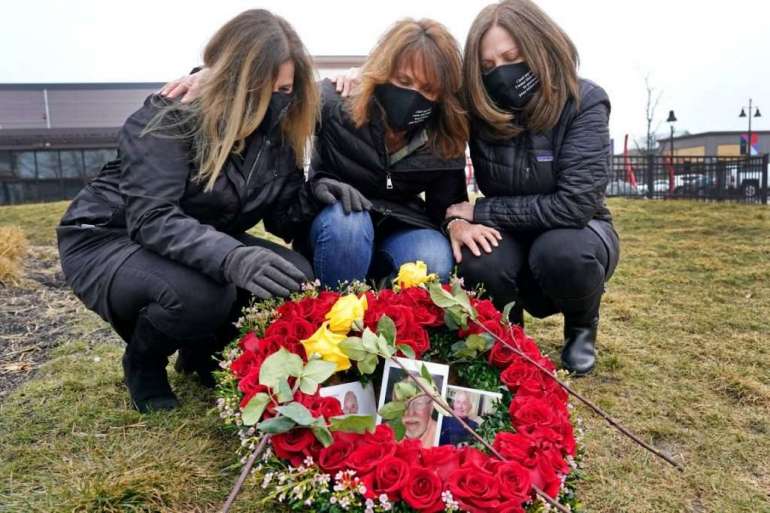 “Once they’re able to get moving again, I expect there will be an explosion,” said McBath. “There are a whole lot of survivors who are going to be willing to speak out and demand change and demand that we be better prepared for anything like this that might happen again.”

Packard, who shared lessons from the yearslong battle over repealing the Affordable Care, sees some parallels between the Covid groups and advocates for HIV patients in the 1980s, though she noted that the HIV groups faced a tougher fight because of the reluctance to acknowledge a disease predominantly killing gay men.

“That was a crisis not being talked about, not being seen, not being addressed,” she said. “Now we’re building on something already there. We don’t have to educate people that we’re in a crisis.”

The Covid advocates received coaching on how to process trauma and leverage personal stories for maximum impact.

Urquiza said she also drew from her past work on climate advocacy campaigns as she put together Marked by Covid and began lobbying elected officials.

“Raising my voice was not a foreign concept to me, but it had never been so directly personal before,” she said. “Far too often, policy failure is hidden in the private grief of normal, everyday people.”

Though Urquiza endorsed Biden at the Democratic convention and campaigned for him in her home state of Arizona, her group has not shied away from calling out the administration over what it sees as racial inequities in the pandemic response and for not inviting people who lost family to Covid to be part of the new push to combat vaccine hesitancy.

On Capitol Hill, lawmakers who met with the advocates say they helped them identify problems that require future funding and a policy response.

“It puts a face and a human story on a pandemic we usually talk about in terms of data and statistics,” said Sen. Tammy Baldwin (D-Wis.), who said her March meeting with Shannon Franco, a constituent who has had debilitating Covid symptoms for nearly a year, was “very powerful.”