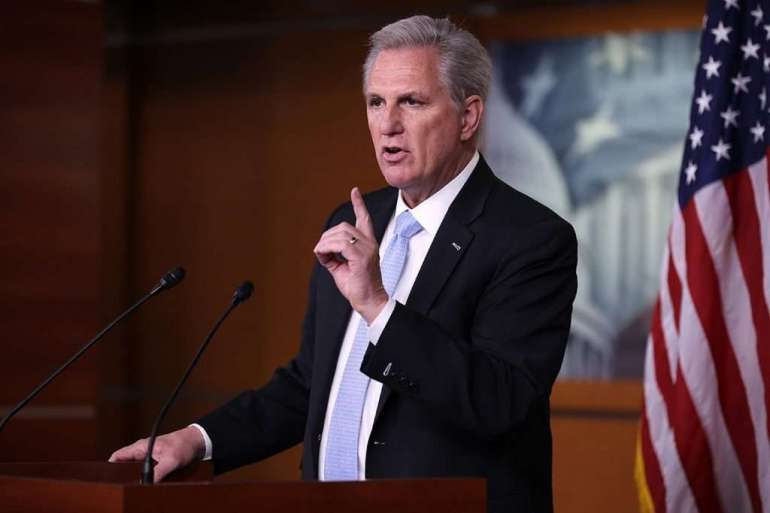 An early draft of a prospective policy platform for the group, which was obtained by POLITICO and first reported by Punchbowl News, calls for respecting “Anglo-Saxon political traditions” and returning to an architectural style that “befits the progeny of European architecture.”

“History has shown that societal trust and political unity are threatened when foreign citizens are imported en-masse into a country, particularly without institutional support for assimilation and an expansive welfare state to bail them out should they fail to contribute positively to the country,” the seven-page document reads.

House GOP Conference Chair Liz Cheney (R-Wyo.), who has been vocal in her belief that Republicans need to make clear they’re not the party of white supremacy, also appeared to call out the controversial caucus.

“Racism, nativism, and anti-Semitism are evil,” she tweeted. “History teaches we all have an obligation to confront & reject such malicious hate.”

And Rep. Tony Gonzales (R-Texas) tweeted out a “what the f—” meme.

A source familiar with the situation, however, said the proposal was presented to some offices by an outside group and was meant to be more of a discussion draft. While the idea for an “America First Caucus” had been kicked around for a few months, the planning is still in the early stages and nothing has been finalized or approved yet, the source added.

In a fiery tweet thread Saturday, Greene claimed that she hadn’t read what she dubbed a “staff level draft proposal from an outside group.”

“The scum and liars in the media are calling me a racist by taking something out of context,” Greene wrote.

Still, the leaked draft document quickly ignited a firestorm on Friday and could continue to pose headaches for McCarthy, who has struggled to deal with extremist episodes inside his ranks. And some Republicans have privately said they wish McCarthy would more forcefully rein in the fringe members, noting he didn’t condemn Gosar for speaking at a conference organized by a white nationalist earlier this year.

So far, at least two other Republicans have signaled interest in joining the America First Caucus. Rep. Matt Gaetz (R-Fla.), who is under federal investigation for potential sex trafficking violations, said he would be “proud” to be a member of the group.

“We will end wars, stop illegal immigration & promote trade that is fair to American workers,” he tweeted.

And Rep. Louie Gohmert (R-Texas), a member of the hard-line House Freedom Caucus, told reporters in the Capitol that he’s considering joining the caucus and defended the group’s mission.

“It’s not supposed to be about race at all,” Gohmert said. “We’re stronger, you know, diversified.”

Ben Leonard contributed to this report.