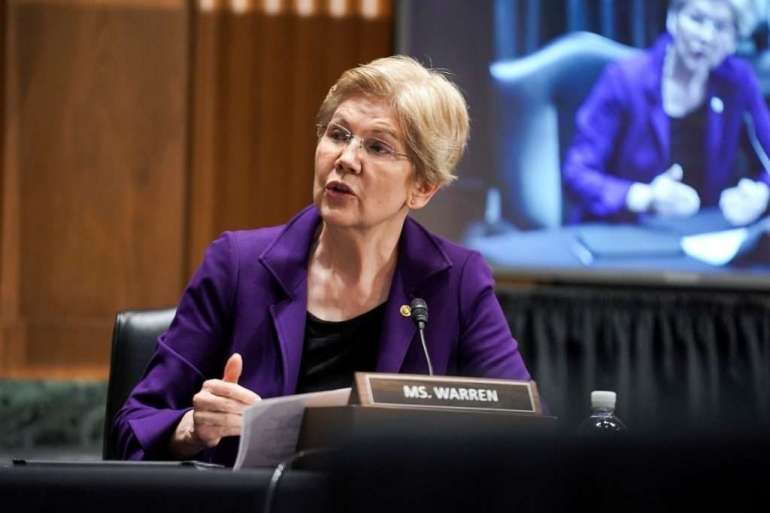 “A far cry from $2.5 trillion,” added Sen. Mazie Hirono (D-Hawaii). “Until the Republicans realize the needs are far, far greater from what they’re proposing, I don’t know that we’re going to get much further. I hope so … but we’re not going to wait forever.”

Sen. Shelley Moore Capito (R-W.Va.) is preparing to unveil a proposal with other deal-seeking Republicans in the coming days and briefed the Senate Republican Conference on her ideas on Tuesday. The proposal is expected to clock in at around $600 to $800 billion for roads, bridges and broadband spread over several years and be paid for with user fees on transportation users and unspent coronavirus relief funds.

Capito acknowledged her proposal is not going anywhere with the Democratic majority but asked for space to do her work and keep the bipartisan talks with the White House going.

“Could we just kind of tone the rhetoric down here and really try to get something done?” Capito said on Wednesday. “I understand disagreement, but I read that we’re trying to stall it out and not make it happen. Or being too cheap? We’re talking about a very robust package here. Could we cut the prejudging?”

She is part of a separate group of bipartisan lawmakers who are meeting Wednesday for lunch and are expected to discuss the proposal then. The proposal comes as Senate Democrats, including Sen. Chris Coons (D-Del.), a close Biden ally, have suggested Biden’s infrastructure proposal be separated into two bills: one that can pass with bipartisan support and the second with only Democratic support.

“Just saying that it’s a Republican bill, I never thought that, I never heard that,” said Sen. Joe Manchin (D-W.Va.), who is in the group of 20 lawmakers. He said the group would still try to work together despite the possibility the GOP introduces its own proposal.

During a bipartisan meeting with members of Congress Monday, Biden told Republicans to come back with their own offer by May. But while members of both parties insist they’d prefer a bipartisan product, how to pay for it remains the key obstacle to reaching a final agreement.

Biden’s proposal would raise the corporate tax rate to 28 percent, which Senate Republicans oppose. Sen. Bob Casey (D-Pa.), another Biden ally, said that a significant amount of revenue will need to come from the tax code. Without a corporate tax hike, he warned, “we’re not going to get the kind of revenue we need.”

And they need that kind of revenue to spend the type of money Democrats say is needed, because most Democrats are not comfortable with another round of deficit spending.

“We have underspent for generations now. And it shows in our airports, on our roads, in our mass transit, in our rail,” Warren said. “The Republicans are not willing to make the investments we need.”

If talks with Republicans fall through, Democrats can pass an infrastructure bill with their 50 members and Vice President Kamala Harris’s tiebreaking vote through budget reconciliation. That route would allow them to pass a much larger bill with major tax changes, with some restrictions.

Meanwhile, Republicans are plotting ways to get around the red lines that Democrats have committed to, including Biden’s pledge not to raise taxes on Americans making under $400,000 a year.

“Having a toll at a bridge is not a tax on people earning under $400,000 a year,” said Sen. Mitt Romney (R-Utah). “And there are others. If you’re going to be building airports, airport landing fees can accommodate. So there are ways of gaining revenue without violating the president’s pledge.”

Sam Mintz contributed to this report.