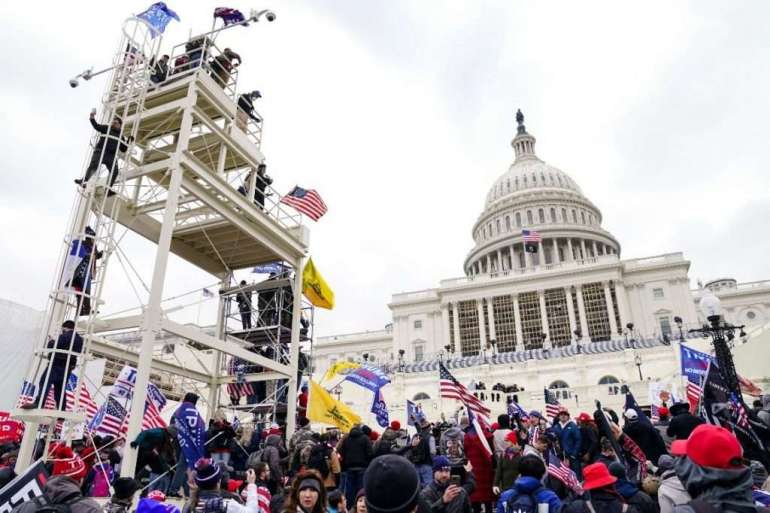 In addition to Monday’s tour, defense attorneys for the alleged rioters are invited to visit the Capitol on May 8, May 9, May 31 and June 5. Cole’s letter, dated April 26, suggests that photography will be prohibited and that any request for photos can be submitted to the Capitol Police’s general counsel. He also says the lawyers are barred from bringing any guests, including investigators or paralegals.

Those restrictions may be a moving target. On a public teleconference line Wednesday morning in one of the Capitol riot court cases, several of the defense attorneys for the suspects said the government has agreed to allow them to take pictures of public areas of the Capitol — areas regularly photographed by tourists. They also said they have permission to bring along an investigator to help analyze the scene. Whether the defense attorneys could photograph any parts of the Capitol was a subject of a dispute between the attorneys and prosecutors, according to a court filing posted last week.

Cole’s letter, which includes rare floor plans of the Capitol grounds, lists the areas of the Capitol that the attorneys will be permitted to visit. They include the Speaker’s Lobby — the anteroom off the House chamber where a rioter, Ashli Babbitt, was fatally shot while attempting to break in — both chambers of Congress, the Capitol Crypt, the rotunda and other popular tourist areas of the Capitol.

But it also includes some lesser-known areas, including the Senate parliamentarian’s office, an assortment of nondescript Senate offices raided by rioters and House Majority Leader Steny Hoyer’s office.