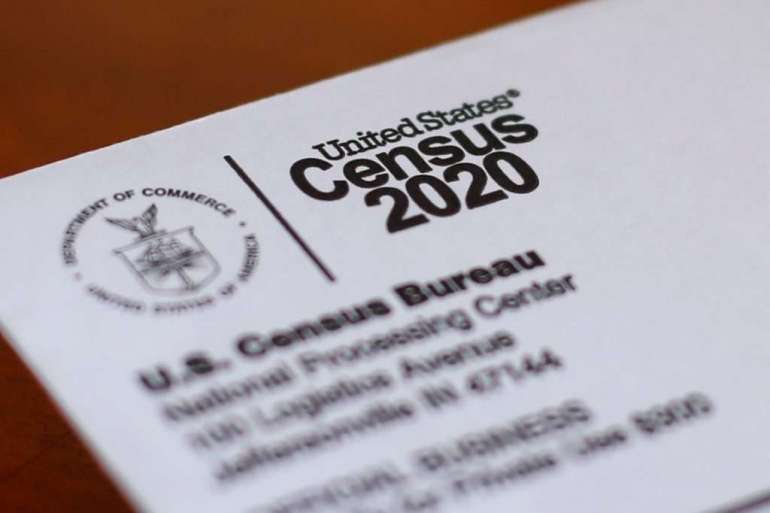 “We will see a lot of lawsuits,” said Kathay Feng, the national redistricting director at the good government group Common Cause, chuckling at a question about how much litigation there will be this redistricting cycle. Redistricting, she said, “is always a breeding ground for people who are discontent with the results.”

But the litigation is starting well before the results are clear, and what is unusual this year is the focus on exactly what data is used and when it is released. Data from the decennial census has been delayed for months, due in part to the pandemic and the Trump administration’s handling of the count.

Apportionment data — the topline numbers that determine the number of House seats each state gets — was statutorily required to be released by Dec. 31, 2020, but it just arrived on Monday. Redistricting data, the more granular data that includes demographic information over small geographic areas, is not expected until later this summer.

That delay has upended the redistricting process in dozens of states that have deadlines that are incompatible with the new release calendar, which has sent states scrambling to the courts for relief.

The delay could also have a downstream effect on lawsuits that challenge the eventual map lines once they’re drawn.

“There’s a decent chance that a number of them won’t get resolved before the 2022 election,” said Jason Torchinsky, who is general counsel to the National Republican Redistricting Trust. “So the courts are going to either have to basically say ‘you filed late and I can’t issue any orders that affect 2022,’ or a court is going to have to really rush through to change something if it wants to affect 2022.”

So far, California asked for and received a redistricting extension from state courts last year, while Michigan redistricting officials recently asked courts to extend their redistricting window. Other states have sued the Census Bureau to try to force an earlier release of redistricting data.

Ohio was the first state to file a case, which was dismissed by federal district court, a decision the state appealed. Alabama also filed a federal lawsuit challenging both the release schedule and the use of “differential privacy,” a process that will blur demographic data on small geographic levels. The Census Bureau says it is necessary to protect any one individual from being identified, but mapmakers fear it makes the data functionally unusable.

Other states are considering using data other than the decennial count to draw their map lines — including data from the American Community Survey, another Census Bureau product that is independent of the decennial count and is based on a survey instead of a hard count, which would almost assuredly spawn legal challenges.

“It’s not that the ACS data is in itself wrong, but it is like grabbing a pair of sunglasses when you need to read the fine print,” Feng said. “It is not going to give you the sharp focus you need.”

New York Gov. Andrew Cuomo also said he was “looking at legal options” after his state lost out on an additional House seat on Monday by 89 people. But courts have not acted on similar cases in the past, redistricting attorneys say, while noting the pandemic has introduced a new dimension of uncertainty.

“Courts or other processes are set up to treat that data as authoritative,” said Walter Olson, a senior fellow at the conservative Cato Institute who was appointed a co-chair of Maryland Gov. Larry Hogan’s advisory redistricting commission. “If I were a judge, I would be very reluctant to open a door … [that] inevitably is going to invite litigation and disputes, in other states and other census cycles, for a multiplicity of reasons.”

Going forward, major Supreme Court rulings issued over the last decade will shape challenges to the maps themselves: Shelby County v. Holder, which effectively ended the requirement that some states have map lines cleared by the Department of Justice or federal judges to ensure there’s no racial discrimination; and Rucho v. Common Cause, which held that the federal judiciary had no jurisdiction to police partisan gerrymandering, as opposed to racial gerrymandering.

“I think the Shelby County decision is a real impediment,” former Attorney General Eric Holder, who now spearheads the Democratic Party’s redistricting efforts, said in a Tuesday briefing. “It takes away a legal tool that the Biden Justice Department could have to protect voters.”

Plaintiffs can still bring racial gerrymandering cases in federal courts, but the success of state-based challenges to partisan maps over the last decade could point to the future of redistricting cases.

Thirty states have constitutions or laws with clauses protecting “free and equal” elections, which anti-gerrymandering advocates have used to fight partisan maps in several states, said Ben Williams, a redistricting specialist at the nonpartisan National Conference of State Legislatures. “I would imagine that you’ll see more of [those challenges] this decade, and that’ll be the biggest change. And then it just becomes a question of, are courts favorable to these claims?”

Democrats have gotten an early start on filing redistricting lawsuits. Marc Elias, who is the party’s most prominent elections attorney, and the National Redistricting Action Fund, an arm of the Holder-led National Democratic Redistricting Committee, backed three lawsuits in Pennsylvania, Minnesota and Louisiana — states where Republicans control one or both houses of the legislature but Democrats hold the governorship. The suits urged the courts to step in if (or when) there is an impasse in the mapmaking process.