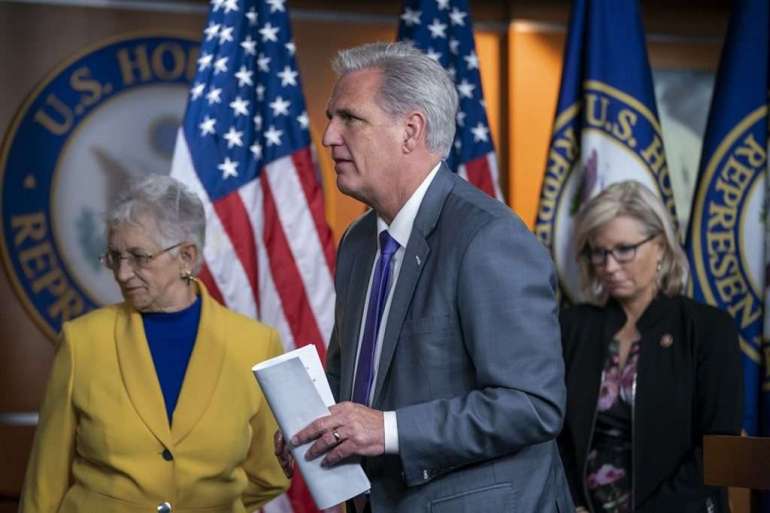 The plan to tap Foxx for the resolution was hatched in recent days. GOP leaders made a calculation that if the effort to remove Cheney from leadership was led by ultra-conservative members of the House Freedom Caucus, their involvement could turn off other more moderate members. Instead, they wanted a Republican to lead the anti-Cheney charge who is both less polarizing and a woman, easing some of the political awkwardness associated with removing the highest-ranking GOP woman in Congress from her role as conference chair.

House Republicans will gather next Wednesday for their weekly meeting, where the Foxx resolution is expected to be introduced. Under that scenario, only a simple majority would be needed to remove Cheney from her No. 3 position in leadership. And this time around, Cheney’s critics are expected to succeed.

In rapid succession, the plan to remove and replace Cheney is falling into place. House Minority Leader Kevin McCarthy began orchestrating a campaign on Tuesday to oust the Wyoming Republican from leadership, working behind the scenes to line up support for a successor, Rep. Elise Stefanik (R-N.Y.).

Stefanik, a moderate turned pro-Trump ally, was also actively reaching out to members this week to help garner support if the No. 3 role became open. By Wednesday morning, Trump came out and officially endorsed Stefanik.

But Cheney isn’t fighting to keep her job: She has been telling people that if holding onto her leadership role requires having to lie or stay quiet, she doesn’t believe that’s a price worth paying, according to a source familiar with her thinking.