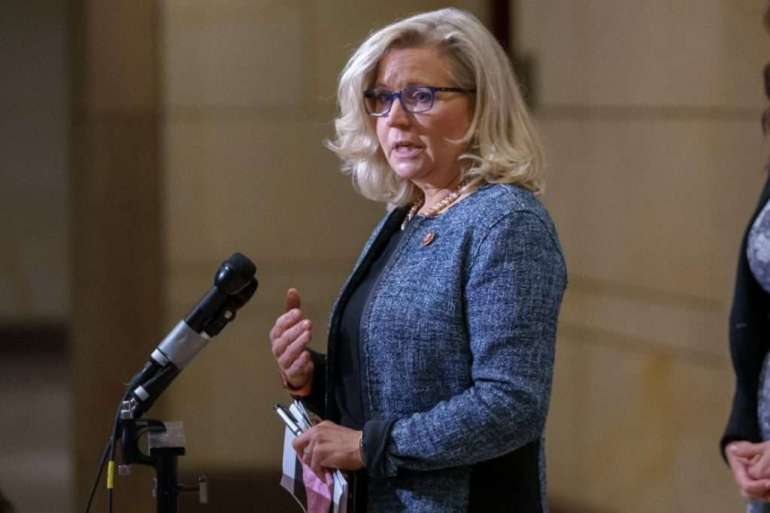 “We must speak the truth,” she added. “Our election was not stolen, and America has not failed.”

Cheney also admonished Trump for provoking “a violent attack on this Capitol in an effort to steal the election” and warned that “he risks inciting further violence” by continuing to push his baseless claims about voter fraud, which many of her Republican colleagues have echoed.

“Our freedom only survives if we protect it,” she said.

Cheney’s short but pointed floor speech came hours before members of the House GOP conference are expected to flock to a Wednesday meeting. At that point, her fellow Republicans will decide her fate in leadership, which many members say is all but a foregone conclusion: Cheney, the highest ranking woman in the House, will be ejected from leadership Wednesday morning, and Rep. Elise Stefanik of New York will be named her successor in the days ahead.

Cheney seems ready to accept the outcome; she has not sought to whip members to vote to protect her position. And rather than going quietly, Cheney has continued to sing her message publicly, often putting her in direct opposition with statements that GOP leader Kevin McCarthy has made.

The final straw came when Cheney split with McCarthy and other Republicans during the annual GOP policy conference late last month, which sparked the realization among members of the conference that the situation was untenable.

The talk of her ouster began to snowball over the course of a week. This time, her list of critics grew from members across the party’s spectrum, with moderates, GOP leaders, and longtime Cheney allies joining longtime Cheney critics in agreeing that it is time to remove her as conference chair.

They argue that it is not about her impeachment vote, but because her role is to message on behalf of the conference — particularly as they look to win back control of the House in 2022 — and her individual views are distracting their message of hitting the Biden administration and Democrats’ “radical socialist agenda.” Democrats, meanwhile, have latched onto the message that the party is seeking to silence Cheney because she is anti-Trump, optics of which have reverberated beyond the Capitol.

Cheney survived an attempted ouster in February after ultra-conservative members sought to remove her over her vote to impeach Trump on Jan. 6, prevailing in a 145-61 secret ballot vote. That is not expected to be the case Wednesday, though it is not clear if the vote will be by voice vote or a recorded secret ballot.

During her floor speech Tuesday evening, Cheney issued the warning that the rest of the world is watching.

“Attacks against our democratic process and the rule of law empower our adversaries and feed Communist propaganda that American democracy is a failure,” Cheney said.

In a brief moment of levity, Cheney noted that preceding GOP speakers had, ironically, just been giving speeches complaining about cancel culture.

“I have some thoughts about that,” Cheney said. “But tonight I rise to discuss freedom and our constitutional duty to protect it.”