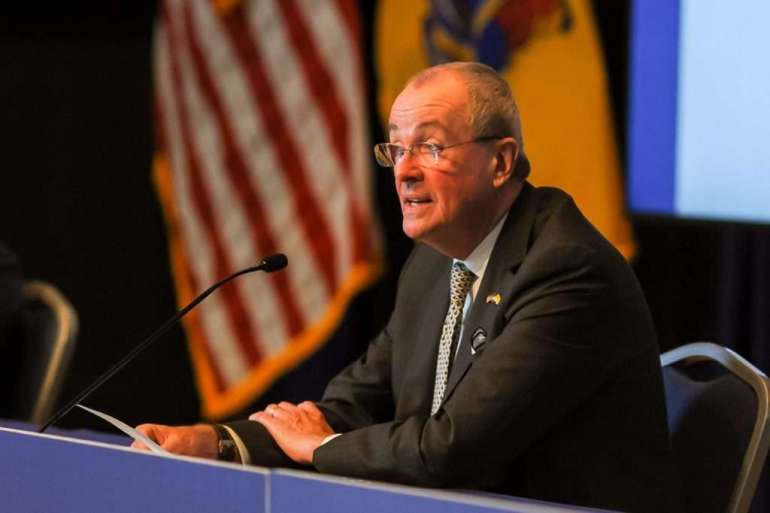 Leaders across the region have largely moved in unison on major Covid-19 announcements, and Murphy’s delay isolates the self-proclaimed progressive on a critical facet of the reopening as he preps for a reelection campaign that will focus heavily on his management of the pandemic.

His decision to continue indoor masking puts him in the uncomfortable position of having to play defense against GOP attacks that utilize the same expert guidance he’d previously used to justify economic lockdowns.

“I don’t want to get burned. I don’t want to go back. We’re the only state in America that has not gone back once and i don’t want to start now,” Murphy said Monday during his regular Covid-19 briefing in Trenton. “I can’t speak for our neighbors, they’ve been great partners, but on this one we feel quite strongly.”

Murphy declined during his briefing to provide an exact timeline for when he might lift the mask restriction, but said during an appearance on CNN later in the day that it could come with “a couple of more weeks on the clock.”

“It’s unbelievable that Governor Murphy is doubling-down on an anti-science mask mandate that the CDC says is no longer necessary,” said state Sen. Mike Testa (R-Cumberland), a self-proclaimed vaccine skeptic. “Instead of following the science here in New Jersey, we have a governor who continues to restrict personal freedoms to cater to the irrational fears of a timid liberal constituency.”

Murphy on Monday called the political fallout “of zero interest.”

“It’s easy to be in the third deck of the cheap seats and, you know, color commentary-ing on what we should do,” he said during his briefing.

Like most public officials, Murphy had been caught off-guard when the CDC announced Thursday it was easing its mask guidance.

The governor suggested Monday he thought epidemiologists would continue to recommend face coverings for at least the next few months and, responding to a question from POLITICO, said he’d previously expected the next round of CDC guidelines to relax rules relating to social distancing, a move that would allow New Jersey restaurants and businesses to further expand capacity.

Though Murphy has relaxed several aspects of the state’s lockdown — schools will be back for full-time, in-person learning in the fall, travel advisories are being lifted, the public health state of emergency is set to expire and outdoor masking rules, in accordance with CDC guidelines, have been shucked — “we are not out of the woods yet,” he said.

“The majority of New Jerseyans are still unvaccinated and we’re not checking anyone vaccine’s status at the door,” he said. “I don’t know how we can expect workers to be able tell who’s vaccinated and who isn’t, and it is unfair to put the burden on businesses and frontline employees to police every patron.”

That former point is particularly true in communities that bore the brunt of infections during the pandemic’s first wave.