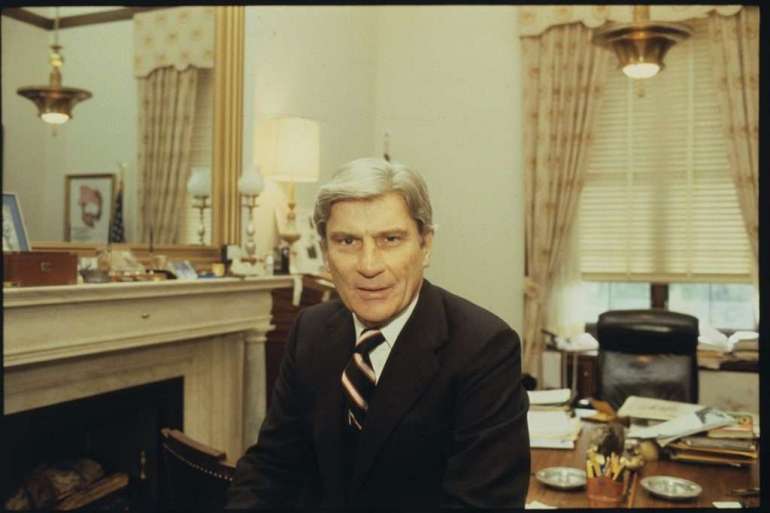 Warner represented Virginia for 30 years, from 1979 until 2009, and was its last Republican senator as the commonwealth has shifted toward the left in recent years. He was succeeded by current Sen. Mark Warner (D-Va.), who ran against him and lost in 1996. (The two are not related.)

“John Warner was a consummate statesman and a public servant who always put Virginia before politics; who put the nation’s security before partisanship; who put the country’s needs above his own,” Warner said in a statement, adding that the two drew close to one another since that 1996 contest. “I will miss his friendship, because I loved him.”

“I am stunned at the loss of John Warner,” Sen. Tim Kaine (D-Va.) said in a statement Wednesday. “Virginia has lost an unmatched leader, and my family has lost a dear friend.”

Prior to serving in the Senate, Warner was a veteran of both World War II and the Korean War and was secretary of the Navy under former President Richard Nixon. As a lawmaker, Warner chaired the Senate Rules committee from 1995 to 1999 and later served as chair of the Senate Armed Services committee for several years.

“The John Warner I knew was guided by two things: his conscience and our Constitution,” Biden said in a statement. “And, when acting in accordance with both, he neither wavered in his convictions nor was concerned with the consequences.”

Considered an esteemed, moderate figure in the Senate, Warner displayed a willingness at times to buck his own party, including on high-profile issues. The Virginia senator opposed Robert Bork’s nomination to the Supreme Court and worked to undermine Oliver North’s 1994 Senate bid to unseat Democratic Virginia Sen. Chuck Robb. He also supported several gun control measures.

“How fortunate, how blessed I have been,” Warner said in a five-page, hand-written note addressed to “my fellow Virginians” after he announced his retirement.

Upon leaving the Senate, he returned to Hogan Lovells as a senior adviser, four decades after departing the D.C.-based law firm to work in the Nixon administration. He retired less than a year ago, at the end of June 2020.

Warner began his legal career as a clerk at the D.C. Circuit Court of Appeals and then as a prosecutor in the city for a handful of years before joining the firm, then called Hogan & Hartson.

Though he was a Republican, Warner made waves when he broke ranks to endorse his Democratic successor in 2014 and sided with Hillary Clinton over Donald Trump during the 2016 presidential election. Warner also endorsed President Joe Biden last year just before Virginia’s Super Tuesday primary.

“There comes a time when I have to stand up and assert my own views,” Warner said in his Clinton endorsement, adding that he was dismayed by Trump’s criticisms of the military.

Biden said receiving Warner’s endorsement was “one of the great honors of my career” and referenced the Henry Wadsworth Longfellow poem “O Ship of State” that Warner requested to be read into the Senate record as a parting gift.

“Through his service in uniform and the Senate, John Warner deftly helped guide our ship of state,” he said.

Warner was also the sixth of actress Elizabeth Taylor’s eight husbands. They divorced in 1982.

Their relationship came about as a result of Warner’s role in helping to plan the celebrations around the U.S. Bicentennial prior to his first Senate run.

Despite his military credentials and marriage to a Hollywood star, Warner initially lost out on the GOP nomination in 1978 to a more conservative candidate, Richard Obenshain, but stepped in after Obenshain died in a plane crash returning from a campaign stop that August.