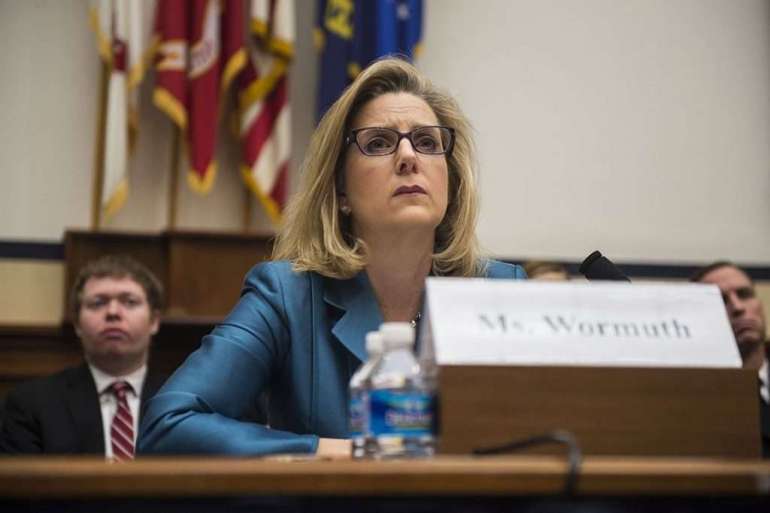 The Senate’s about-face Wednesday night stemmed from a procedural hold Sen. Kevin Cramer (D-N.D.) placed on the nomination — a parliamentary tactic that allows a senator to slow down a nominee — over an issue unrelated to Wormuth. Cramer said the Senate mistakenly approved her nomination before he had removed the hold, requiring leadership to backtrack.

“I had a hold on her. I think you probably all suspected that,” Cramer told reporters Thursday. “They accidentally confirmed her by [unanimous consent] and then they unconfirmed her … because I hadn’t lifted my hold. But I did today. So that’s what happened last night.”

Cramer, a member of the Senate Armed Services Committee, held up Wormuth’s confirmation to force the Army to solve an issue involving an Army major who had been underpaid for 10 months.

Cramer pressed Wormuth on the problem at her confirmation hearing and abstained from a committee vote on her nomination on Tuesday. But by Thursday, after speaking with Deputy Defense Secretary Kathleen Hicks, Cramer said he was confident the issue would be resolved and that the officer would receive back pay.

“In deference to her word and the work done so far, I released the hold,” Cramer said of Hicks.

Still, Cramer said he supports Wormuth and expects she will “do a fine job.”

Wednesday’s late-night reversal notwithstanding, Wormuth was deemed a shoo-in for the post by Republicans and Democrats alike and was swiftly confirmed before the Senate leaves Washington this week for its Memorial Day recess.

A former Pentagon policy chief during the Obama administration, Wormuth led Biden’s transition team at the Defense Department after Kathleen Hicks bowed out to focus on her confirmation process to be deputy secretary.

Wormuth glided through her Senate Armed Services confirmation hearing this month, pledging to be a vocal advocate for fully funding the Army and to fight back against efforts to make the service a “billpayer” for the expensive priorities of the Air Force and Navy.

She is the fourth Biden nominee to be confirmed to a Pentagon post, after Defense Secretary Lloyd Austin, Hicks and policy chief Colin Kahl.

Two more nominees have been approved by the Armed Services Committee and await confirmation by the full Senate: Mike McCord, picked to be the Pentagon comptroller, and Ronald Moultrie, nominated to be the Pentagon’s top civilian intelligence official.

The tranche of military nominees who were confirmed Wednesday — and stayed confirmed — included Gen. Paul LaCamera, who is set to take over command of U.S. forces on the Korean Peninsula.