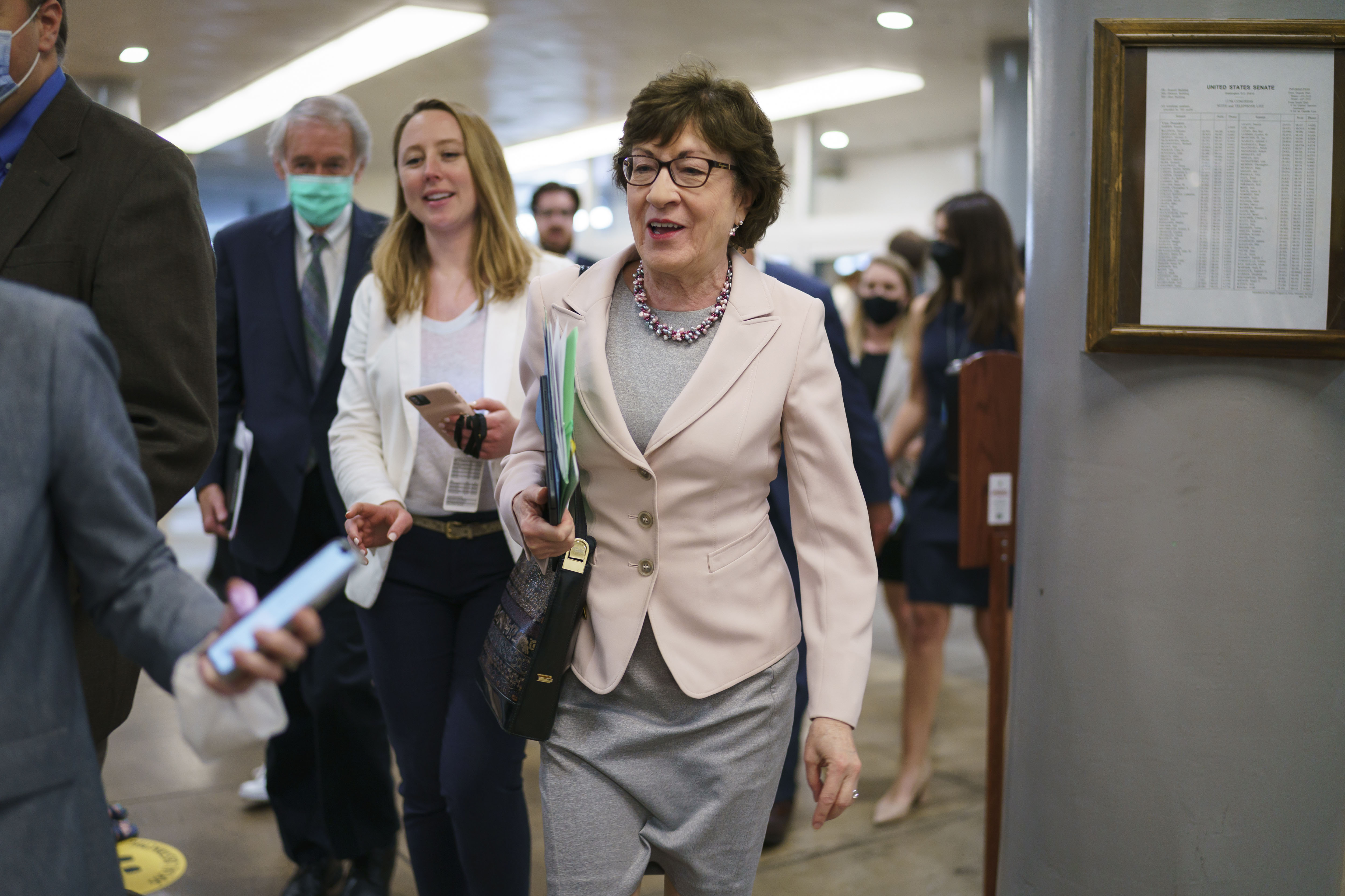 “I’m very pleased that the Senate has shown that it cares about these public servants and wants to ensure that they get the medical care and the compensation that they need,” said Collins, a senior member of the Intelligence Committee.

The Intelligence Committee has heard from several victims of the mysterious attacks who have had to “battle” with the federal government to get sufficient medical treatment, Collins said.

“Anyone who’s talked with them would be appalled to learn that these public servants, who in many cases are serving in difficult or dangerous environments, were having a hard time getting care after they’ve been attacked by this weapon by an unknown adversary,” she added in a brief interview.

The bill authorizes funding for treatment of illness linked to the attacks and gives the CIA director and the secretary of state expanded discretion on how the money is spent. The legislation also requires both the CIA and the State Department to keep Congress apprised of how the funds are being used — a nod to lawmakers’ long-standing frustrations with intelligence officials over what they see as a years-long failure to properly address the matter.

A bipartisan group of lawmakers on the other side of the Capitol, led by House Intelligence Committee Chair Adam Schiff (D-Calif.) and his GOP counterpart Rep. Devin Nunes (R-Calif.), recently introduced a companion bill that could soon hit the House floor.

U.S. officials have long been stumped by the suspected attacks and the symptoms associated with them, which include intense ringing and pressure in the ears, vision and hearing impairment, loss of balance and other cognitive abilities, as well as permanent brain damage. Officials across the government have also struggled to learn more about the specific type of weaponry that directs highly concentrated electromagnetic energy toward a victim.

The attacks were first detected in 2016 in Havana, Cuba, where dozens of American diplomats were sidelined in what prompted a wide-ranging investigation by the U.S. government. The resulting illness became known as “Havana Syndrome.”

Last year, U.S. officials tracked a sharp rise in similar incidents affecting American personnel in various countries and, for the first time, right at home. A National Security Council official is believed to have been hit with a directed-energy attack while walking on the Ellipse, the lawn just south of the White House; two other NSC officials were recently impacted near their homes outside Washington.

The U.S. intelligence community has not formally determined who is responsible for the suspected attacks, which are extremely difficult to attribute due to their “invisible” nature. However, administration officials have told lawmakers that they believe Russia’s military-intelligence unit, the GRU, is responsible, POLITICO first reported.

The U.S. government has significantly ramped up its investigation in recent months to include the entire intelligence community in addition to the National Institutes of Health. Just last week, a senior State Department official was referring employees who report symptoms consistent with Havana Syndrome to the NIH, which has been playing a “leading role” in analyzing symptoms, according to a congressional official briefed on the probe.

“The next step is to continue finding out who’s doing this,” Collins said.

Warner and his counterpart atop the Intelligence Committee, Sen. Marco Rubio (R-Fla.), have vowed to “get to the bottom of” the suspected attacks, and CIA Director William Burns is receiving daily briefings on the status of the government’s investigation.

Americans diagnosed with the traumatic brain injuries have begun to sound the alarm about the suspected attacks and the federal government’s lackluster response.

Marc Polymeropoulos, who served in the CIA for 26 years including senior roles in clandestine operations, suffered debilitating symptoms from a suspected directed-energy attack during a December 2017 stint in Moscow. Polymeropoulos has said the CIA and other government agencies initially did not take his concerns seriously.

“It is an emotional time for many of the victims, who have suffered not only from the moral injury of being rejected by their respective national security institutions, the pain and suffering of their invisible wounds, but also that they paid sometimes thousands of dollars out of pocket for their own health care,” Polymeropoulos said in an interview. “We are deeply appreciative of Senator Collins and many other senators for their indefatigable efforts that led to this day.”

Recent iterations of Congress’ annual Intelligence Authorization Act and the National Defense Authorization Act have addressed medical treatment for people like Polymeropoulos, but the measure the Senate passed on Monday is the most significant expansion of those efforts to date. Collins and other lawmakers are still trying to ensure that victims of the suspected attacks can also gain access to the brain injury unit at Walter Reed National Military Medical Center.