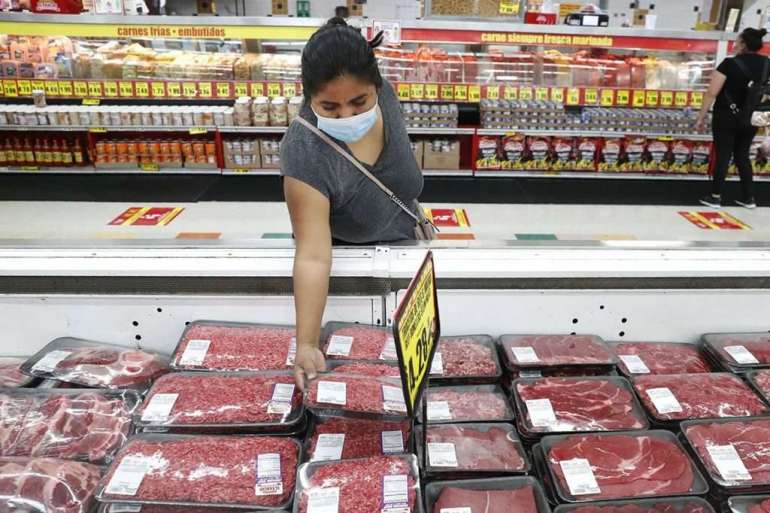 “It’s probably time to be a little worried,” said Jack Ablin, chief investment officer at Cresset Capital. “Obviously, the Fed wants to see some inflation. But one of the mistakes they can make is letting it run too hot. And this economy is so totally accustomed to very low interest rates that even a pretty small increase from the Fed could cause it to roll over.”

Concerns over inflation were rekindled on Thursday as the Labor Department reported that consumer prices rose by 5 percent in May from a year ago, the quickest pace in nearly 13 years. The so-called core rate of inflation, which excludes volatile food and energy prices, rose 3.8 percent, the sharpest rise since June 1992.

Democrats and many economists say that since the numbers are year-over-year comparisons, they look worse than they are, given the severely depressed economic activity during national Covid lockdowns this time last year. And they note that much of the increase was driven by the rising price of used cars and trucks, as well as airline fares and clothing — all of which you’d expect as the country emerges from lockdown.

But the month-over-month core inflation number also rose more than expected. And some economists are now less convinced that sharp price increases will level off even as supply shortages from overseas ease, with U.S. consumer demand already soaring back to pre-Covid levels.

Republicans are increasingly seizing on every bit of inflation data to slam the Biden agenda and call for the Fed to stop pumping so much money into the system.

“We should all be very concerned,” Sen. Pat Toomey of Pennsylvania, the top-ranking Republican on the Banking Committee, tweeted. “The combination of the Fed’s average inflation targeting and its view that inflation will be transitory virtually guarantees the [central bank] will be behind the curve if inflation is enduring. Congress’ massive spending contributes to the problem. It’s time to end it.”

The combination of the Fed’s average inflation targeting and its view that inflation will be transitory virtually guarantees the Fed will be behind the curve if inflation is enduring. Congress’ massive spending contributes to the problem. It’s time to end it.

Some economists who previously worried little about recent price spikes are getting more concerned.

“The Fed has never said how big a reopening spike it expected, but we’re guessing that policymakers have been surprised by the past two months’ numbers,” Ian Shepherdson, chief U.S. economist at Pantheon Macroeconomics, said in a note to clients. “[T]hey do raise the risk that the loosening of labor supply everyone expects in the fall won’t be enough to dampen wage pressures as much as will be needed, in order to prevent a sustained increase in inflation next year.”

Still, despite the higher-than-expected inflation numbers, bond investors shrugged at the news, with long-term interest rates on U.S. government debt declining on the day.

“The financial markets seem to have bought into the Fed’s narrative that inflation is likely to be transitory in the short term,” said Guy LeBas, chief fixed-income strategist at financial firm Janney Montgomery Scott.

Fed policymakers will meet next week when they could provide more guidance to investors on when the central bank expects to begin removing some of its economic support, though the lower-than-expected pace of job growth will likely mean that a shift in policy isn’t imminent.

White House officials say they are also not terribly concerned about recent inflation numbers, though they continue to monitor them closely. A senior administration official noted that much of the May bump in inflation came from vehicles and “pandemic-affected services” like airfares and hotel prices. Without those, this person said, the inflation rate would be close to what it was in 2019.

And the expectation at the White House and within the Fed is that the elimination of supply chain issues and the return of more workers to the retail industry will ease much of the inflation pressure.

The official also said the current labor supply shortage should also ease once younger workers who only recently got vaccinated feel more comfortable about returning to public-facing jobs in hotels, bars, restaurants and stores.

The Biden administration is seeking to pass both a major infrastructure spending bill and a family-assistance plan aimed at addressing long-term economic inequality issues. Those plans would add about $4 trillion more in federal spending over a decade.

And many economists are sticking to their belief that the sharp inflationary pressures will be short-lived, especially given how much used car prices contributed to the most recent report.

“Vehicle prices alone boosted core CPI by 0.38 percentage points last month and by 0.32 percentage points this month,” Eric Winograd, senior economist for fixed income investing at AllianceBernstein, said in a note to clients. “That seems highly unlikely to be permanent—once shortages ease and production ramps back up, prices of used cars in particular should settle down.”

One main concern among economists is that inflation is outstripping almost all predictions and labor supply shortages may not ease nearly as fast as many hope. That’s because many Americans relocated during Covid, decided that staying in the labor force was not worthwhile, or felt that persistent child-care issues would make it impossible to return to the workplace.

“A rise in inflation was always likely to happen this year as economies reopened and energy prices recovered from last year’s sharp falls,” Vicky Redwood, senior economic adviser at Capital Economics, said in a client note. “But in the U.S. in particular, the increase since the start of the year has exceeded even our relatively strong expectations. While this might primarily reflect transitory factors, we continue to think that the risk of a sustained rise in inflation is bigger in the U.S. than in other developed economies.”

The increase in rental housing prices also alarmed some economists given that it could prove a persistent rather than transitory hike.

The Fed meanwhile continues to take a patient approach, showing little sense of urgency that much of the price increases will persist.

Fed Chair Jerome Powell in late April underscored that he wanted to see more job and wage growth and didn’t expect inflation to move up persistently without a healthier labor market. “We’re a long way from full employment,” he said then.