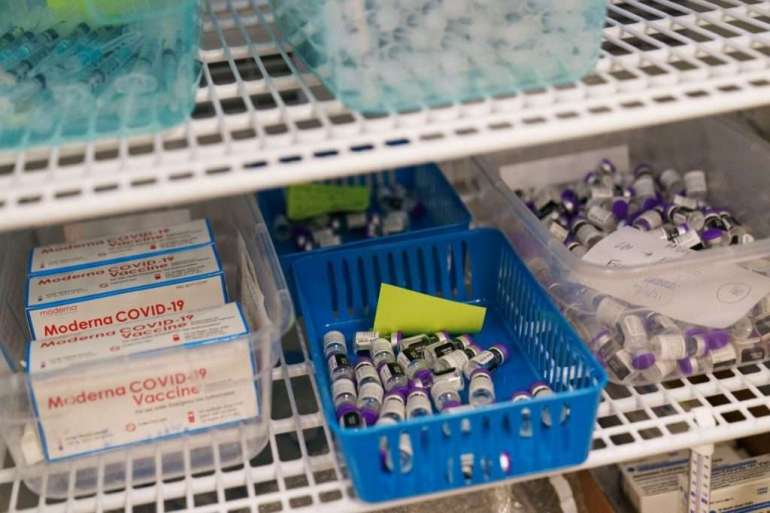 The CDC meeting follows an FDA advisory committee discussion earlier this month about cases of myocarditis and pericarditis seen in a small number of patients who received either of the two available mRNA shots. Health officials are particularly focused on cases seen in people 30 and younger.

FDA wanted to hear from the CDC committee before finalizing the language, Fink said. The FDA warning likely will note that there may be a risk of developing myocarditis or pericarditis within a week after receiving a second dose of either the Pfizer or Moderna shots, and that most cases appear to resolve themselves, he said. Long-term effects, however, are still unclear.

More than 60 percent of adults in the U.S. have gotten at least one vaccine dose, but when you look at the demographic breakdown, things don’t look too good.

The scope of the problem: The conditions are rare, with more than 1,200 cases under investigation as of June 11 among more than 150 million people who have received either the Pfizer or Moderna vaccine. CDC has found more cases occurring after the second shot of an mRNA vaccine. More cases have been reported among Pfizer vaccine recipients, which may be due to the fact that the shot is authorized for people age 12 and up, while Moderna’s shot is only authorized for adults.

The “mRNA vaccines may be a new trigger for myocarditis,” said Matthew Oster of the CDC. The condition can also occur after viral infection, including Covid-19.

Despite the potential risk, the benefit of Covid-19 immunization is overwhelming, a group of federal and private sector public health officials said in a statement issued during the CDC meeting. They urged Americans 12 and older to get vaccinated because the risks of declining the shot “are far greater than any rare side effects from the vaccines,” especially as the highly transmissible Delta variant continues to spread widely and make young people sick.

“The facts are clear: this is an extremely rare side effect, and only an exceedingly small number of people will experience it after vaccination,” officials including CDC Director Rochelle Walensky and Assistant Secretary for Health Rachel Levine said in the statement. “Importantly, for the young people who do, most cases are mild, and individuals recover often on their own or with minimal treatment. In addition, we know that myocarditis and pericarditis are much more common if you get COVID-19, and the risks to the heart from COVID-19 infection can be more severe.”

Keeping watch: If a link is established between the mRNA vaccines and the heart conditions, particularly among youths, the number of cases reported is likely to rise. Nearly every shot administered in the U.S. is either Pfizer or Moderna, and 12- to 15-year-olds only became eligible for Pfizer vaccines as of May 10, when FDA expanded its emergency use authorization to the age group.

The CDC plans to recommend that patients who develop myocarditis after their first mRNA Covid shot delay their second dose until more data is collected on the condition’s link to Covid-19 vaccines, said Sara Oliver of the agency’s National Center for Immunization and Respiratory Diseases. However, she added, the person could receive their second dose after consultation with their doctor if their heart has recovered.

What’s next: Despite lingering questions about myocarditis cases post-vaccination, federal health officials and advisory committee members agreed that the benefits of immunizing teens and young adults exceed the risks. With Covid-19 vaccine makers now studying their shots in children as young as six months, regulators will be watching for any signs of increased risk of heart inflammantion.

Health officials are considering the physiological differences between adolescents and younger children, as well as the severity of disease in those populations, with respect to the benefits of administering shots to various pediatric age groups. Kids are less likely than adults to develop severe Covid, but federal data show that children under 5 and teens have higher rates of hospitalization than 5- to 11-year-olds. Children are also at risk of developing a serious inflammatory syndrome known as MIS-C.