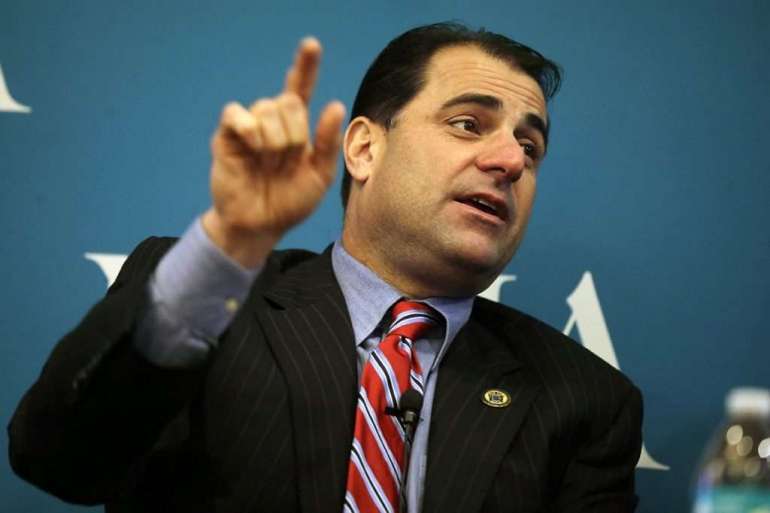 It totals $1.6 billion more than the $44.8 billion spending plan Murphy proposed in February, buoyed in large part by billions of dollars in better-than-expected revenues, and more than $4 billion Democrats who control the Legislature agreed to borrow last fall. There’s also $6.2 billion the state received from the most recent federal stimulus package.

Republican lawmakers fumed that they were shut out of the process, and complained they didn’t see the budget bills until the last minute.

“There has been such a rush and no transparency on this that we’re going to either vote no or abstain on these budget bills. There’s no way, physically, anybody could have read these or gone through them,” said Assemblymember Hal Wirths (R-Sussex), a member of his chamber’s budget committee. “I know sausage-making is ugly, but I’m not going to partake in it today.”

The Assembly Budget committee advanced the bill, 5-4; the Senate Budget Committee cleared it, 8-3.

The Senate committee considered dozens of bills Tuesday —  including a number pertaining to the budget — that were introduced on a rolling basis during the marathon meeting.

That process led to confusion, with committee Chair Paul Sarlo (D-Bergen) repeatedly calling up bills that weren’t yet available for review. At one point, his committee approved legislation that appropriates nearly $115 million of lapsed funds from the current fiscal year budget, even though text of the bill wasn’t publicly available.

“Every year, you guys say it wasn’t transparent enough. But I believe it was no different than any other year,” Sarlo told reporters after his committee adjourned, later explaining away the $115 million bill by saying, “it’s no different from any supplemental appropriation that has gone on for the last 30 years down here.”

Based on the lofty bar set by previous cycles, the 2022 fiscal year budget is running ahead of schedule. With Murphy and all 120-seats in the Legislature on the ballot in November, there’s little chance of midnight negotiating sessions and last-minute requests for special appropriations from individual lawmakers that will risk a government shutdown.

And unlike the previous years, New Jersey has money to spend for FY 2022, with $5.2 billion in better-than-expected revenues as well as the federal stimulus money.

Murphy has the authority to line-item veto certain spending or reject the budget in its entirety, but that’s unlikely to happen this year as both sides have already reached agreement.

The budget must be in place by midnight June 30.

Democrats defended this year’s budget for what it includes, such as the massive contribution to the pension system, prioritizing the debt and investing in in special education and health care.

Some of the top line items include: $500 million for rental assistance, $250 million for utility relief, $180 million for HVAC improvements to schools and $100 million to help reopen child care centers.

“These are priorities that care for those who are most in need,” Assembly Budget Committee member John McKeon (D-Essex) said before “proudly“ voting yes. “I think this is just an amazing budget and the product of the collective efforts of leadership, the governor and the values that we all stand for.“

Assemblymember Serena DiMaso (R-Monmouth) read through the budget score sheet, questioning certain appropriations: “Hoboken Community Center, a million dollars. Highland Park, another 750,000 dollars. My favorite is the spotted lantern fly, which gets 515,000 dollars “My question is, who wants this stuff?” she said. “And why doesn’t the public know who asked for this money to be put aside for these things? Some of them sound like George Costanza made them up.”

The Senate committee took several breaks to regroup as GOP members scrambled to mount opposition to major bills they’d barely seen, or hadn’t seen at all. As the committee hearing crept into its third hour, Sarlo began reading off text of NJ S4000 (20R), which would appropriate $3.7 billion to a “New Jersey Debt Defeasance and Prevention Fund,” before it was distributed to members.

“This is no way to run an asylum,” state Sen. Declan O’Scanlon (R-Monmouth) said.

The committee promptly took a recess.

“It reeks of Nancy Pelosi, we have to pass it to find out what’s in it,” state Sen. Mike Testa (R-Cumberland) told legislative staff as he went into the break.

Daniel Han contributed to this report.