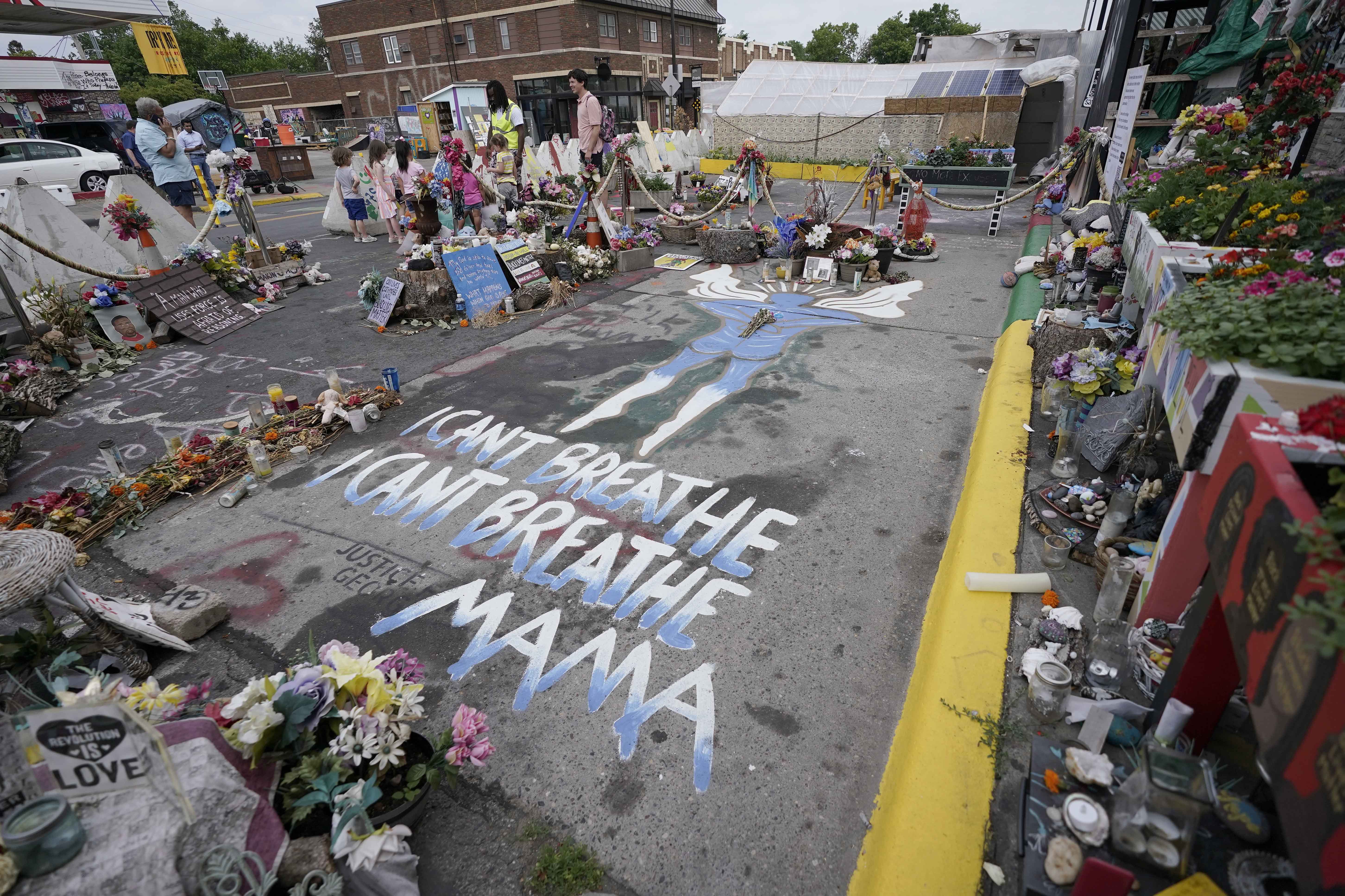 “Between the incident, the video, the riots, the trial — this is the pinnacle of it,” Mike Brandt, a local defense attorney who has closely followed Chauvin’s case, said. “The verdict was huge too, but this is where the justice comes down.”

Chauvin was convicted of second-degree unintentional murder, third-degree murder and second-degree manslaughter for pressing his knee against Floyd’s neck for about 9 1/2 minutes as the Black man said he couldn’t breathe and went limp. Bystander video of Floyd’s arrest for suspicion of passing a counterfeit $20 bill prompted protests around the world and a nationwide reckoning on race and police brutality.

Before the sentencing hearing Friday, Judge Peter Cahill denied Chauvin’s request for a new trial, saying defense attorney Eric Nelson has not shown that the court abused its discretion or that there was any prosecutorial misconduct that would have deprived Chauvin of his right to a fair trial. Nelson argued that intense publicity around Floyd’s death tainted the jury pool and that the trial should have been moved away from Minneapolis.

Cahill also rejected Nelson’s request for a hearing into possible juror misconduct, saying Nelson failed to show there was any juror misconduct or that a juror gave false testimony during questioning. Nelson had accused juror Brandon Mitchell of not being candid during jury selection because he didn’t mention his participation in a march last summer to honor the Martin Luther King Jr. Prosecutors countered that Mitchell had been open about his views in a jury questionnaire and during the questioning of potential jurors.

Under Minnesota statutes, Chauvin will be sentenced only on the most serious charge, which has a maximum sentence of 40 years. But case law dictates that a 30-year sentence would be the practical maximum sentence Cahill could impose without risk of being overturned on appeal.

Prosecutors asked for 30 years, saying Chauvin’s actions were egregious and “shocked the nation’s conscience.” Nelson requested probation, saying Chauvin was the product of a “broken” system and “believed he was doing his job.”

Cahill has already found that aggravating factors in Floyd’s death warrant going higher than the 12 1/2-year sentence recommended by the state’s sentencing guidelines. The judge found Chauvin abused his position of authority, treated Floyd with particular cruelty, and that the crime was seen by several children. He also wrote that Chauvin knew the restraint of Floyd was dangerous.

“The prolonged use of this technique was particularly egregious in that George Floyd made it clear he was unable to breathe and expressed the view that he was dying as a result of the officers’ restraint,” Cahill wrote last month.

Attorneys on both sides are expected to make brief arguments Friday. Floyd’s family members — including his brother Philonise, his brother Terrence and his nephew Brandon Williams — will give statements in court.

Ben Crump, an attorney who has represented Floyd’s family, said family members were feeling “anxious and tense” ahead of the sentencing.

“To us, George Floyd is a cause. He’s a case; he’s a hashtag. To them — that’s their flesh and blood. You know, that that’s their brother,” Crump said.

Chauvin can also make a statement, but it’s not clear if he will. Experts say it could be tricky for Chauvin to talk without implicating himself in the pending federal case accusing him of violating Floyd’s civil rights.

Chauvin chose not to testify at his trial. The only explanation the public has heard from him came from body-camera footage in which he told a bystander at the scene: “We got to control this guy ’cause he’s a sizable guy … and it looks like he’s probably on something.”

Several experts said they doubted Chauvin would take the risk and speak, but Brandt thought he would. He said Chauvin could say a few words without getting himself into legal trouble.

“I think it’s his chance to tell the world, ‘I didn’t intend to kill him,’” Brandt said. “If I was him, I think I would want to try and let people know that I’m not a monster.”

Thirty years “doesn’t seem like long enough to me,” said Andrew Harer, a retail worker who is white. “I would be fine if he was in jail for the rest of his life.”

Joseph Allen, 31, who is Black, said he thinks Chauvin should receive “at least” 30 years, and said he’d prefer a life sentence. He cited nearly 20 complaints filed against the now-fired officer during his career.

Allen said he hopes other police officers can learn “not to do what Derek Chauvin did.”

Nekima Levy Armstrong, a civil rights attorney and activist, called for Chauvin to be sentenced “to the fullest extent of the law.” She called Floyd’s death “a modern day lynching” and predicted community outrage if Chauvin is sentenced lightly.

When asked if she would like to hear Chauvin speak, Levy Armstrong said: “For me as a Black woman living in this community, there’s really nothing that he could say that would alleviate the pain and trauma that he caused … I think that if he spoke it would be disingenuous and could cause more trauma.”

Crump also said he wanted to see a sentence above what is typically given for a second-degree murder conviction.

“There was nothing typical about what Derek Chauvin did in torturing George Floyd to death,” Crump said. “So we don’t expect it to be a typical sentence. It needs to be a sentence that sets a new precedent for holding police officers accountable for the unjustifiable killings of Black people in America.”

No matter what sentence Chauvin gets, he’s likely to serve only about two-thirds behind bars presuming good behavior. The rest would be on supervised release.

He’s been held since his conviction at the state’s only maximum security prison, in Oak Park Heights. The former officer is held away from the general population for his safety, in a 10-by-10-foot cell, with meals brought to his room. He is allowed out for solitary exercise for an hour a day.

It’s not clear if Chauvin will remain there. State prisons officials said that decision wouldn’t be made until after Cahill’s formal sentencing order.

Chauvin and the three other officers involved in Floyd’s arrest are awaiting trial in federal court on charges of violating Floyd’s civil rights. No trial date has been set.

The three other officers are also scheduled for trial in March on state charges of aiding and abetting both murder and manslaughter.