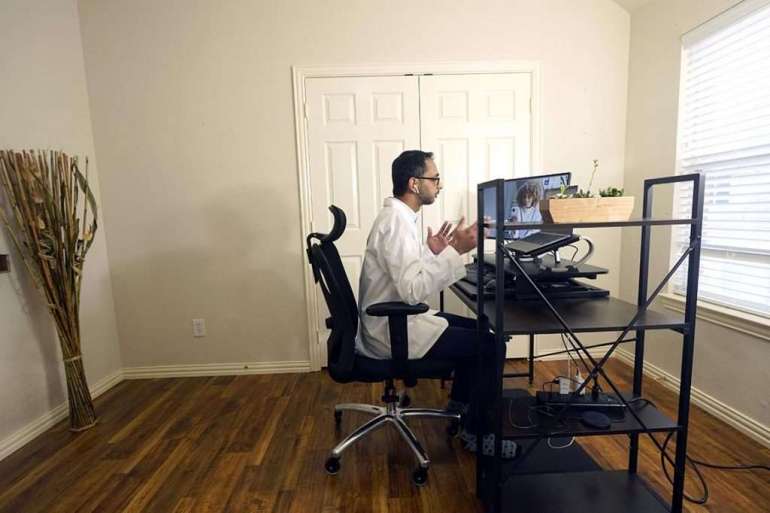 The new momentum is driven by the way Americans quickly embraced remote care during lockdowns, helping cement a permanent role for what had largely been a niche industry. A Senate plan, S. 1512 (117), by Brian Schatz (D-Hawaii) that would permanently enshrine many of the Trump Medicare coverage and payment rules has attracted 59 co-sponsors. Many private insurers have already moved to offer or broaden coverage of virtual visits.

“We’ve gone from the point where if I talked about telehealth to someone their eyes would start to glaze over,” Schatz said. “Now when I start to talk about telehealth, their head nods vigorously up and down.”

But skeptics warn a rapid expansion of telehealth could trigger a surge of new health spending, The Congressional Budget Office has long balked at plans to increase payment for the technology, warning of the financial burden it could put on payors. The Medicare advisory committee MedPAC has recommended a cautious approach that would temporarily cover some telehealth services for all beneficiaries but revert to lower reimbursement rates post-crisis for virtual appointments compared to in-person. There’s also concern a rapid expansion could prompt more fraudulent billings: The HHS Office of Inspector General estimates $4.5 billion of telehealth-related fraud last year.

The CBO found last year that a previous bill, H.R. 5201 (116), that would end Medicare geographic restrictions for mental health care via telehealth would add $1.65 billion in spending between 2021 and 2030.

“We’re still in an uphill battle with [congressional scorekeepers],” said Tom Leary, senior vice president of government relations for the Healthcare Information and Management Systems Society. “The question of potential overutilization is the biggest issue.”

The Schatz plan would end all location-based restrictions on telehealth for Medicare recipients, allow patients to originate care from home and let rural health clinics and health centers that provide care in underserved areas to use telehealth permanently. Before the pandemic, Medicare only covered telehealth in certain rural areas and required patients to travel to eligible health care facilities to access telehealth services.

It would also allow the Secretary of Health and Human Services to lift telehealth restrictions permanently and mandate a study on telehealth usage during the Covid-19 pandemic. HHS Secretary Xavier Becerra has signaled support for lifting the curbs.

More than half of states have permanently loosened restrictions on telehealth this year, with others considering legislation to expand access. Several other proposals on telehealth have been introduced in Congress as well.

Advocates have said the legislation would be a win for patient access and medical care and point to support from numerous provider groups such as the American Medical Association.

“It avoids what we call the telehealth cliff,” said Kyle Zebley, director of public policy at the American Telemedicine Association. “If Congress doesn’t act and the public health emergency is declared over sometime in the not-too-distant future, then all of these regulatory flexibilities that have made telehealth accessible to all Medicare beneficiaries will go away.”

Backers of the legislation are confident they’ll write at least an extension of telehealth flexibilities into law this year, to avoid a potential rollback in access. HHS has said in a letter to governors that the public health emergency declaration lifting telehealth restrictions will likely remain through the end of 2021.

Schatz is looking to attach the legislation to a must-pass bill, which could include a year-end spending deal. If that falls through, lawmakers could opt for a temporary extension that buys time to collect more data on virtual care coming out of the pandemic. This would track with MedPAC’s recommendations, which call for a one- or two-year extension after the public health emergency ends.

Among the influential lawmakers who haven’t signed on are Senate Finance Chair Ron Wyden (D-Ore.) and House Ways and Means health subcommittee chair Lloyd Doggett (D-Texas), whose tax-writing panels have jurisdiction over Medicare. Doggett — who’s expressed concerns over a permanent telehealth scale up before there’s more study— has said he would introduce legislation to extend waivers for telehealth to gather more data.

“Congress will always ask for more data,” said Sarah-Lloyd Stevenson of Faegre Drinker. “My fear is even if we do a two-year extension, they’re going to keep asking for more data.”