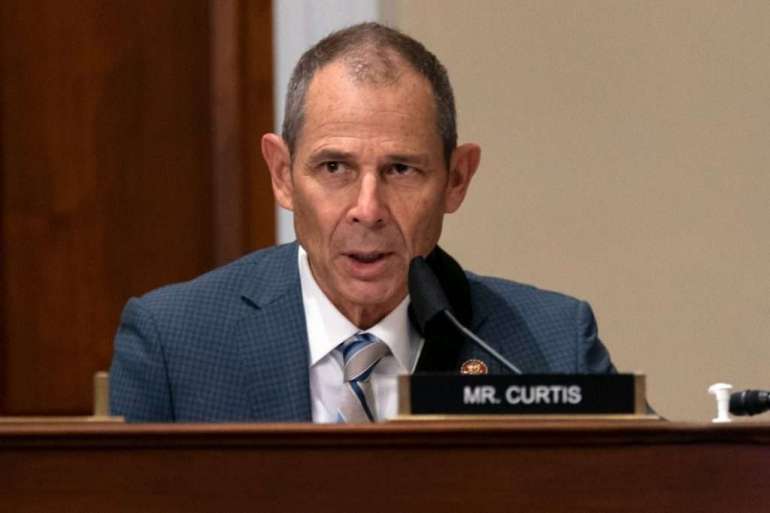 This interview has been edited for length and clarity.

Why was this the proper moment to unveil this caucus, and what are you hoping to bring to the broader climate conversation?

If I had a magic wand, we would have done this sooner. I think the main reason that we didn’t is I’ve been on a personal journey myself for several years, trying to get my climate feet underneath me. Of late, I feel like I better understand the science — although I still don’t completely understand it — but I better understand it. I understand solutions.

And I have sensed from my Republican colleagues that they are much like me in the sense that we regret that we’ve allowed ourselves to be branded as not caring about the environment, and I think that’s not true. I think we care deeply. It’s time for us to come forward with our ideas. We’ve done a wonderful job of telling people what we don’t like and we actually have quite a few good ideas, and we want a seat at the table.

What do you see this caucus proposing in terms of new policy ideas that Republicans haven’t proposed for the last decade or so?

Philosophically, where do you see the caucus headed?

Philosophically, we as a group believe strongly that we do have a responsibility to be good stewards, that the climate is changing and that decades and decades of industrial revolution has clearly had an impact on that, and that there are ways to impact that that don’t have to tear at the US economy — but as a matter of fact will do just the opposite. We will be advocating for things like innovation, direct air capture and carbon sequestration.

I think sometimes people fight [the Republican approach] because it gives life to fossil fuels, but the reality of it is that for some time, many parts of the world — and large parts of the world — are going to be using fossil fuels and very dirty fossil fuels, by the way. A billion people that don’t have electricity and they’re burning wood. China is opening coal plants faster than we could ever imagine. So, unless we’re using our innovation to find a way to deal with that, we can’t ultimately be successful.

I think you’ll hear us talk about reimagining nuclear and that doesn’t mean that we have to accept nuclear as it is today. The next generation nuclear — and making it safer — is very, very important. We can do nuclear at large scale and without a carbon footprint and that’s something that we can’t ignore. Right now, at the very same year that President Biden wants to be at half of greenhouse gas emissions, our nuclear will be cut in half because we’re closing nuclear plants. So you can see that makes that task that much more difficult if we’re without nuclear.

One of the ideas that has been floated by some groups traditionally aligned with conservatives is carbon pricing, but that doesn’t seem to filter down yet to House Republicans. Why do you think Republicans haven’t been swayed by these calls?

To be fair, Democrats haven’t been swayed either. It’s a very unpopular proposal here in Washington, D.C. I have a large number of lobbying groups who talk to me about this. As a matter of fact, Citizens Climate Lobby — who I’m very good friends with in Utah — I commit to take a hike with them every year.

Just this last week I hiked 10 miles with them. On the hike, the leader said to me at one point, “okay, why do you keep meeting with us?” And I said to him, “well, why do you keep meeting with me?” And it’s because we share a genuine interest in the end goal, and we have some differences about how to reach that but we do have a genuine interest in that end goal.

I point out to them a couple of things that concern me about their plan. Nobody has shown me how you adequately deal with China and Russia with their plan. Here again, if ignoring outside our borders, we’re not going to be successful. And I also have serious reservations about the country’s ability to collect the tax and redistribute it, as promised.

None of those things are death knells and I continue to talk to them and explore it, but one of the things I tell them is that: “It’s not me. You don’t even have the Democrats on board with you on this. So, while you keep working on that, let’s not stop talking about other ideas.”

What is your reaction to critics who will say this group is just another attempt by Republicans to adopt a messaging shift without policy to back it up?

So I would think this is a little bit of a litmus test for them. They’ve given us a litmus test in the past which is “Do you think the climate’s changing?” This is a litmus test for them. I’ve had a number of my Democratic colleagues walk up and just really praise our efforts. And I read from that they’re genuine about changing the environmental picture. And so they’re happy that we’re here. If they’re standing at the back taking shots at us, I tend to say, “Well, it’s just political to you and your only concerned about political points and you’re worried about that.”

To those folks, I’d say watch us. We’ve been a group now less than a week. So, don’t be too tough on us but watch us. I am totally ready to be judged a year from on how much impact we’ve had on the debate. I would just tell you 65 members — a third of the Republican conference — have signed up to a document that says the climate is changing and man’s had some influence on it. I think we ought to get a little credit for that. I think that’s a big deal.

Would you agree that climate has sort of become a culture war issue in the past 10 years? Do you think the caucus is trying to deescalate that and how do you go about doing that?

If I walk into a room for Democrats and I say let’s have a conversation about immigration but I’m not going to have that conversation with you unless you admit that the wall will impact in a positive way immigration, I’m not going to have a good dialogue with them, right? it’s just not going to go well. Their chest tightens up, they start seeing red. The reason why is the word “wall” is jam-packed full with all sorts of things that have nothing to do with a physical wall. It has the Trump agenda in it. It has all of these things packed into it.

And the word climate is very similar to Republicans, and it has that same kind of emotional trigger, which has little to do with environmental stewardship and far more to do with “you have to accept the Green New Deal and you have to jump all in.” I really don’t believe most of us deny the science. I think we just hate the question.

With the record high temperatures we have in the Pacific Northwest, the megadrought, the wildfire season that looks poised to be really awful, does any of that indicate new urgency in addressing climate change aggressively? Democrats call it a crisis — do you agree with that framing?

First of all, when everything’s a crisis, nothing’s a crisis. I think it’s a mistake to try to motivate people with the crisis rhetoric. It doesn’t really motivate conservatives.

That’s been a little bit of a mistake by some people in the way that they address climate. They’re frustrated when the crisis or the science doesn’t motivate people. I don’t think science motivates anybody to do anything. Look at Covid, right? The science said wear a mask. The science said don’t gather in large groups, What did people do? They didn’t care about the science. Maybe one of the missions that we can accomplish through this is figuring out how to connect with people on a really motivating level, a level that makes serious change.