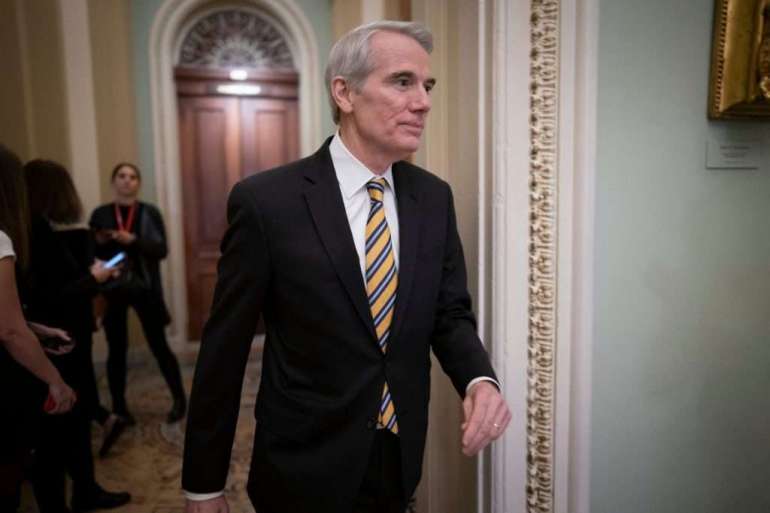 “The fact is that the president has said he wants to have a bipartisan bill, and we all do, but that is not the limitation of the vision of the president,” Pelosi said. “I won’t put it on the floor until we have the rest of the initiative.”

Portman, however, responded that Pelosi’s remarks are “entirely counter to what President Biden has committed to” and “inconsistent with the agreement we have on a bipartisan basis.” He further warned that if Pelosi “has her way we could” end up with nothing.

Schumer reiterated last week that he intends to pass the bipartisan package and a budget blueprint for the $3.5 trillion package before the Senate leaves for the August recess. The New York Democrat held a vote Wednesday to begin the process for passing a bipartisan infrastructure bill, but all 50 Senate Republicans voted against it.

Last week, a group of 11 Senate Republicans sent a letter to Schumer saying that they’d vote to advance the bill, pending final negotiations and receiving a score from the Congressional Budget Office. Sen. Pat Toomey (R-Pa.), the top Republican on the Senate Banking Committee, said on CNN’s “State of the Union” that he would vote to advance the bipartisan bill “if it’s reasonable and fits within the parameters that I think are sensible.”

While the White House and the bipartisan group announced an agreement last month on a framework, translating it into legislative text has proven more grueling. Senate negotiators are still working out the final details of the bipartisan package, which would include nearly $600 billion in new spending. Portman said Sunday that the group is “90 percent of the way there” but that transit remains an outstanding issue. Negotiators were planning to work Sunday on the agreement.

Sen. Mark Warner (D-Va.), who is part of the bipartisan group, said on “Fox News Sunday” that the group is “down to the last couple of items” and predicted legislative text by Monday afternoon.