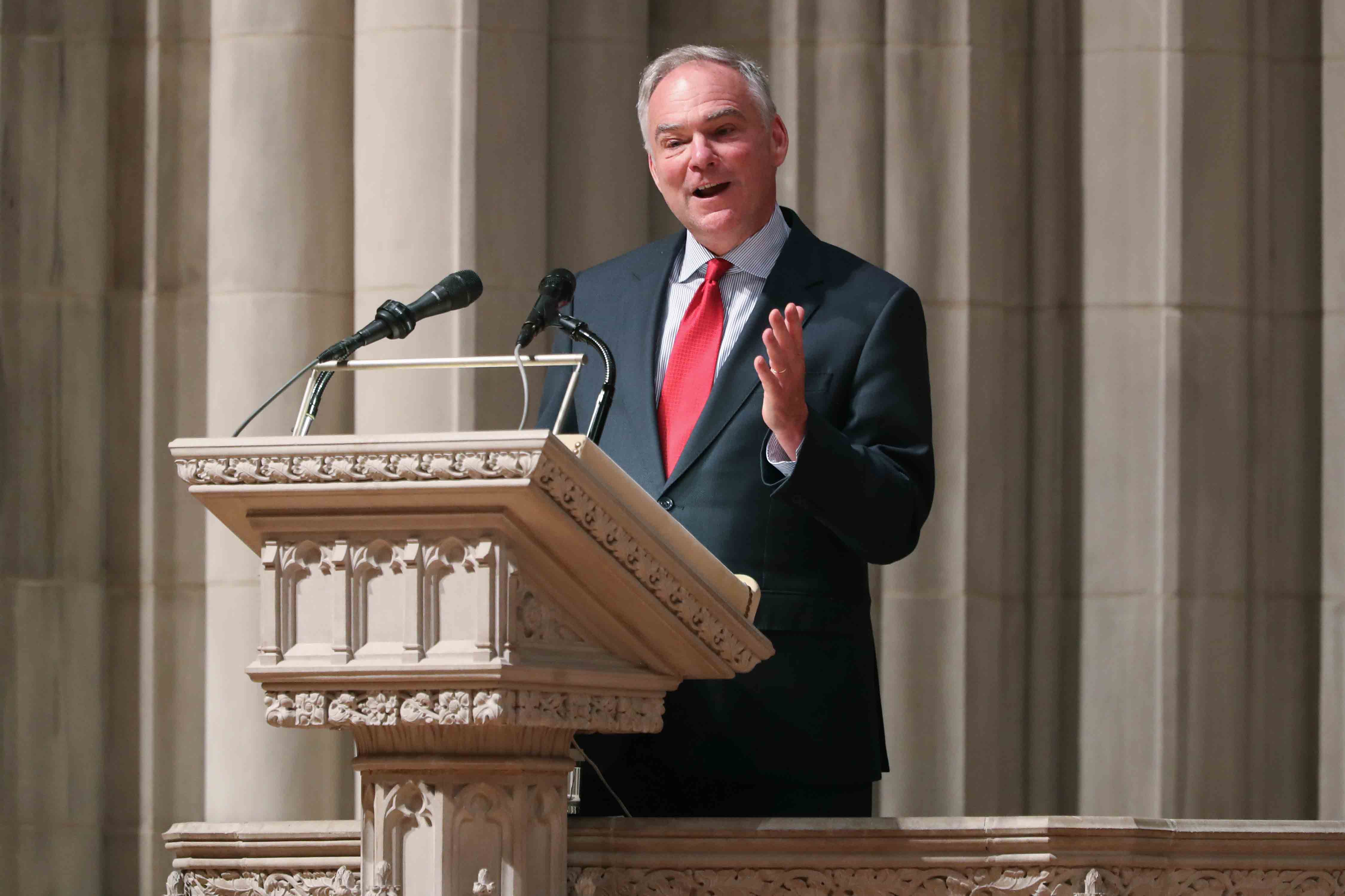 “Congressional action to repeal these authorizations will represent a step toward Congress taking its most solemn responsibility seriously,” said Sen. Tim Kaine (D-Va.), who led the repeal effort alongside Sen. Todd Young (R-Ind.). “Allowing outdated authorizations to persist in perpetuity invites the prospect of serious abuses in the future.”

Senate Majority Leader Chuck Schumer reiterated on Wednesday that he plans to bring up the repeal measure for a vote by the full Senate later this year. According to a POLITICO tally, the bill is likely to secure the requisite 60 votes to break a filibuster, with all 50 Democrats expected to vote in favor and several Republicans already committing to support it.

President Joe Biden has said he supports repealing the outdated authorizations and the House passed separate measures scrapping the 1991 and 2002 AUMFs. Lawmakers said they expect the legislation’s language would be included in the must-pass annual defense policy bill later this year.

While most senators agreed that the AUMFs are no longer operational in accordance with the current threat landscape, some Republicans argued that repealing them would send a signal of weakness and leave the commander in chief without the necessary authorities to respond to future threats, especially while the Taliban is making significant gains in Afghanistan amid the U.S. withdrawal.

“Here in the Senate, it is curious to see that some of our colleagues who are the most exercised about trying to undo authorizations for the use of military force are somehow also among the quietest when it comes to the unfolding disaster in Afghanistan and oversight of ongoing conflicts,” Senate Minority Leader Mitch McConnell said in a floor speech Wednesday.

GOP lawmakers also note the recent uptick in Iran-backed militia attacks on U.S. troops in Iraq, and said getting rid of the 2002 AUMF in particular would unnecessarily hamstring Biden’s ability to respond to Iranian aggression. The president has invoked his Article II self-defense authority to order retaliatory strikes against those proxy forces at least twice, but Republicans have urged him to respond more forcefully.

Sen. Ted Cruz (R-Texas) said that while he supported the intent of the repeal measures, he believes that Biden is “exercising a hard pivot toward Iran” as part of an effort to revive the Obama-era nuclear deal with Tehran, which Cruz and most Republicans oppose.

“The timing of this [AUMF repeal] doesn’t make sense, except in the context of the negotiations taking place in Vienna right now,” said Sen. Bill Hagerty (R-Tenn.), referring to the Biden administration’s indirect talks with Iran about getting back into compliance with the 2015 nuclear deal.

Cruz offered an amendment in committee to clarify that scrapping the Iraq authorizations would not prevent the U.S. from retaliating against Iran. The amendment was rejected, with Democrats and some Republicans contending that it would effectively authorize an open-ended war with Iran.

Young warned that Cruz’s amendment would project an overly expansive view of presidential power that “builds on past abuses” and “makes Congress and this committee irrelevant.” He also said that if it becomes necessary in the future, the committee should debate a separate authorization for the use of military force against Iran.

“There is no longer any legitimate purpose for the 1991 or 2002 AUMFs,” said Senate Foreign Relations Chair Bob Menendez (D-N.J.). “And the time has come for this committee to stop dealing in hypotheticals and to act responsibly.”