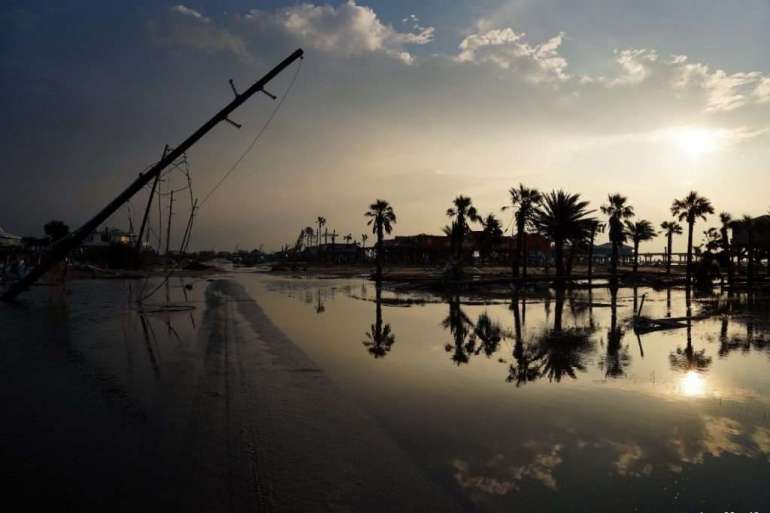 Environmentalists and their supporters in Congress have a message for those companies: Pick a side. With much of the country still recovering from the death and wreckage of Hurricane Ida and after a summer of heat waves and wildfires across the globe, they are promising that businesses will face lasting repercussions to their reputations if they waffle on what could be their best opportunity to take on climate change.

“It’s a really hard test for corporations: Was it all bullshit?” said Lori Lodes, executive director of Climate Power, a group whose leaders include veterans of Hillary Clinton’s and Elizabeth Warren’s presidential campaigns. “There’s one train and you’re either getting on it or we will have a really long, long memory.”

Activist groups have also warned privately that companies belonging to the Chamber and Business Roundtable could lose their place in business climate coalitions before the United Nations’ talks on global warming begin in November, an adviser to those coalitions told POLITICO. If they want to avoid that public rebuke, they need to formally distance themselves from the lobbying groups, said the adviser, who spoke on condition of anonymity to speak candidly.

Such efforts may be starting to produce cracks in the trade organizations. Some companies that belong to the Chamber are composing a letter publicly criticizing the lobby’s stance on climate grounds, three people with knowledge of the effort told POLITICO.

But the Chamber says it’s not backing down in opposing the $3.5 trillion package, which Democrats are still assembling from a series of drafts and skeletal proposals in multiple House committees.

“This isn’t a climate bill; it is an everything and the kitchen sink bill,” Chamber chief policy officer Neil Bradley said in an emailed statement. “One look at the committee drafts that have been released shows that it is literally every policy that the majority hasn’t been able to enact because they lack sufficient support all rolled into one bill. We are not going to solve climate change or any other policy problem that way.”

Just a handful of votes in either the House or Senate could doom the bill — which has both factions banging down the doors of just a clutch of lawmakers in a lobbying frenzy. The results will not only shape the size of government and define how much spending the nation’s legislative body can stomach, but also whether the U.S. can credibly achieve President Joe Biden’s goal for a major cut in greenhouse gas output during this decade.

At least a few companies are trying to stake out a middle ground, distancing their own views on the bill from the Chamber’s without attacking the group. Those include the software giant Salesforce.

“The U.S. Chamber of Commerce’s position on the [$3.5 trillion] reconciliation package does not reflect Salesforce’s perspective on the need for immediate and bold climate action,” Patrick Flynn, the company’s head of global sustainability, said in a statement. “We are actively working to improve the Chamber’s position on climate.”

Those kinds of statements won’t wash, said Sen. Sheldon Whitehouse (D-R.I.), a climate advocate who says companies should quit their trade groups if they’re serious about their rhetoric around climate change.

“That’s a load of crap and I think they know it,” Whitehouse told POLITICO of those statements. “Corporate America built the largest and most powerful lobbying apparatus in history, which now dominates Congress — and they built it for a reason. … They know perfectly well that what other little statements they might make aren’t going to stand against the pressure of the apparatus that they built.”

Other companies say they cannot back the Democrats’ bill, despite supporting aggressive action to slash greenhouse gases.

Hugh Welsh, president of the chemicals and pharmaceuticals company DSM North America, said that although he is pushing the Chamber to bolster its climate position, he agreed with its stance that it’s unwise for Democrats to try to force the bill through Congress on party-line votes using budget reconciliation. He said such a partisan process could lead to a Republican-led Congress repealing the bill later. In addition, he said the bill’s tax increases could outweigh climate incentives and benefits.

The forces arrayed against the bill’s revenue-raising provisions are potent, said Alex Flint, executive director of the free-market climate group Alliance for Market Solutions. “We all talk about lobbies in Washington for one reason or another, but the ‘don’t raise my taxes lobby’ is very powerful. And that lobby is coming out in full force with reconciliation.”

Besides being too partisan to endure, NAM, the Business Roundtable and the Chamber said the corporate tax increases and other measures likely needed to pay for the provisions would ding U.S. competitiveness while hitting consumers.

“As the House advances the process for a budget reconciliation package, Business Roundtable remains deeply concerned about potential tax increases on U.S. job creators that would counteract the benefits of infrastructure investment,” the Business Roundtable said in a statement.

Time for taking a stand is growing short. The House faces a Sept. 27 deadline for a crucial vote on the bipartisan infrastructure bill, which includes $550 billion in new spending. That bill’s fate is yoked to that of the $3.5 trillion reconciliation package, and liberal and moderate Democrats have jousted for months about which bill Congress should enact first.

People working with business-oriented climate groups have told companies that they also have a Sept. 27 deadline, the climate business adviser said: By then, they must publicly support the reconciliation bill’s climate goals and commit to opposing lobbying that would topple revenue-raising provisions, such as corporate tax increases.

“Meetings have happened and are happening with major companies,” the person said. “The ask has been made.”

The reconciliation bill would include hundreds of billions in climate spending, such as renewable energy tax credits, incentives to purchase and manufacture electric vehicles, money to improve home energy efficiency and penalties for fossil fuel companies for their planet-heating pollution, according to proposals Democrats have floated. The House Energy and Commerce Committee will hold a markup Monday on many of the key climate provisions.

Meanwhile, environmental groups and other progressive organizations are working to prevent any of their own potential rifts — especially if efforts by moderate Democrats to lower the bill’s price tag forces Congress to choose between the package’s climate, health and social spending initiatives.

Green activists are also struggling to keep their allies in the Democratic Party, who control the House, Senate and White House, in line to deliver on their climate promises.

The Sunrise Movement and other progressive groups are plotting events throughout the country on Sept. 20 to pressure Democrats, including on Capitol Hill as well as protests in Arizona aimed at Sen. Kyrsten Sinema and one in California for Speaker Nancy Pelosi. Sinema and fellow moderate Democratic Sen. Joe Manchin of West Virginia have been the party’s most prominent skeptics of the reconciliation bill and its price tag.

Ellen Sciales, a spokesperson for the climate group, said the organization has worked with the offices of Senate Majority Leader Chuck Schumer, Sens. Ed Markey (D-Mass.) and Bernie Sanders (I-Vt.) and Rep. Alexandria Ocasio-Cortez (D-N.Y.) to fight for the bill’s most progressive climate provisions.

“Every [environmental] group has its own priorities but on the whole a lot of these groups have been really unified,” she said, citing specific strong support for a proposed Civilian Climate Corps that would offer jobs to young people around the country in various environmental projects. They are also backing a version of a clean energy standard without support for natural gas, requiring utilities around the country to steadily ramp up their clean energy mix while boxing out fossil fuels — unless they capture their emissions.

Progressives and environmental groups saw one positive sign last week when two House Democrats — Reps. Henry Cuellar of Texas and Stephanie Murphy of Florida — indicated that only the climate provisions of the bill should be allowed to increase the deficit, even as they’ve blushed at the package’s overall size.

But climate activists said they would not go along with any attempt by moderates to strip the non-climate provisions from the $3.5 trillion bill in hopes of enhancing its bipartisan appeal. They said progress on climate change would be incomplete without the full sweep of progressive programs.

“We’re pushing for the full Build Back Better package,” said Tiernan Sittenfeld, senior vice president of the League of Conservation Voters. “We’re not negotiating with ourselves.”