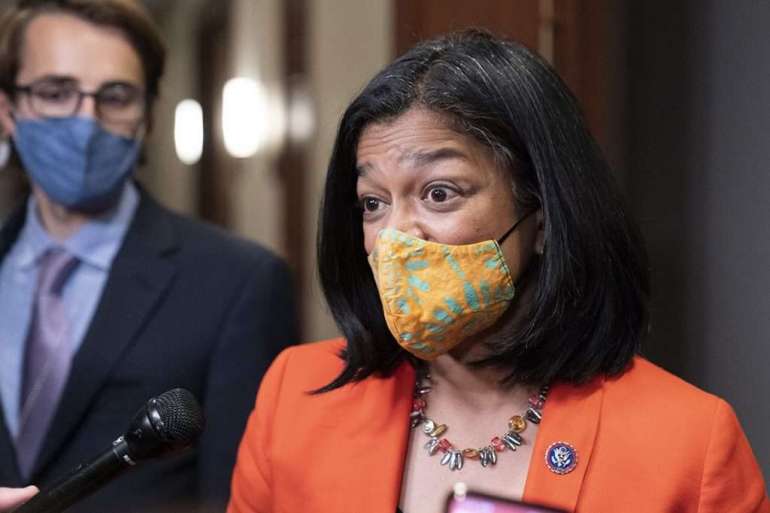 Emboldening House moderates, Manchin (D-W.Va.) expressed new reluctance last Wednesday to the spending plan’s $3.5 trillion price tag, which was agreed upon this summer by Senate Democratic leadership and the White House. POLITICO reported last Thursday that Manchin proposed a deal to Senate Majority Leader Chuck Schumer in July that would limit the total cost of the legislation to $1.5 trillion.

Asked whether House progressives could get behind Manchin’s $1.5 trillion proposal, Jayapal told CNN’s “State of the Union” on Sunday, “That’s not going to happen.” The figure put forth by Manchin is “too small to get our priorities in,” she added, predicting the final cost of the spending plan would “be somewhere between 1.5 and 3.5” trillion dollars.

But Jayapal offered few other details about what exact number House progressives would ultimately accept and instead stressed that debate over the spending plan has “never been about the price tag. It’s about what we want to deliver.”

“We’re not thinking about the number,” she said. “And the president said this to us, too. He said, ‘Don’t start with the number. Start with what you’re for.’ And that’s what he’s asked them for. And then, let’s come to the number from there. So, that’s how we’re thinking about it.”

On a trip to Capitol Hill on Friday, Biden braced House progressives to accept a significantly curtailed spending plan that could ultimately cost between $1.9 trillion and $2.3 trillion. “I wrote the damn bill. … Even a smaller bill can make historic investments — historic investments in child care, day care, clean energy. You get a whole hell of a lot of things done,” he told the lawmakers, POLITICO reported.