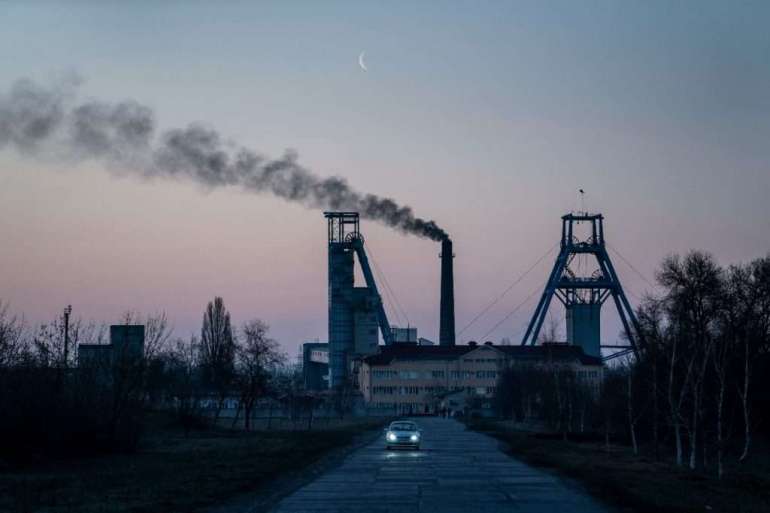 A senior Biden administration official told POLITICO the measure includes exemptions, and that the Biden administration had not settled on how it would instruct its finance aid organizations like the U.S. Export-Import Bank, the International Development Finance Corp. and Millennium Challenge Corp. to implement it.

How tight any carve-outs are for oil and gas is potentially significant for Ex-Im, which approved $5 billion in fossil fuel finance the last two years, environmental group Friends of the Earth said in a statement.

“While this is welcome progress, countries, especially the U.S., must hold firm to these commitments, shutting off the spigot to fossil fuel companies like [Mexico’s] Pemex and Exxon,” said Kate DeAngelis, manager of Friends of the Earth’s international finance program. She also called out “laggards like Japan and Korea” to join the new pledge.

The senior Biden administration official said each country will determine exceptions to the oil and gas portion differently. That could create sizable differences between nations for how they handle oil and gas investment, though the official added the burden of proof for exemptions would be stringent.

In a statement, a State Department spokesperson said the U.S. government has been working to “refine our implementation plan on international energy engagement,” and that “no one should doubt the direction in which we are headed, toward a clean energy future.”

“That said,” it added, “as is reflected in today’s statement, the Biden Administration acknowledges that limited exemptions will be necessary — for example, in cases where there are national security implications or severe energy access concerns. Such exemptions will be part of the Administration’s responsible approach to accelerating the energy transition.”

That implementation appeared to be at the core of the U.S. concerns about joining the agreement. Officials from the U.K., which organized the push, were uncertain whether the U.S. would sign on to the statement even as late as Wednesday. When asked by POLITICO earlier this week about the pending announcement, Special Climate Envoy John Kerry had said he was unsure.

The U.S. wasn’t the only country that was still considering its position shortly before its announcement. Italy agreed to join the alliance so late that it was left off official U.K. government materials that were sent to press.

Luca Bergamaschi, the co-founder of the Italian think tank Ecco said for Italy, one of Europe’s biggest public financiers of oil and gas projects, especially in Africa, the decision represented a significant change. “It sends a strong signal of the need to shift Italian foreign policy and cooperation from fossil fuels, including gas, to clean energy,” he said.

The pledge also left out China, whose President Xi Jinping declined to attend COP26 and has used its “Belt and Road Initiative” to finance tens of billions of dollars of oil and gas investments outside its borders.

Still, the pact, which also included Canada, Denmark and the European Investment Bank, would shift the flow of public money from the signatories and redirect $8 billion annually for clean energy spending through public and private finance.

“The United States and other signatories are finally doing what’s logical in a climate emergency and recognizing the need to stop pouring fuel on the fire. Shifting dirty oil and gas finance to truly clean energy is the only way to avoid the worst impacts of the climate crisis,” Collin Rees, U.S. program manager at Oil Change International, said in a statement.

The Biden administration official said the agreement was similar to guidance the Treasury Department issued to voting representatives at multilateral development banks, such as the World Bank. That, too, created some exemptions for financing oil and gas infrastructure, such as in countries where there are no other viable alternatives.

At the same time, the Biden administration has not yet finished climate guidelines for external finance agencies like the Export-Import Bank, the official noted.

Ex-Im operates with a degree of independence and does not yet have all its vacancies filled. The Senate Banking Committee on Wednesday approved three Ex-Im nominees, including Judith Pryor, President Joe Biden’s pick for Ex-Im vice president. Environmental groups opposed her, contending she too readily approved fossil fuel financing.

Jake Schmidt, senior strategic director for international climate at the U.S.-based Natural Resources Defense Council, said in a statement that Wednesday’s announcement was a “strong signal for clean energy,” but added, “President Biden must ensure that the entire federal government is aligned with this important climate-protection initiative.”

And he said it would be critical that the U.S. limit the wiggle room it carved out to allow for fossil fuels financing under exemptions for development and national security issues.

Karl Mathiesen contributed to this report.

CORRECTION: An earlier version of this report misstated how many Export-Import Bank nominees were approved by the Senate Banking Committee. The panel approved three nominations.