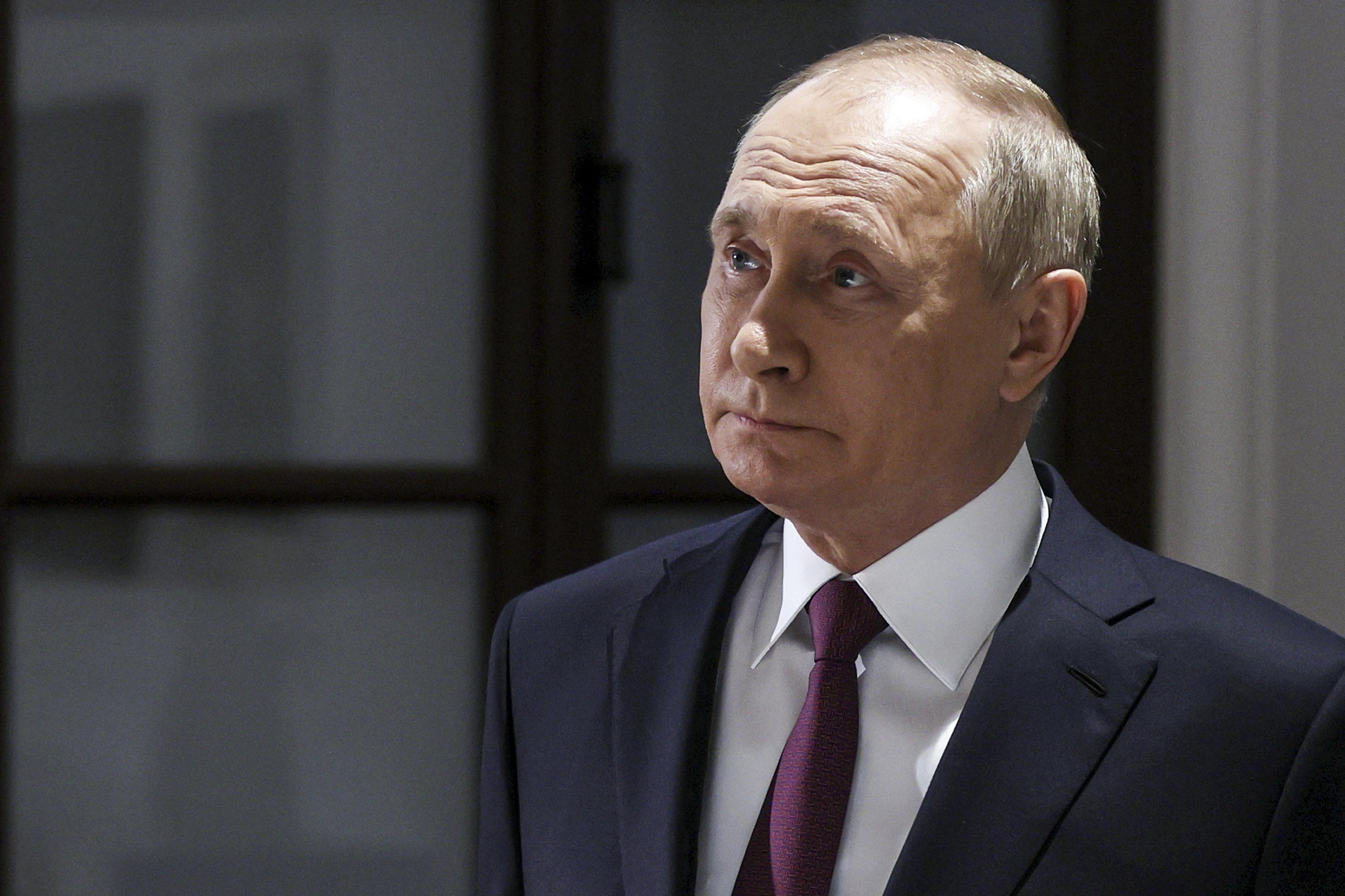 In April, for instance, Moscow surged thousands of troops close to its frontier with Ukraine, alarming Washington and its allies in NATO. Some of those troops would later return to their bases, but enough remained behind, along with hundreds of armored vehicles that Western officials took note.

“This is very different than what we saw in April,” Rep. Mike Turner (R-Ohio), a member of the House Armed Services and Intelligence committees, said Thursday. What we’re seeing now “certainly leads to the conclusion that Russia has different intentions this time.”

In particular, new deployments to Crimea and the arrival of the First Tank Army to Voronezh closer to the Ukraine border have drawn attention.

“There has been a concerted effort in capitals around Europe to convey how concerned we are with the situation,” added a U.S. official in Germany. “Information/intelligence sharing, and conversations across a broad spectrum” from the military and diplomats.

One EU diplomat said U.S. officials had discussions with their Embassy in Washington and “we share the same concerns,” over the Russian buildup along its Ukraine’s border, which includes artillery, tanks, new infantry units and other armored units that are normally based elsewhere in the country.

“The EU is watching the situation very closely,” EU spokesperson Peter Stano said in a statement. “The information we gathered so far is rather worrying,” and the alliance has been “looking into ways to enhance Ukraine’s resilience in case of further escalation,” he added.

Russian units newly arrived along the border have taken to repositioning themselves under the cover of night, a change from previous troop buildups when Moscow made big, public displays of moving armor and troops on railways and highways during the day.

During a visit to Washington this week, Ukrainian Foreign Affairs Minister Dmytro Kuleba told ABC News that with new Russian troops in place along the border, “it will not take Russia a lot of time to resort to an offensive action if it decides to do so.”

Twice this week, nuclear-capable Russian bombers flew over Belarus near Poland, a move Russian officials said was in response to a military buildup in Poland near the Belarus border.

Kremlin spokesperson Dmitry Peskov dismissed the U.S. concerns, according to Russian state-controlled media, saying “the movements of our armed forces on our soil shouldn’t be of anyone’s concern. Russia poses no threat to anyone.”

Peskov also alluded to what he alleged were “active and assertive actions” by NATO forces near Russian borders. “If necessary, we will take measures to ensure our security if there are provocative actions by our opponents near our borders,’’ he said, according to Russian reports.

The senior U.S. national security official, meanwhile, broke the situation down this way: “Putin is putting the capabilities in place for a very quick military intervention into either Belarus or Ukraine. Meanwhile, in the Donbas [region of Ukraine], combined Russian-separatist forces fire every day on Ukrainian forces, with no signs of any abatement.”

The official said it’s unlikely that Putin would stage a military intervention into Belarus, but that the Russian leader likely wants to have equipment in place in case he decides there’s a need to do so.

The U.S. has delivered more than $2.5 billion in military aid to Ukraine since the Russian invasion in 2014, including Javelin anti-tank missiles. The Senate’s version of the 2022 defense budget increases the Ukraine Security Assistance Initiative from $250 million to $300 million per year, including $75 million specifically for lethal assistance. Rep. Don Bacon (R-Neb.), member of the House Armed Services Committee, told POLITICO that the U.S. should “help Ukraine have the weapons and training they need to deter Russia. Our stance should have zero ambiguity.”

Putin’s latest moves come as Belarusian dictator Alexander Lukashenko is increasingly feuding with his European neighbors in a face-off that has continued since Belarusian elections last year that much of the international community viewed as rigged.

Facing growing sanctions on his regime, Lukashenko has reacted by opening routes for migrants from the Middle East and beyond into neighboring countries such as Poland. Thousands of those migrants are now stuck along the borders in what appears to be a growing humanitarian crisis.

In recent days, Poland has sent some 15,000 troops to bolster border security, a situation Moscow is using to justify its bomber flights over Belarus.

Lukashenko also has threatened to cut off gas supplies to Europe as the winter months loom. But cutting off the energy supplies would likely require approval from Putin, whose country is the source of much of the gas that reaches Europe via Belarusian soil.

The Russian leader is no doubt watching the stand-off carefully.

“The Kremlin modus operandi is to widen its options,” the senior U.S. national security official said, adding that “Moscow knows the Lukashenko regime is highly unstable.”

One possibility, according to Russia observers, is that Putin sees the Belarusian dispute with its neighbors as a helpful distraction if he wants to stage another move into Ukraine, which has been at war with Russia since the Kremlin invaded it in 2014.

The senior U.S. national security official admitted, however: “Anyone who tells you they know what Putin will do next is fooling you. No one really knows.”

Erin Banco and Alexander Ward contributed to this report.