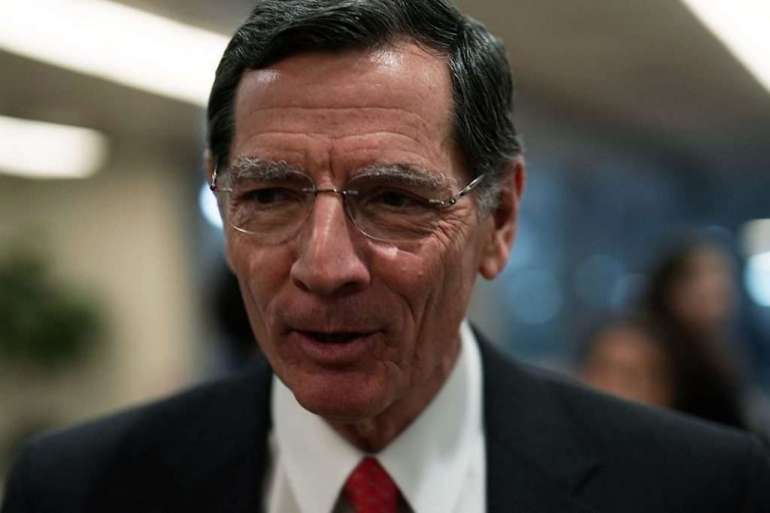 Trump made his remarks about “common sense” to ABC’s Jonathan Karl, defending those who charged into the Capitol on Jan. 6 as working to prevent what he once again described as a grave injustice, the confirmation of Joe Biden‘s election as president. Trump remained focused on baseless assertions that the election was stolen from him, and that it was partially the fault of Pence, his own vice president.

Saying “I voted to certify the election,” Barrasso told host George Stephanopoulos that Republicans on the Hill were now primarily focused on their opposition to Biden’s policies, which he characterized as destructive. He also referred to the former president as “an enduring force.”

“President Trump brings lots of energy to the party. He’s an enduring force. Elections are about the future, not the past,” Barrasso said.

Another Republican was considerably less kind to Trump on Sunday.

Rep. Anthony Gonzalez (R-Ohio), who voted to impeach Trump after Jan. 6, said he was worried about damage to the nation‘s institutions. “The country can’t survive torching the Constitution. We have to hold fast to the Constitution,” he said on CNN’s “State of the Union.”

Gonzalez, who is not seeking reelection in 2022, added: “The cold, hard truth is, Donald Trump led us into a ditch on January 6. The former president lied to us. He lied to every one of us. And, in doing so, he cost us the House, the Senate and the White House. I see, fundamentally, a person who shouldn’t be able to hold office again because of what he did around January 6.“