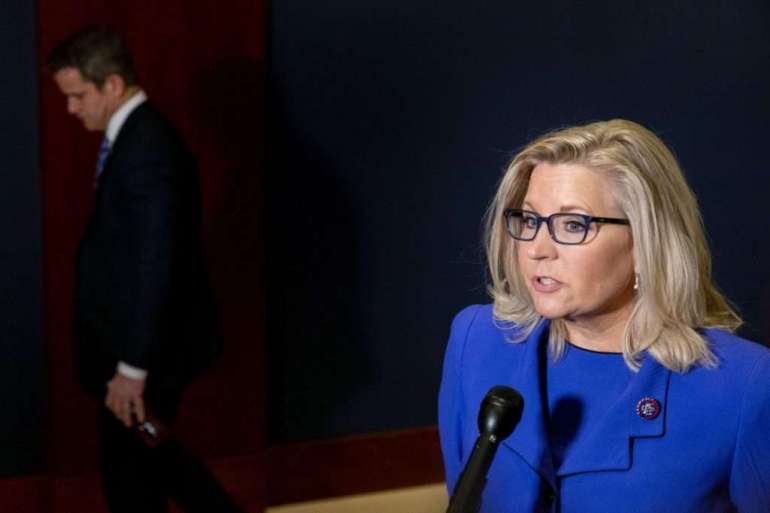 Cheney, of Wyoming, and Kinzinger, of Illinois, are the only two Republicans on the House committee investigating the Jan. 6, 2021, attack on the Capitol. Trump and other GOP members were incensed when Kinzinger and Cheney agreed to House Speaker Nancy Pelosi’s invitation to join the Democratic-led House committee, giving the Jan. 6 panel a veneer of bipartisan credibility.

The move to withhold support for Cheney could benefit her primary opponent, Harriet Hageman, who has been endorsed by Trump. Wyoming’s primary is in August.

Kinzinger is not running for reelection.

RNC members also voted in favor of a rule change that would prohibit their candidates from participating in debates organized by the Commission on Presidential Debates. The institution has been a staple of presidential elections for three decades, but Republicans have decried the format as biased.

“Restoring faith in our elections means making sure our candidate can compete on a level playing field,” RNC chair Ronna McDaniel said in a speech on Friday.