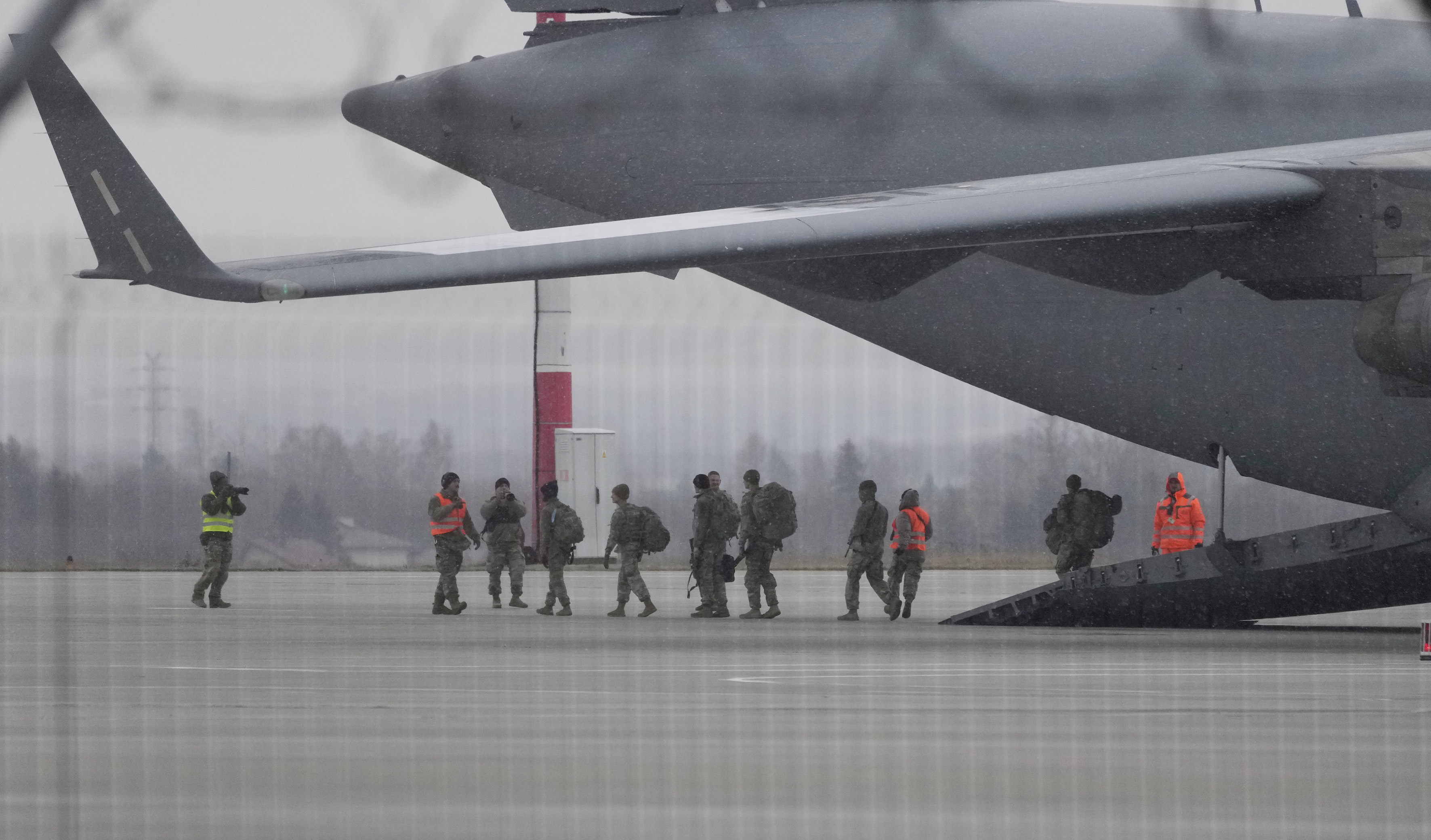 In Warsaw, Polish Defense Minister Mariusz Blaszczak hailed the deployment, saying that “deterrence and solidarity are the best response to Moscow’s aggressive policy, to the aggressive attempt at reconstructing the Russian empire.”

Russia has amassed some 100,000 troops on the borders of Ukraine, some for joint military exercises in Belarus, but insists it has no intentions of invading Ukraine.

A collective response by NATO members is “the best response to a threat, the only method of assuring security to Poland and to other NATO countries on the alliance’s eastern flank,” Blaszczak said.

He stressed he has held a number of talks on the subject with U.S. Secretary of Defense Lloyd Austin.

The division can rapidly deploy within 18 hours and conduct parachute assaults to secure key objectives. Based in Fort Bragg, North Carolina, the division’s history goes back to 1917.

Earlier in the week, U.S. planes brought equipment and logistics troops in preparation for the arrival of part of the division to the airport.

Polish soldiers have previously worked together with the U.S. division on missions in Iraq and Afghanistan and have trained together, according to Maj. Przemyslaw Lipczynski, a spokesman for the Polish Army’s 18th Mechanized Division.

Some 4,000 U.S. troops have been stationed in Poland since 2017 on a rotating basis, as a security boost in the face of Russia’s increased military activity.

European officials fear that the continent’s energy supplies are vulnerable in the case of hostilities over Ukraine.