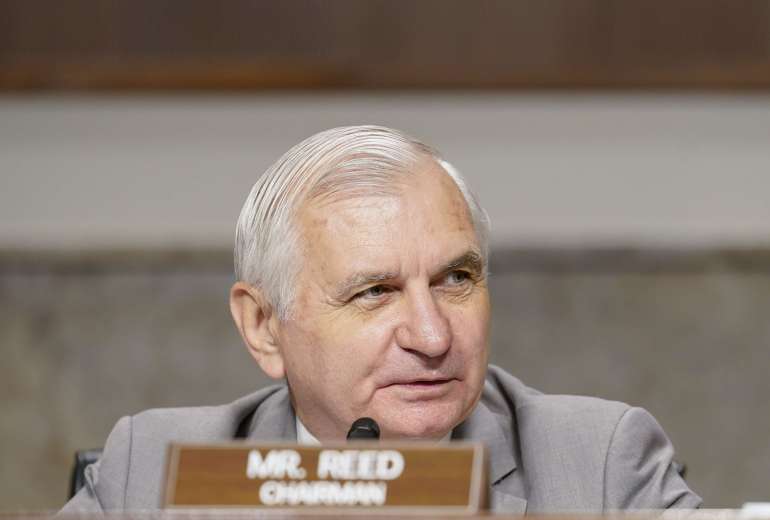 Though the major bill is still in the late stages of negotiations, lawmakers are poised to deliver a second straight bipartisan rebuke to the Biden administration’s defense spending plans. The White House sought $802 billion for national defense programs in its fiscal 2023 budget.

House and Senate Armed Services leaders in both parties and their staffs have been ironing out differences in their version of the defense policy bill for months to pave the way for a compromise to pass before the end of the year.

The chairs and top Republicans of the two committees have largely resolved their differences and have handed the bill off to House and Senate leadership to deal with issues outside the panels’ jurisdiction that could be attached to the legislation.

Lawmakers are aiming to have an NDAA ready for a vote in the House next week. From there it would go to the Senate and, if approved, would head to the White House for Biden’s signature.

Negotiators have been tight-lipped on how they resolved the topline. But a compromise was destined to endorse a national defense budget that is tens of billions more than Biden sought after Democrats and Republicans in both chambers backed large increases on the premise of addressing high inflation and keeping pace with China.

“With inflation factored in, it is a good increase but it’s essential because of inflation and also the need to continue significant programs,” Senate Armed Services Chair Jack Reed (D-R.I.) said in an interview, though he did not specify what amount the panels agreed upon.

If Congress moves ahead with a $45 billion increase to Biden’s budget, it would mirror the topline of the Senate Armed Services-approved defense bill. The panel voted overwhelmingly over the summer to authorize an extra $45 billion on top of the administration’s budget, for a total of $847 billion.

House Armed Services, meanwhile, approved a $37 billion increase to its version of the bill to bring the total to $839 billion

Though the increase to the NDAA topline is a significant showing of bipartisan support for more defense spending, lawmakers still need to pass an appropriations package to fund the Pentagon for the rest of the fiscal year.

A current funding patch runs out on Dec. 16 and congressional appropriators haven’t yet reached a deal.