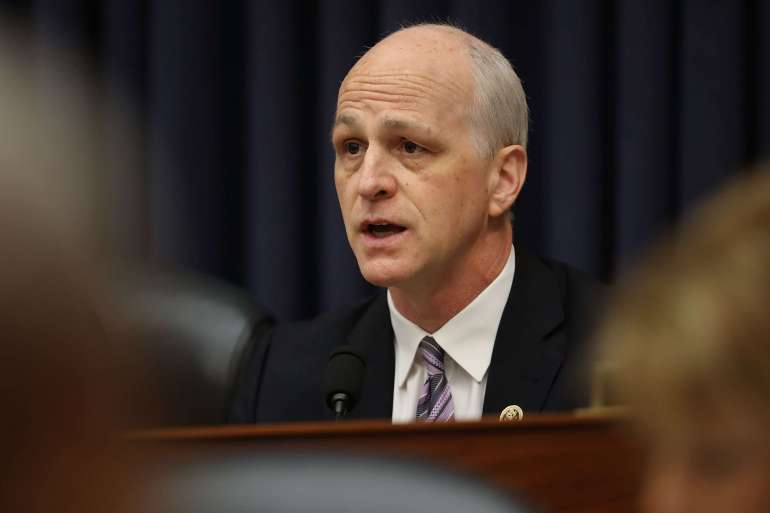 The argument could be a preview of how some national security Democrats respond to potential efforts to put Ukraine aid under more of a microscope than it already is. Republicans will take over the House in January, and Smith will revert to ranking member of the Armed Services Committee.

Some far-right lawmakers want to see assistance to Ukraine curtailed, but many top Republicans have insisted that the party will continue backing Kyiv in its fight against Russia, while also boosting oversight. Senate Minority Leader Mitch McConnell has argued Congress should look to speed up weapons to Ukraine while insisting the money is spent properly.

Smith was responding to another panelist, Sen. Deb Fischer (R-Neb.), who argued, “We need more oversight of the spending for Ukraine.”

“I think, yes, we need oversight, but we don’t need that as an excuse to not fund what we’re doing in Ukraine,” Smith said.

The inspectors general for the Pentagon, State Department and U.S. Agency for International Development have said they’re coordinating their oversight work on Ukraine.

Congress has poured roughly $66 billion into the response to Russia’s invasion of Ukraine. That includes emergency funding for military, economic and humanitarian assistance to Ukraine as well as money for the Pentagon to replenish stocks of weapons that have been sent into the fight. Congress is also weighing another $38 billion request from President Joe Biden for Ukraine as part of year-end funding talks.

The U.S. has also transferred billions worth of weapons and equipment directly from military inventories to Ukraine.

The massive influx of cash and military hardware in less than 10 months has stoked concerns about whether the money can be spent efficiently and if the weapons could fall into the wrong hands.

Sen. Rand Paul (R-Ky.) and others delayed a $40 billion supplemental package in the spring over a push to empower a special inspector general for Ukraine aid. That package requires the Pentagon inspector general to review the department’s execution of its share of the money.

Even some Democrats have raised the prospect that ineffective oversight could impact political support for more money. Sen. Elizabeth Warren (D-Mass.) said following the passage of the supplemental that a full accounting of the already-allocated cash is “critically important for both past and future funding requests.”