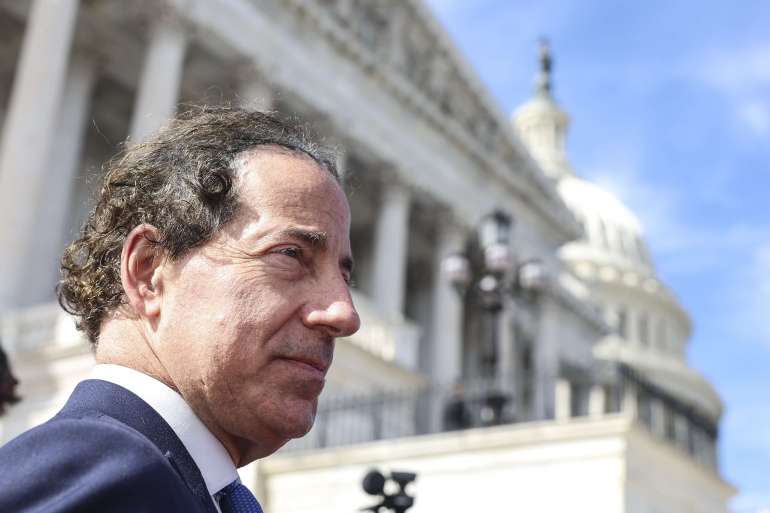 “I expect to be able to work through this period but have been cautioned by my doctors to reduce unnecessary exposure to avoid COVID-19, the flu and other viruses,” Raskin said. “In addition to destroying cancer cells, chemotherapy impairs natural antibodies and undermines the body’s immune system. I am advised that it also causes hair loss and weight gain (although I am still holding out hope for the kind that causes hair gain and weight loss).”

Raskin, who was sworn in to his third term in Congress in 2021, has cemented himself as an influential House Democrat and seen his national profile rise after taking on the role of a manager in President Donald Trump’s second impeachment, and after becoming a Jan. 6 select committee member. Just last week, he landed the top Democratic job on the influential House Oversight Committee, where he’ll serve as a ranking member in the new Congress.

The panel is expected to be home to some of House Republicans’ most high-profile and politically contentious investigations, including a probe into Hunter Biden’s business dealings that Republicans are hoping ensnares President Joe Biden.

Raskin easily beat out Reps. Gerry Connolly (D-Va.) and Stephen Lynch (D-Mass.) for the party’s top role on the panel, which will put him at the forefront of rebutting GOP investigations and serving as a crucial line of defense for the Biden administration.

“In these times of conspiracy theory and disinformation the Oversight Committee is a central place for us to be debunking propaganda and giving the public the truth,” Raskin told reporters about the role shortly after winning the spot last week.

The Oversight Committee’s investigations are expected to be delayed over a protracted fight over who will lead House Republicans next year, with House Minority Leader Kevin McCarthy still working to try to lock down 218 votes he will need to become speaker. Republican lawmakers are expecting multiple ballots that could stretch days, setting up a historic showdown on the House floor.

That has thrown the timeline for setting up House committees and launching investigations into limbo. Republicans had hoped to hit the ground running, but instead they will have to pause many of their plans, including their ability to issue subpoenas or convene meetings. GOP aides have predicted that they are unlikely to start having Oversight hearings before February, with a first hearing likely to dig into how Congress-approved coronavirus relief money was dispersed and spent.

Raskin gave no indication on Wednesday that his diagnosis changes his plans to lead Democrats on the panel. Spokespeople for the Maryland Democrat didn’t immediately respond to questions about the potential impact on his work in the House.

But Democratic colleagues, White House staff and Maryland officials immediately offered an outpouring of well wishes for Raskin as he prepares to undergo treatment.

His diagnosis comes nearly two years after the death of his 25-year-old son Tommy, who died by suicide. Raskin has recounted how his youngest daughter, Tabitha, came with him to the Capitol on Jan. 6, 2021 to provide emotional support as the family grieved, only to inadvertently find herself in the Capitol complex during the attack by former President Trump’s supporters.

“My good friend [Raskin] embodies the highest ideals of our democracy and his leadership in Congress is inspiring. I’m wishing him a quick recovery and keeping the Raskin family in my prayers,” tweeted Rep. Ro Khanna (D-Calif.), a member of the Oversight Committee alongside Raskin.

Rep. Pramila Jayapal (D-Wash.) called Raskin a “fighter” and said he would “get through this even as he works to uphold our democracy.” Meanwhile, Rep. Ritchie Torres (D-N.Y.) said that he was “praying for a strong and swift recovery,” describing Raskin as a “national treasure” and an “oasis of legal integrity and intellect.”