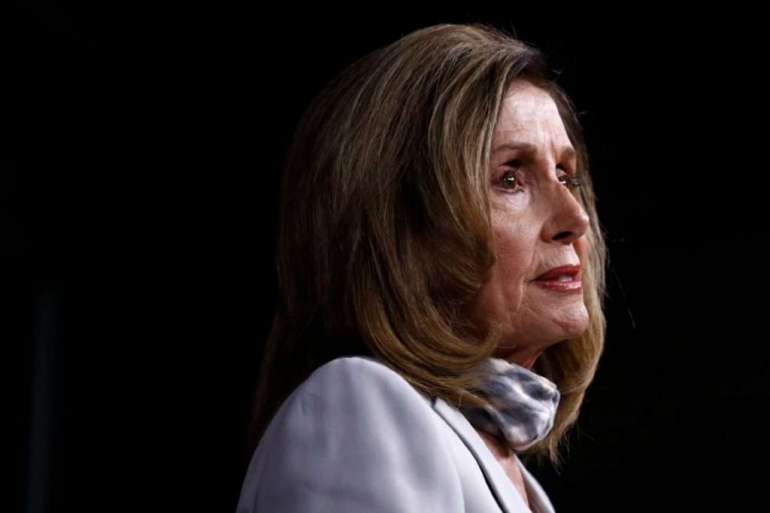 Progressives have called on Senate Democrats to end the legislative filibuster if they win the majority and expand the number of Supreme Court justices to level the playing field. Durbin conceded that with only two Republican senators, Susan Collins of Maine and Lisa Murkowski of Alaska, opposed to the process, “we can slow it down — perhaps a matter of hours, maybe days at the most — but we can’t stop the outcome.”

“If all goes well, then certainly a vote on the floor sometime before the election” is likely, Meadows said on CBS’ “Face the Nation.” “But that’s gonna be up to Leader McConnell and the team and making sure that all of the senators are well-informed of the judge’s credentials, which are impeccable, but we’re optimistic that we’ll be prepared. We’ll start delivering the information to the senators tomorrow, and then we’ll be on Capitol Hill as early as Tuesday.”

Sens. Debbie Stabenow (D-Mich.) and Joe Manchin (D-W.Va.) argued that no Supreme Court justice had ever been confirmed between July and November of a presidential election year.

“Never,” Stabenow stressed on “Fox News Sunday.” “Either party. Never happened.” (Justice William Brennan joined the court in October 1956 as a recess appointment, but had to face a confirmation vote in 1957 to remain on the court.)

Nevertheless, Sen. John N. Kennedy (R-La.) maintained that the Constitution’s “provisions about filling a Supreme Court vacancy are unaffected by the electoral calendar,” and Sen. Tom Cotton (R-Ark.) said Barrett would be confirmed to the high court “next month.”

Sen. Roy Blunt (R-Mo.) added on NBC’s “Meet the Press”: “If for some reason it’s not done, we’ll do it after Election Day. But I think we’re likely to get this done sometime in the month of October.”

Senate Democrats are unanimously opposed to voting on a nominee before voters determine who will be sworn in as president in January. But unlike some of their colleagues, Durbin, Manchin and Sens. Chris Coons (D-Del.) and Cory Booker (D-N.J.) expressed a willingness to meet with Barrett.

Durbin told ABC’s George Stephanopoulos on “This Week” that he had met with every Supreme Court nominee since he became a senator and would “extend that courtesy” to Barrett “if she requests it.” He also said he would be present for next month’s confirmation hearing to “ask her point-blank … whether or not her position is that we should end the Affordable Care Act.”

Manchin similarly noted that he has never refused a meeting with a Supreme Court nominee.

“My state of West Virginia is right in the crosshairs right now when you look at the Affordable Care Act,” Manchin said, adding that he would have to explain to his constituents why their preexisting conditions will no longer be covered and that they won’t even be able to buy health insurance.

Coons said he would “press her on her previous statements about the Affordable Care Act” in an in-person meeting or by phone, and Booker said he planned to ask Barrett whether she would recuse herself from election issues that come before the court.

“That fact that Congress chose to enact an unconstitutional law shouldn’t tarnish Judge Barrett in this,” he said on “This Week.” “Her job is to figure out whether it’s unconstitutional or not. I don’t believe it is.”

Stabenow lamented how clear it is that Barrett “will be the vote that takes away health care for millions of Americans, including 130 million people and counting people with preexisting conditions.” The Supreme Court is scheduled to hear arguments on a case involving the Affordable Care Act on Nov. 10, just one week after Election Day.

“Instead of dealing with what’s right in front of people right now that is causing them real pressure,” Stabenow said, “what we have is a rush to judgment to put somebody on the court that’s gonna take away people’s health care. I just don’t get it.”

Marc Caputo contributed to this report.