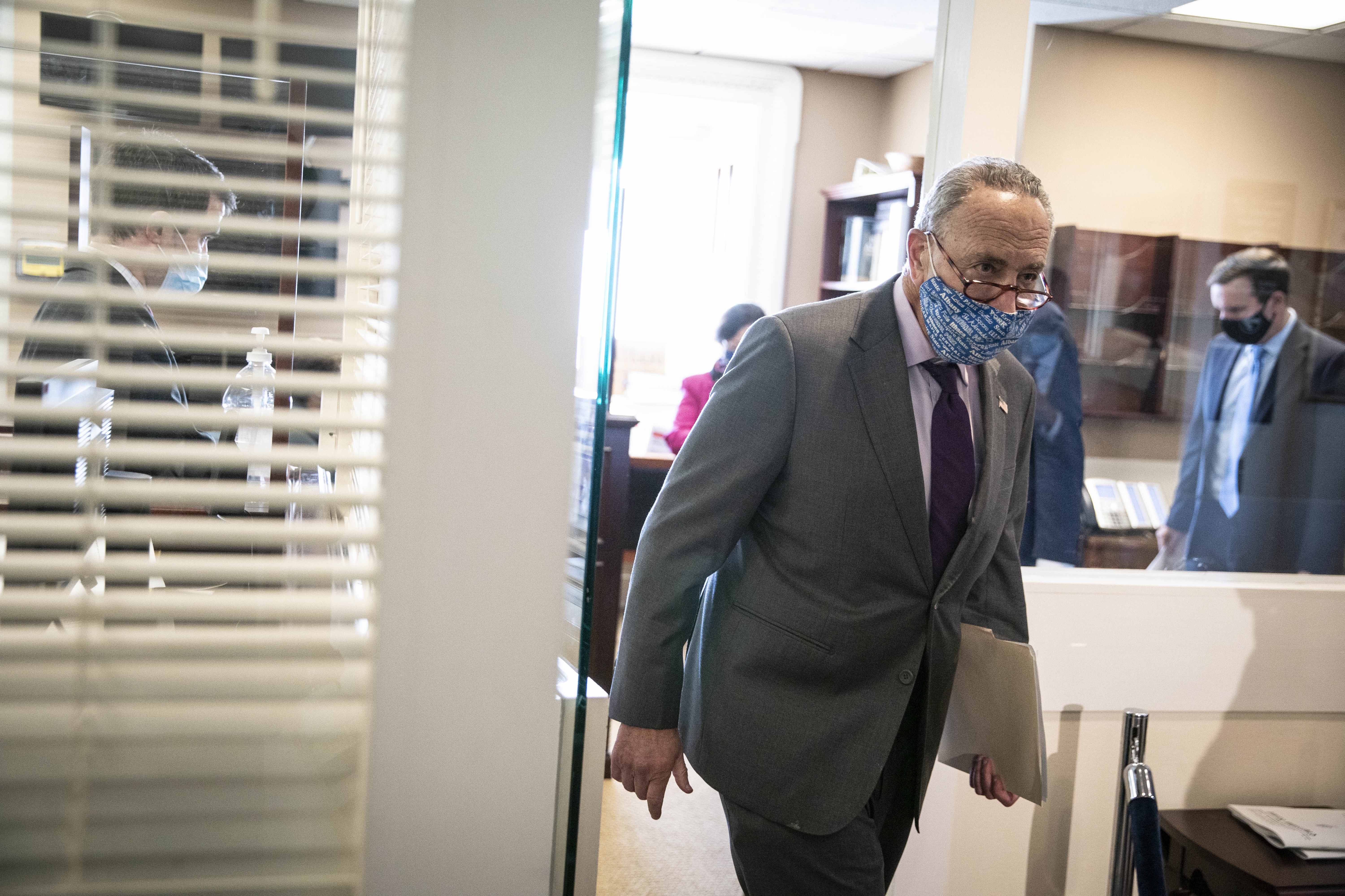 He is calling his members on an almost daily basis to check in with them about how they might handle the hearing, trying to coordinate without the luxury of time or in-person party meetings due to the ongoing pandemic. Sen. Sheldon Whitehouse (D-R.I.), acknowledged Schumer is dealing with “very independent senators on the Judiciary Committee,” but is advising them on the political implications of their message.

He’s “been very helpful about bringing information from the political frontlines where the election is going to be decided, as to what the landmines are to avoid and what voters are most interested in,” Whitehouse, who sits on the Judiciary panel, said. “Out of that has arisen a pretty solid natural consensus about what is top priority here.”

Sen. Chris Coons (D-Del.), another Judiciary Committee member, said that he expects Barrett to respond to questions about her viewpoints with calm, measured answers and impenetrable legalese. He views his job as translating it for the public what a vote to confirm Barrett really means.

“A vote for Judge Barrett is a vote for repealing the ACA. And a vote for a conservative activist judge that will revisit, reconsider and repeal long-standing precedent,” Coons said of his message. “Her faith is not an issue here, nor should it be.”

Republicans are eager to see Democrats stumble in their attacks against Barrett, hoping the confirmation becomes a political lifeline that counteracts President Donald Trump’s poor polling and their uphill battle defending their majority. They are doing little to hide their hopes that Democrats question her over her Catholicism or membership in People of Praise, a small Christian network. Already, Republicans have raised Feinstein’s 2017 comment to Barrett during her Circuit Court confirmation to criticize Democrats. At the time, Feinstein told Barrett, “the dogma lives loudly within you.”

“They could wade into a posture that will be rejected by North Carolina voters,” said Sen. Thom Tillis (R-N.C.), who serves on the Senate Judiciary Committee and is fighting for reelection.

But Schumer says Democrats will not personally tear down Barrett after Supreme Court Justice Brett Kavanaugh’s confirmation hearing became an examination of a sexual assault allegation against him and his personal character. Barrett’s religion and her family have been deemed off limits.

“We’re focused on the issues and the merits. And on the illegitimacy of the process. We are not focusing on the personal characteristics of Amy Coney Barrett. Zero,” Schumer said. “The Republicans are so afraid of the issues of health care and women’s reproductive rights … they’re trying to create a diversion.”

Senators have been preparing for the possibility of a vacancy for months. Senate Republicans vowed in May that they’d fill an opening this year, shortly after Ginsburg was hospitalized. That same month, Senate Democratic leadership and Judiciary Committee aides began to plan for a possible vacancy, according to a Democratic leadership aide. In these discussions, Democrats strategized on their messaging, including maintaining a focus on health care.

With no procedural tools to stop Barrett from getting confirmed to the Supreme Court, the only weapon Democrats have is messaging. But Brian Fallon, executive director of the liberal Demand Justice group, says that Democrats on the Judiciary Committee have been “sleepwalking” so far.