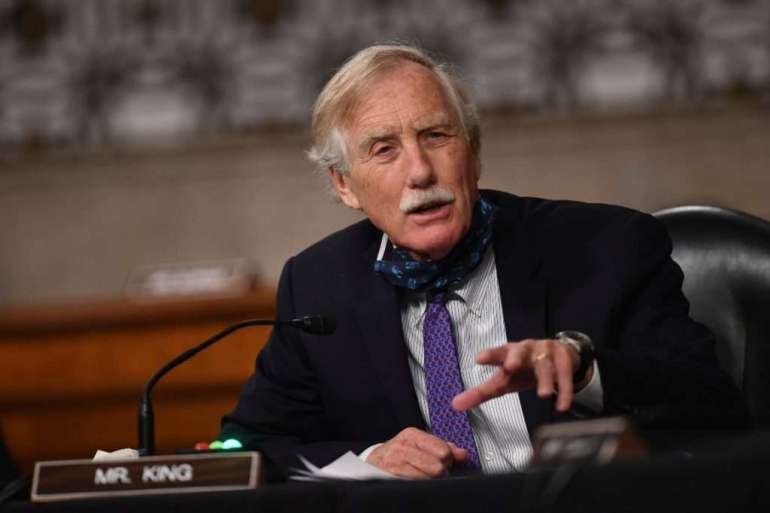 “You want intelligence to be truthful and unvarnished and as straightforward as possible — not what you want to hear, not what supports your policy positions,” King told the Associated Press earlier this year after Ratcliffe’s confirmation hearings. “Because if you don’t get that kind of information, you’re liable to make catastrophic mistakes.”

A former senior Trump administration official said King’s name has been discussed with senior Biden transition officials. And a person close to King said the senator is aware he is in the running. Another person familiar with the internal discussions said King “is under serious consideration.”

Former Defense Secretary William Cohen, a Republican from Maine who served under President Bill Clinton, described King as “a diligent and thoughtful member of the Senate Intelligence Committee for eight years, and in that role has provided effective oversight of the intelligence community. He would be a very capable candidate for DNI.”

Former Obama deputy national security adviser Avril Haines, who is leading the Biden national security transition team, is also a top contender for the DNI role, according to people familiar with the discussions.

“President-elect Biden knows this world well and will appoint serious and credible professionals to restore the morale in the intelligence community which has been badly harmed by the recent appointment of unqualified political appointees to senior positions,” Cohen added.

The Office of the Director of National Intelligence, launched in 2005 to oversee the nation’s sprawling intelligence apparatus and coordinate information-sharing among the 17 agencies, has been a significant source of controversy in the Trump era. In the early days of his presidency, Trump — a deep skeptic of the intelligence community, given its role investigating his campaign’s ties to Russia — wanted to scale back ODNI and even considered eliminating it altogether.

Trump’s first two intelligence chiefs, Dan Coats and Joseph Maguire, were both forced out for not toeing the party line on every Trump narrative. Conversely, Grenell and Ratcliffe quickly authorized a series of selective declassifications about the Russia probe over warnings from intelligence community leaders that doing so would imperil intelligence-gathering capabilities. Trump and his allies used the documents to push their own political narratives, at times drawing misleading or inaccurate conclusions from the information.

Biden, by contrast, has told his advisers that he wants to place people in charge who are already familiar faces to the intelligence community and its oversight bodies — boxes King checks.

King’s office declined to comment directly when asked whether King has been approached about the role.

“Senator King is a committed public servant with an abiding, independent Maine spirit and a deep knowledge of the intelligence community,” communications director Matthew Felling said in a statement.

Felling added that King “has a long track record of advocating for a clear-eyed, fact-based IC, which operates free of political influence in order to best serve America’s national security interests.”

King has a background in cybersecurity policy, an increasingly important part of the intelligence community’s work as it tangles with digital assaults and influence operations around the globe. King currently co-chairs the Cyberspace Solarium Commission, a panel created in 2018 aimed at developing strategies to deter digital threats from U.S. adversaries like China and Russia.

King has also criticized the Trump administration’s hawkish approach toward Iran. In 2019, King cautioned that Trump might be leading the U.S. into an unnecessary standoff with Iran after his administration moved an aircraft carrier and B-52 bombers into the Persian Gulf in response to intelligence showing Tehran had shifted missiles into the region.

He questioned whether Tehran actually intended a preemptive strike or if leaders were simply reacting to Trump’s imposition of harsh sanctions and his unprecedented decision to designate the Islamic Revolutionary Guard Corps, a powerful arm of the country’s military, as a terrorist organization.

But the chance of losing a Senate seat may be a major impediment to King getting the job. Democrats are reluctant to risk any losses to their ranks without a reliable Democratic successor, which is not a foregone conclusion in politically unpredictable Maine. And King has been a reliable Democratic vote in the Senate despite his independent moniker.

Republicans currently hold a 50-48 advantage over the Democrats in the Senate currently, with the final seats to be decided by two runoffs in Georgia, set for Jan. 5.