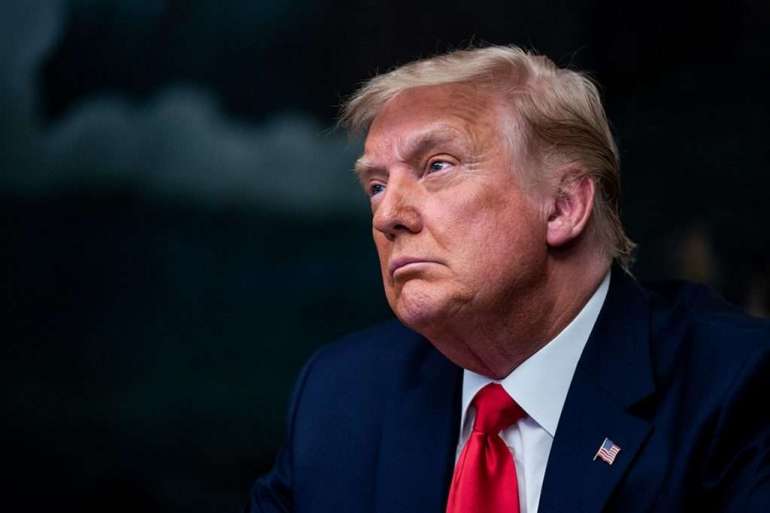 Now, with six weeks left in Trump’s term, the administration’s Medicare team has put together a revised plan — which was circulated inside the administration on Tuesday, with instructions to expedite approval — to start sending letters to 39 million beneficiaries within the next week, touting the drug-discount cards. The cards would then arrive across December and January, according to four officials with knowledge of the plan.

However, the White House is still contending with an unforeseen obstacle: resistance from an industry consortium known as the Special Interest Group for Inventory Information Approval System Standards, or SIGIS. It sets the standards for health benefit cards at the direction of the Internal Revenue Service.

The consortium has spent weeks rebuffing Trump’s proposed drug cards, raising concerns that the president’s planned one-time $200 discount cards weren’t consistent with the other cards it regulates, which are used to shop for medical goods and services, the officials said. The group, which helps govern electronic transactions at point-of-sale, balked at Trump’s effort to limit the cards to be used solely for drugs, which SIGIS maintains would require them to make an exception to the standards that are used to program other cards.

The Trump administration subsequently appealed to SIGIS’ board of directors, which also rejected the president’s proposed cards, said three officials.

The industry panel’s approval is essential for mass-producing millions of cards that work at retail locations, the officials said.

“We thought after the SIGIS board said no, these things were dead in the water,” said a health official.

The Trump administration is continuing to press the organization to reconsider and may instruct SIGIS to simply disregard the regulations that apply to its other cards, officials said. That instruction could come in the form of a letter from Treasury Secretary Steven Mnuchin, who has been involved in the administration’s negotiations with the regulator.

The administration also has been pushing regulators to exempt the cards from security rules under a 2014 Obama-era executive order intended to improve consumer financial protections, such as chip-and-PIN technology.

In a statement, the White House defended its renewed push for the drug cards.

“This has never been about politics, as further evidenced by the fact that the administration continues to move this forward after Election Day,” White House spokesperson Judd Deere told POLITICO. “It’s simply good policy, and demonstrates President Trump is continuing to deliver on his promises to our nation’s seniors to lower drug prices.”

Trump’s pledge to send $200 drug-discount cards to seniors, which he said in September would arrive in “coming weeks,” prompted a scramble to roll out the cards ahead of the election. However, the plan immediately encountered a series of logistical and legal concerns. The health department’s top lawyer, a Trump appointee, warned that the plan could violate election law by being perceived as a last-minute effort to sway voters, and congressional Democrats opened probes into the proposal.

As the card proposal ground to a halt across October, the White House insisted that the president would follow through with the plan after Election Day. “The program is approved and moving forward,” a senior White House official told POLITICO on Oct. 30. “Cards will be sent out in the months of November and December.”

But the plan, championed by White House chief of staff Mark Meadows and backed by Medicare chief Seema Verma, had been largely abandoned until this past week, two officials told POLITICO. The White House is keen to show that Trump is keeping a promise, those officials said, noting that White House Press Secretary Kayleigh McEnany was pressed by reporters last week about the plan’s indeterminate status.

Trump’s drug-card proposal has been panned by drug-policy researchers, who say it would accomplish little to tamp down seniors’ high drug costs. While the White House also has positioned the cards as a legally authorized “test” of the Medicare program, it’s also not clear what the cards are actually testing or why the test is necessary.

“Research has already demonstrated that if you give people money to buy prescription drugs, they will buy more of them,” oncologist Peter Bach, who chairs a Medicare advisory committee, wrote in the New York Times last week. “These same studies also show that when people are indiscriminately given cash for medicines — instead of only those who need that money the most — it costs much more overall than it saves.”

Democrats also have charged that Trump’s promised cards were an inappropriate attempt to influence voters ahead of Election Day, noting that a key vote in Georgia — to determine Senate control — is still looming.

“It’s a last-minute attempt to cover up President Trump’s failed record on lowering drug prices and score political points by squandering billions of taxpayer dollars on a program that won’t do anything to provide meaningful relief to seniors,” said Rep. Frank Pallone, the chair of the House Energy and Commerce Committee. Pallone’s committee, which oversees the health department, has yet to receive an administration briefing or key documents on the plan despite issuing multiple requests in October, a spokesperson said.

One health official briefed on the revised plan called it a “horrible idea” that would inappropriately dip into Medicare’s trust fund, adding that the timing still raises questions.

“Why would our concerns be any less in our current situation than they were before the November election?” the official added.” Are we ready to set this type of policy precedent regardless?”