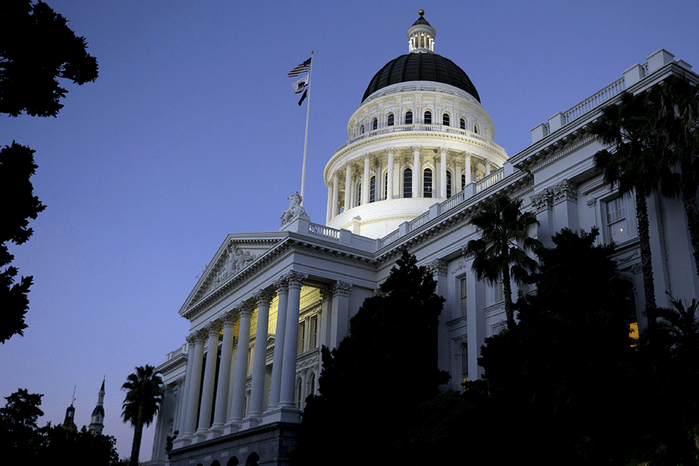 State lawmakers last considered and passed bills in August. They have since held informational and oversight hearings, written letters to Gov. Gavin Newsom and introduced legislation to consider next year. Most spent the fall campaigning before a pivotal general election. At least 10 went to Maui afterward.

Meanwhile, Newsom is calling the shots through executive actions, including stay-at-home orders this month that have affected nearly the entire state.

“I think most of the focus is on the governor because he’s exerted so much control from the get-go, and there doesn’t seem to be the need for statutes, there’s a need for action coming from the governor’s office,” said Democratic strategist Steve Maviglio, who previously worked for former Gov. Gray Davis during the state’s energy crisis and for the state Assembly. “In an emergency, you look for leadership and in the minds of most voters is the governor, it’s not the Legislature.”

The rhythms of the legislative cycle mean that legislators have less authority to act swiftly than Newsom, who has introduced numerous executive orders this year, in addition to his administration issuing public health orders. Urgent legislative efforts to reopen schools, prevent evictions and aid businesses will need to proceed through a deliberative process that could take months when lawmakers return in January.

The situation has, however, given the governor unprecedented levels of power.

Assemblymember Kevin Kiley (R-Rocklin), has sued Newsom over his executive orders and successfully persuaded a trial court judge that Newsom was legislating from the governor’s office — a decision under appeal. Kiley was disappointed that Democratic leaders had not demanded that Newsom call a special session focused on coronavirus.

Our must-read briefing on politics and government in the Golden State.

Legislative leaders remain concerned about bringing together members and their staff, some considered high risk, while Covid-19 rates are skyrocketing. A handful of lawmakers this summer contracted the disease, and the entire Senate Republican caucus was forced to spend the final days of session participating remotely after Sen. Brian Jones (R-Santee) tested positive. In a sign of that concern, the Assembly held its organizational session at the 17,000-seat Golden 1 Center, barred family and restricted media attendance.

The Assembly and Senate still disagree on the extent to which members can participate remotely. The Legislature would need to act urgently if it wants to extend eviction protections and require school districts to reopen, but it’s not clear where — or whether — they will convene in full if infection rates remain at record levels.

“I think we have to use our voice in the process, but I don’t see how these things could be done legislatively with the situation of the legislative calendar plus the pandemic,” said Assemblymember Lorena Gonzalez (D-San Diego).

Not only have the two houses been at odds on voting logistics and legislation, they have been out of sync with Newsom, a relationship the governor is trying to improve by adding Sacramento veteran Jim DeBoo to his senior staff in January.

It’s up to Newsom to call a legislative special session, as Kiley and several interest groups suggested should have happened in the fall, but the governor and lawmakers expressed little interest in having one. The Legislature has convened in the offseason before; during the Great Recession, they passed special session bills in November 2009 to improve California’s chances of obtaining federal education stimulus money.

Newly sworn-in lawmakers last week introduced a flurry of bills to consider once they return next month. Even without a special session, legislators can pass laws that take effect immediately by attaching an urgency clause, which requires two-thirds supermajority approval. Non-budget bills normally must be in print for 30 days before moving through the legislative process, but lawmakers could waive such rules with a three-fourths vote.

Still, lawmakers may resist coming back without an actionable game plan and agreements hammered out by leaders.

“It’s very challenging for any governor to be effective in dealing with emergencies if legislative leaders are not partners in the effort,” said Susan Kennedy, who was chief of staff to Gov. Arnold Schwarzenegger when he called multiple special sessions, including eight in one legislative cycle. She now works on communications and strategy for Lyft.

“If there’s not a lot of cooperation between legislative leaders and the governor’s office, it just makes the job 10 times harder,” Kennedy added.

Democrats wield two-thirds margins with votes to spare in both houses. But Senate President Pro Tem Toni Atkins (D-San Diego) this week urged her members to be judicious, warning against overwhelming the body’s limited capacity to expedite bills.

“There is going to be tension and pressure to do some really critical things sooner,” Atkins said. “What I’ve advised my colleagues is if you have something you’re proposing that needs to be done sooner, you need to be having conversations with your colleagues” to line up votes.

Schools and housing loom as two of the most urgent issues, and both have drawn bills that would take effect immediately when enacted. Assemblymember David Chiu (D-San Francisco) hopes to extend an evictions moratorium that will expire in January, and Chiu said in an interview that he would likely “be working through the holidays” to negotiate a ready-made compromise. Newsom said Monday he hoped to work with the Legislature on both commercial and residential evictions.

“We absolutely can use the legislative process to get this done before January 31,” Chiu said. “In these times the idea we have to wait until January 2022 for new laws to go into effect doesn’t make sense for the exigency of the circumstances,” he added, “so I think there’s a sense we have to move fast.”

Similarly, Assemblymember Phil Ting (D-San Francisco) introduced a bill that would compel schools to reopen when their counties enter a less-restrictive tier of state coronavirus rules. The bill is sure to launch a battle with teachers unions and a fierce debate about local control — but Ting said there simply isn’t time for a protracted process. Ting said he is aiming to get the bill signed by March 1, and he said last week that Newsom is interested.

“I would hate for the bill to go into effect and not have an impact in this particularly school year,” Ting said. “We have so much learning loss going on right now, we have an achievement gap that’s growing.”

On some issues, lawmakers believe the most direct route to action could be appealing to Newsom. Gonzalez and colleagues signed a letter to Newsom this month imploring the governor to open playgrounds, citing the relatively low risk and the physical and mental needs of small children. By the time a bill could pass, Gonzalez said, it might be a moot point.

Newsom agreed to reopen playgrounds days later. It was a win for the lawmakers and parents, but the situation also showed just how much power the governor wields over everyday activities at the moment.

“Our role is to tell [Newsom] what we’re hearing on the ground,” Gonzalez said. “We have growing despair about schools and learning loss and we do need to communicate that to him because he’s being pulled in so many directions.”