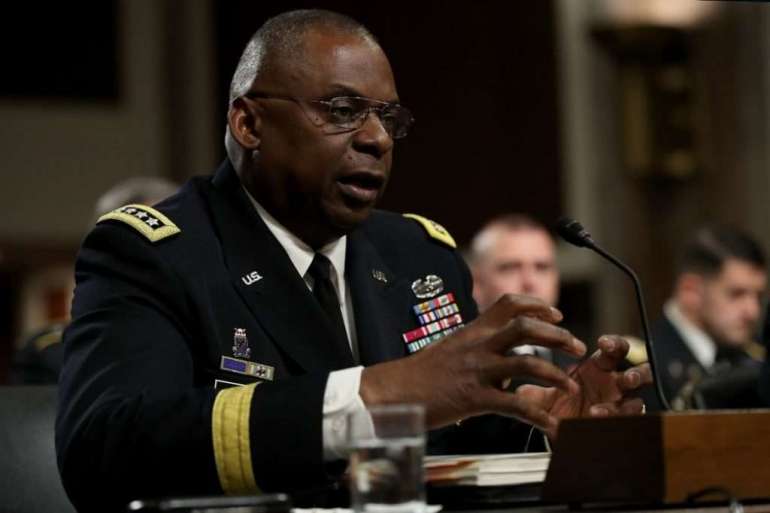 Multiple Democrats on the House Armed Services Committee have argued against the last-minute maneuver, saying the issue should be hashed out in public hearings early next January as had already been planned. House Armed Services Chair Adam Smith (D-Wash.) has made clear that he supports bringing in Austin to testify next month before any vote on a waiver.

Clyburn and other Biden allies say they do support including the waiver in the spending bill, which was first reported by Axios.

“The waiver is an important issue, and one that members are going to have to decide on. … I am 100 percent supportive of his nomination, of people supporting the waiver,” Rep. Steven Horsford (D-Nev.), who leads the Biden transition task force for the Congressional Black Caucus, said in an interview.

Asked if he would back slipping a waiver into the spending bill, Horsford said: “I would support an approach like that.”

Sen. Jack Reed (D-R.I.), the top Democrat on the Senate Armed Services Committee, is also supportive of the effort by Democratic leaders to tuck a waiver for Austin into the funding bill, according to a source familiar with the matter.

After backing a waiver for President Donald Trump’s first Defense secretary, Jim Mattis, in 2017, Reed said at the time that he would not support granting another exemption to the seven-year rule. The Rhode Island Democrat has since backtracked, saying in a statement this month that “one cannot separate the waiver from the individual who has been nominated.”

A spokesperson for Reed said that while senators have been discussing procedural options for the Austin waiver, Reed “has not asked for it to be included” in the funding bill.

The issue poses a dilemma for some Democrats, who are afraid to be seen as holding up the nomination for the nation’s first Black defense secretary — but also don’t want to be seen as hypocritical after refusing to support a similar process for Mattis.

House Majority Leader Steny Hoyer (D-Md.), too, suggested Friday that he supported a full debate on the waiver.

“It’s nothing against Austin … but I think there needs to be debate about it,” Hoyer told reporters. “And I think Austin will be approved. So, it has nothing to do with the individual.”

Senate Minority Leader Chuck Schumer has called Austin a “very good nominee” but has declined to publicly address the waiver issue. A spokesperson for Schumer declined to comment on whether to include it in the spending bill.

The internal disagreement over the spending bill, though, may ultimately be a moot point: Several sources said they were skeptical Republicans would agree to add the language, though discussions remained in flux Friday afternoon.

Including a waiver in the funding bill would help Democrats avoid the thorny issue. Indeed, some Democrats have privately grumbled about Biden choosing a nominee who requires a waiver.

In 2017, 17 Democratic senators voted against granting a waiver to Mattis; a significant chunk of that group has already gone on record opposing one for Austin, too. Enough Republicans will likely support a waiver for Austin that it won’t be an issue for his nomination.

Passing the waiver in the omnibus would bypass the committee process and notably undercut Smith, who has said Austin should testify before the panel before it votes on yet another waiver. The Washington state Democrat received assurances from Biden’s transition team that they’ll make Austin available to testify in the House as part of his confirmation process.

“If we have to vote on it, then we ought to have the nominee before our committee so that we can ask questions about his understanding of civilian control of the military and to reassure ourselves,” Smith said in an interview last week with MSNBC.

Smith and most House Democrats opposed a waiver for Mattis to serve as Defense secretary after Trump’s transition team barred the retired Marine general from testifying in the House. The waiver for Mattis still easily passed the House and Senate.

Congress has only granted the waiver twice — the first was for legendary Army Gen. George Marshall and the second was for Mattis.

Clyburn’s office, in a statement, confirmed that he supports the granting of a waiver in the omnibus package.

“Gen. Mattis’s waiver was approved without a House hearing, so the precedent has been set,” a Clyburn spokeswoman said.

The discussion of a waiver is among several last-minute issues surrounding the $1.4 trillion omnibus spending package. Federal cash expires at midnight, but the spending bill has been held up as congressional leaders attempt to clinch a long-awaited coronavirus relief deal.

A similar debate played out four years ago, when congressional Republicans weighed whether to use an end-of-year government funding bill to ease Mattis’ confirmation. Lawmakers agreed to include an expedited process for the Senate to consider a waiver for Mattis, but not the waiver itself.

Caitlin Emma and Heather Caygle contributed to this report.