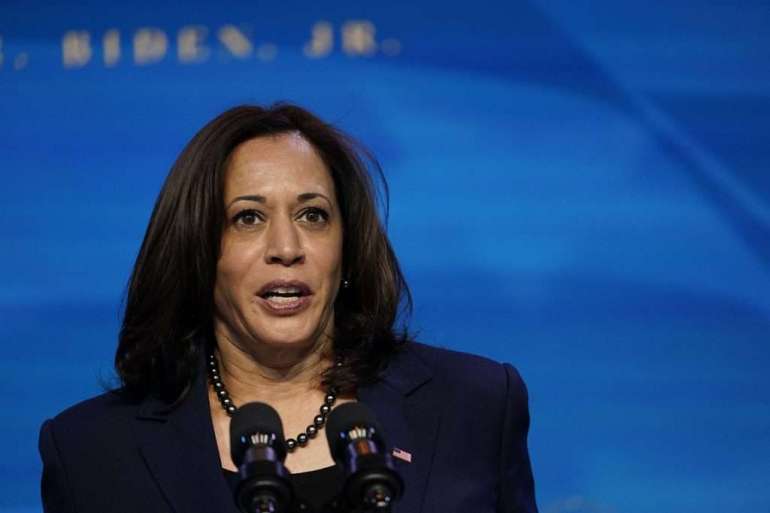 “Al Gore got ‘reinventing government’ as his portfolio, which real people didn’t understand,” said Rose Kapolczynski, a longtime adviser to Barbara Boxer, Harris’ Senate predecessor. “Harris will get to cast tie-breaking votes to save lives in a pandemic.”

Harris and Biden have both emphasized that she will be a “full partner” to the president-elect, in a role that Biden likens to his own under former President Barack Obama. But, unlike Biden in 2009, the first-term senator from California doesn’t have many clearly defined policy lanes that could become a natural place to carve out issues for herself. Aside from speaking at Cabinet nominee rollouts and briefly stopping off at small events promoting charities and businesses around Washington, she’s mostly worked mostly behind the scenes during the transition period.

Harris, who is widely expected to run for president again in the future, has been cautious about making political moves that could irritate Biden, who has not said whether he plans to run for reelection in 2024.

In the run-up to the Georgia elections, Harris said little in public or private about the prospect of serving as a tie-breaking vote. She has long resisted engaging in hypothetical scenarios and has spent her time focused on the transition, hiring staff and preparing for Jan 20. She joined Biden in campaigning in Georgia, making a late, populist appeal to voters and criticizing Republicans for blocking $2,000 COVID-relief checks.

The Biden transition’s legislative affairs unit was, however, already planning for the possibility of victory, even as Democrats close to the president-elect and vice-president-elect remained bearish on winning both Senate seats. The transition team is now focused on finalizing its legislative plan, and it’s unclear where Harris fits within that strategy, according to two people familiar with the planning.

Had Republicans maintained their advantage, Harris’s duties at the Capitol would have almost certainly been far more limited. Biden’s decades in the Senate and his personal history with outgoing Majority Leader Mitch McConnell made him the natural conduit to the chamber where Harris only served for a few years.

GOP outreach won’t be quite as critically important now, although aides stressed that Biden will remain deeply involved in Senate negotiations, and continue his efforts to reach across the aisle.

But with Democrats enjoying a razor-thin majority, Harris stands to play a larger role in outreach to the Hill, where she could deliver crucial votes on pandemic relief, infrastructure, climate change legislation and, perhaps, a new Supreme Court justice.

“Biden’s stories about wrangling votes (and then supervising) the stimulus package showed voters he was delivering for real people,” Kapolczynski added. “After two years breaking ties in the Senate, Harris could have her own collection of stories on issues that matter.”

Serving as the de facto 101st senator may have its shortcomings, however. Harris’ domestic and overseas travel, for example, could be constrained by the arcane and unpredictable Senate schedule. In recent weeks alone Harris, who isn’t expected to formally relinquish her Senate seat until next week, has been forced back to the Hill for votes.

“She doesn’t want to be tied to the Senate too much,” said Joel Goldstein, the vice-presidential historian and author of “The White House Vice Presidency: The Path to Significance, Mondale to Biden.” “Time there means less time elsewhere.”

There is no direct historic analogy for the position Harris enters on Jan. 20. The vice presidency has changed dramatically in the last half-century, particularly as it relates to the legislative branch. Starting under Vice President Richard Nixon, in 1953, the No. 2 stopped presiding over the Senate as frequently and moved his main office to the executive branch. Vice President Walter Mondale, in 1977, was the first to move into the White House and the president’s inner circle.

The last time the Senate majority was split was in 2001, when Dick Cheney was vice president, and before that, in 1954. In both scenarios, the tie lasted for six months or less.

Rapid polarization has each of the parties voting as a bloc more frequently and the partial demise of the filibuster is making tie-breaking votes more common, Goldstein noted.

Now, Harris’s role as a tiebreaker, one Democrat close to the transition said, will become a central piece of the Biden administration’s planning for the first 100 days.

“She’s doing what John Lewis taught us,” said Bakari Sellers, a close ally of Harris’s and former South Carolina state representative, reflecting on the importance of the Georgia races, which came six months after the death of the legendary congressman and Civil Rights leader. “Step into the pages of history.”