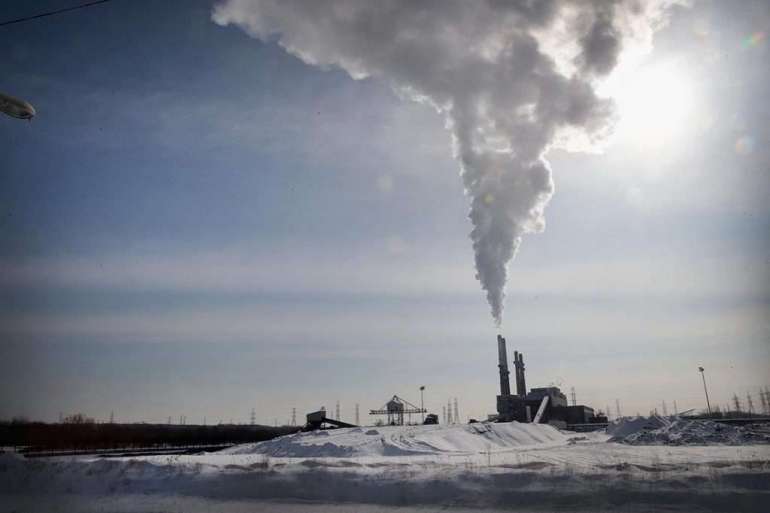 Environmentalists quickly condemned the rule — first reported by POLITICO — as a parting gift to polluters.

“EPA is perverting the Clean Air Act to ensure that no industry other than the power sector ever has to cut its climate pollution,” said David Doniger, senior strategic director of the Natural Resources Defense Council’s Climate & Clean Energy program.

“This unlawful rule is a transparent attempt to erect roadblocks to protecting public health and the environment for the new administration,” said Jay Duffy, an attorney for a group called the Clean Air Task Force.

The EPA did not respond to questions about the rule, including whether it complied with requirements to provide public notice and seek comment on rules.

Under the final rule being being published in Wednesday’s Federal Register, any stationary source whose industrywide greenhouse gas emissions make up less than 3 percent of U.S. greenhouse gas pollution will be deemed “necessarily insignificant without consideration of any other factors.” That means the source would not qualify for regulation under Section 111(b) of the Clean Air Act, the section that was the primary way the Obama administration regulated greenhouse gases from power plants and other sources.

The 3 percent threshold would appear to exclude every stationary greenhouse gas polluter in the U.S. aside from power plants, which the Obama administration made the subject of its major climate regulation in 2015. The rule does not apply to mobile sources like cars and trucks that are regulated under a separate part of the law.

Duffy noted that EPA never formally proposed any specific percentage threshold for regulation. This raises questions about whether the Trump administration violated laws requiring it to take public comment on rulemakings in its haste to finish the rule before Biden takes office.

EPA last year indicated it would launch a separate rulemaking to answer the question of how much greenhouse gas a source category has to emit. Instead, it appears to have used the coal-plant rule, which had long been in the works, to lock in regulatory language without first issuing a separate proposal for further public comment.

The Trump EPA’s 2018 proposal left in place the natural gas limits, which were widely recognized as achievable, but eased regulations for new coal plants to remove any requirement to use partial carbon capture and storage technologies to reduce emissions. EPA acknowledged at the time that it did not expect the change to create any new coal capacity in the United States, though it argued it could offer incentives for manufacturers to develop and export more advanced coal-burning technologies.

However, the final rule punts on any decision about specific emissions limits for power plants, and instead is entirely concerned with setting the regulatory threshold.

EPA last summer contemplated setting a threshold for greenhouse gas emissions below which an industry could not be subjected to Clean Air Act regulation. That step came when the agency rescinded an Obama-era rule regulating methane emissions from the oil and gas industry.

The threshold: “EPA is basing a decision to apply a threshold of 3 percent on the relative contribution of regulating source categories that contribute significantly to the overall impact of climate change,” the final rule reads. Eliminating power plants’ emissions would reduce the global mean temperature by 0.1 degrees Fahrenheit in 2100, according to EPA. Lowering the threshold to include oil and gas production emissions would achieve only an additional temperature reduction one-fifth of that.

The 3 percent threshold is a “natural breakpoint” since other individual industries represent relatively small slices of the emissions pie, EPA wrote in the final rule.

Power plants make up 27 percent of total U.S. greenhouse gas emissions, according to EPA. Setting the threshold at 3 percent effectively cuts off all other industries from regulation. The next three biggest categories — oil and gas production, refineries and industrial boilers — fall between 2.5 and 3 percent, the agency says. Landfills and iron and steel manufacturing each represent 1 percent to 1.5 percent, though methane emissions from landfills have been regulated under this part of the law since 1996.