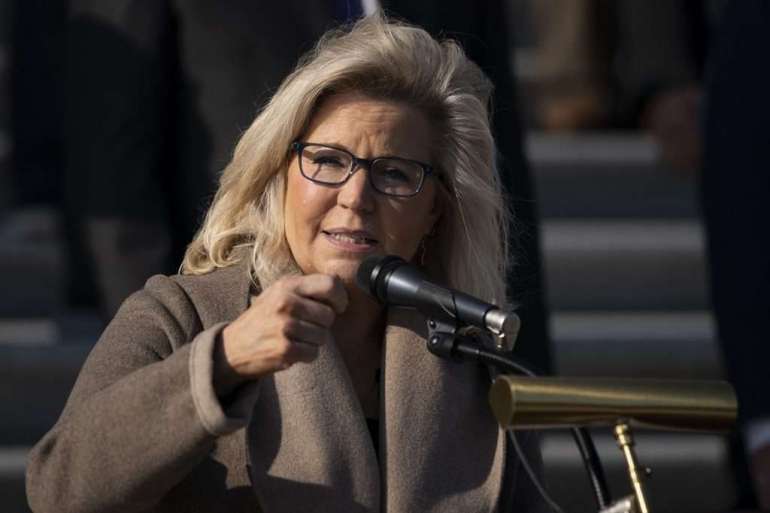 McCarthy, who believes impeachment is bad for the country and will create further division, has taken a behind-the-scenes approach to the Capitol attack, privately talking with GOP members and the president.

Cheney, meanwhile, has taken a different path, delivering a public and forthright response to the Capitol riots, which could be a defining moment in any future race for speaker or minority leader.

But Cheney has made clear her decision to back impeachment was not a political one. And in fact, it may hurt her if the GOP doesn’t fully exorcise Trump from its party; the president still maintains fierce support among the conservative grassroots. She is already facing several calls in the House GOP to step aside from her leadership post.

Yet Cheney has privately told colleagues that she wanted to be on the right side of history, according to sources, and has framed it as a “vote of conscience.”

On the eve of the impeachment vote in the House, Cheney became the highest-ranking Republican to publicly support removing Trump from office for inciting a violent mob to attack the Capitol. Three other Republicans, Reps. Adam Kinzinger of Illinois, Fred Upton of Michigan and John Katko of New York, have also thrown their weight behind impeachment so far. Senate Majority Leader Mitch McConnell has also been telling associates that he believes Trump committed impeachable offenses, POLITICO has confirmed.

In a three-paragraph statement, Cheney didn’t hold back: “There has never been a greater betrayal by a President of the United States of his office and his oath to the Constitution.”

Cheney also put the responsibility of the attack on the Capitol squarely on Trump, stating that he “summoned” the mob and “lit the flame of this attack” — and that without him, the bloody riot would’ve never happened.

“Everything that followed was his doing,” Cheney continued. “The President could have immediately and forcefully intervened to stop the violence. He did not.”

But while Cheney’s impeachment stance might earn her plaudits in some corners of the conference, not everyone was pleased: House Freedom Caucus Chair Andy Biggs (R-Ariz.), one of the ringleaders of the challenge to President-elect Joe Biden’s win, called on Cheney to resign from her leadership post.

“She should not be serving this conference,” Biggs told reporters in the Capitol Tuesday. “That’s it.” The Freedom Caucus once cost McCarthy a shot at the speakership, and the conservative hard-liners still hold sway in the House GOP.

Cheney also was having discussions with Democrats while they were hunkered down in a safe room amid the insurrection, according to several lawmakers. And other sources said she had been heavily weighing impeachment in recent days.

Then, in a GOP conference call on Monday, the first conference-wide meeting since the riots took place, Cheney did not tip her hand how she intended to vote, but she urged her colleagues to “vote your conscience” and she emphasized that this was not a political vote.

It’s unclear how many Republicans will follow Cheney’s path, but more are expected to follow suit, in a potential sign of her growing influence in the party. Her stance also gives wary Republicans major political cover.

“Good for her for honoring her oath of office,” Speaker Nancy Pelosi told reporters Tuesday.

McCarthy, meanwhile, has wrestled with his response to the attack. While he remains opposed to impeachment, an aide confirmed to POLITICO that McCarthy is open to the less severe option of censure. The idea has gained traction within the GOP conference, but Democrats argue it doesn’t go far enough in condemning Trump for his role in Wednesday’s deadly events and it won’t get a vote on the floor.

In another sign that McCarthy is still trying to figure out his next steps, he has also been asking Republicans whether he should ask Trump to resign, according to one GOP member. That detail was first reported by The New York Times.

Notably, sources say McCarthy has not been whipping members on how they will vote on impeachment; doing so would surely backfire as Republicans grapple with how to respond to the crisis.

But the California Republican has become more critical of Trump, particularly as rage and frustration swells in the House GOP ranks. McCarthy and his top deputy, Minority Whip Steve Scalise (R-La.), have faced backlash from inside the conference over how they handled the siege and for continuing to object to the certification of Biden’s Electoral College win, even after the deadly riots. Scalise is also opposed to impeachment.

While McCarthy was quick to condemn the violence and begged Trump to put out a stronger statement telling the rioters to stand down, the GOP leader waited days before privately blaming Trump in a conference call, saying that the president bears some of the responsibility for inciting riots that put lawmakers’ lives in danger.

McCarthy also told colleagues on Monday night that he has asked Trump to offer congratulations to Biden, the first time he has encouraged the outgoing president, to extend an olive branch to the incoming administration.

McCarthy had previously made the calculated call to go all-in on Trump, with some Republicans saying he took the 2020 gain in House seats as a sign that keeping the party attached to Trump was their way to win back the House in 2022.

But as some Republicans have noted, that approach meant the House GOP was inextricably tied to Trump — even when he throws the country into chaos.

Adding to McCarthy’s woes, a growing number of corporate donors and business groups are paring back their political donations to members who voted against certification, putting one of McCarthy’s other strengths — fundraising — in jeopardy.

Cheney, meanwhile, has repeatedly challenged Trump. She’s separated herself from other GOP leaders who often stayed silent with their criticism and has sometimes publicly pushed back on the president’s behavior.

At one point last year, it appeared as though Cheney’s political potential was scorched after a group of House Freedom Caucus members piled onto her in July for her criticisms of the president, her support of Anthony Fauci and her backing of a primary opponent challenging Rep. Thomas Massie (R-Ky.).

Some conservatives even discussed recruiting someone to challenge her for conference chair, but it never came to fruition; Cheney was unanimously selected to serve another term in leadership.

McCarthy’s stance has also put him directly at odds with McConnell, his GOP counterpart in the Capitol.

McConnell has been privately relaying that he is happy Democrats are moving forward with plans to remove the unpredictable president from office because the Senate leader believes this will help cleanse the GOP of Trump.

McCarthy and McConnell have also handled the election objections entirely differently. While McConnell was actively urging Republicans in the Senate not to challenge the certification of Biden’s 2020 win, McCarthy largely remained quiet before he joined the majority of House Republicans in objecting to the Electoral College votes. In fact, POLITICO also reported that even prior to the Wednesday vote, McCarthy had counseled GOP freshmen about which electoral challenges to support.

In contrast to McConnell, who described his vote to certify as “the most important vote” he has ever cast, McCarthy chose to push ahead with his objection hours after the violence unraveled around the Capitol complex, which incensed many of his Republican colleagues.

When Trump’s second impeachment trial begins, the Senate will have the chance to bar Trump from ever holding public office again. Some Republicans may see an opportunity.

“Mitch McConnell was looking at the party long term. And [he and Cheney] answered the call,” said one GOP lawmaker. “And I think a lot of members are concerned that both McCarthy and Scalise did not.”