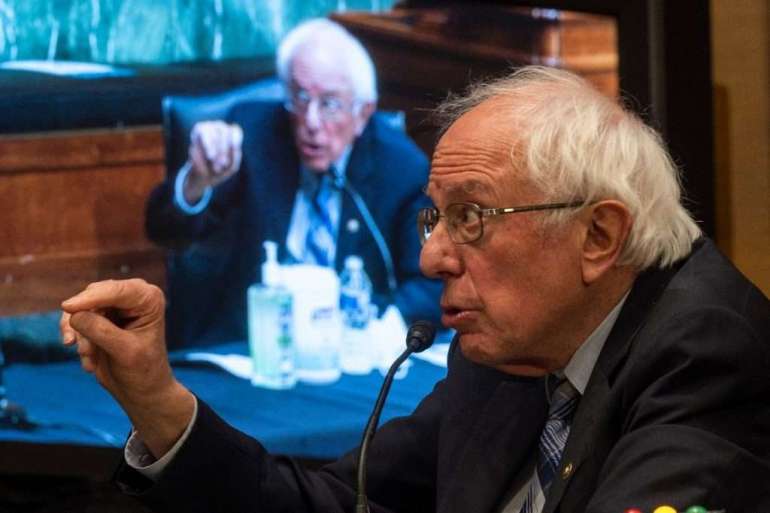 Misty Rebik, Sanders’ former Iowa state director and executive director of his campaign committee, Friends of Bernie Sanders, is taking the helm as his new chief of staff. Ari Rabin-Havt, Sanders’ 2020 deputy campaign manager who previously worked in his Senate office, is serving as his new legislative director.

“He’s bringing in campaign hands who worked with him through the campaign very closely, like Ari and Misty, to basically staff the official office,” said a source with knowledge of the changes. “It may be that he’s finally coming to terms with his role as a full-time senator.”

“As Senator Sanders takes on the new responsibilities of incoming chairman of the Budget committee, our office is excited to be bringing on new staff to help us advance the senator’s agenda in the new Congress,” said Rebik in a statement. “As we reorganize the office, we understand the new opportunities that the new Democratic Congress and White House present. We are sad to see our departing staffers go, and we wish them our very best and thank them for their incredible work over the years.”

Those familiar with the shakeup said the shifts are in some cases the result of staffers who have been alongside Sanders for years as he pursued the White House deciding it’s time to part ways.

Sanders ran for president in 2016 and 2020, effectively spending five years campaigning. During that time, he attracted many aides both inside and outside his campaign who were dedicated to lifting him to the White House. Sanders, who is 79, is not expected by those familiar with his thinking to run again, barring some highly unusual circumstances.

Sanders made a play to become President Joe Biden’s Labor Secretary, but Boston Mayor Marty Walsh was ultimately tapped for the job. If he had been appointed, Sanders would have had the power to staff the Department of Labor.

Biden said he seriously considered Sanders for Labor Secretary, but that the two men both thought the outcome of the Senate elections in Georgia, in which Democrats picked up two seats, changed the equation. “Bernie and I agreed — and as a matter of fact, Bernie said — ‘we can’t put control of the Senate at risk on the outcome of a special election in Vermont,’” Biden said last month.

Compton is leaving Sanders’ office to provide caregiving for family members, according to a person familiar with the staff changes. To some in Sanders’ office, the Vermont senator’s decision to offer Kearns the subcommittee job was seen as him presenting her with a diminished role, though others disagreed and viewed it as a lateral move or even improvement.

“As one of our longtime lead staffers on health care, drug pricing, ‘Medicare for All,’ community health centers and other top priorities for the Senator, Lori is going to take on a critical role as staff director for the HELP subcommittee, a senior role that allows her to flex her policy chops and advance these issues in the Democratic majority,” said a Sanders aide.

Matt Duss, Sanders’ foreign policy adviser who has become a well-known figure among progressive activists, is expected to depart for a position in the Biden administration’s Department of State, sources said. That is not finalized, however.

If that scenario materializes, it will be viewed by many on the left as a victory for progressives.

Duss declined to comment. A spokesperson for the State Department did not immediately respond to a request for comment.