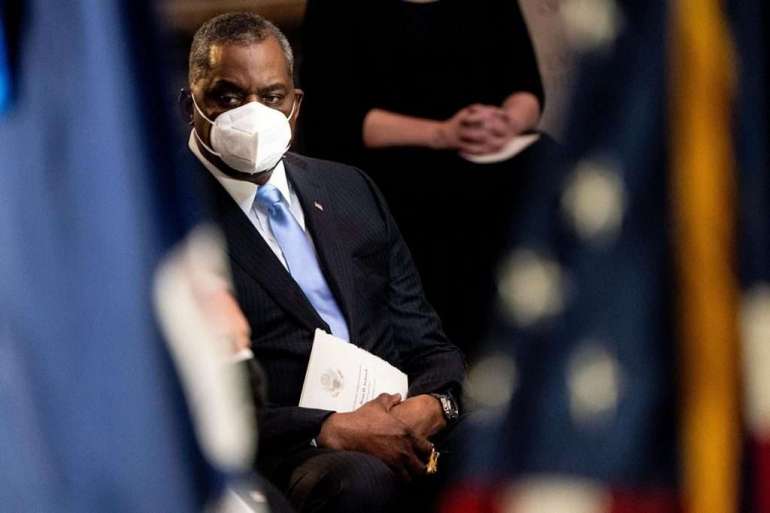 The new secretary of defense has five urgent tasks to disrupt the status quo thinking in the Pentagon:

First, the Pentagon chief must challenge U.S. Space Command and the U.S. Space Force to provide a clear, bipartisan path forward toward mission execution that in the short, medium and eventually long-term emphasizes space as critical infrastructure that can be funded and grown beyond fiscal years and over successive presidential administrations.

Today, the military is focused on “look down” operations and the defense of United States space assets that facilitate those operations. Make no mistake, this is a critically important defense mission: both our way of warfighting and our modern way of life rely heavily on space-based services as critical infrastructure in and of itself and as a key component for other types of critical infrastructure. China and Russia are well aware of space as critical infrastructure and are developing their own space defense and denial capabilities to level the playing field against traditionally overwhelming American commercial and military might. These challenges require the development of resilient space systems supporting worldwide voice communications; internet access; precision navigation and timing; security surveillance; terrestrial, air and maritime domain awareness; climate research; non-proliferation monitoring; and intelligence collection. Concentrating expertise to address these challenges is the reason why Space Force and Space Command came (back) into existence.

Throughout the 2020s, space activity — especially commercial space activity — will accelerate as new actors, both national and commercial, get in the game. More satellites and spacecraft mean greater urgency to mitigate risks associated with space debris proliferation, traffic management, protected orbits and access to space resources.

Protecting commercial, scientific and military objects in space requires surveillance and defense services in and throughout the domain of space, beyond just the “look down” capabilities that constrain today’s space defense thinking. As such, Pentagon space operations need the long-range vision, capabilities, human talent,\ and authorities for the next phase of space operations in the medium-term, and they should pursue these things now, primarily through effective Congressional engagement and visionary multi-year budget builds.

Space systems are often notoriously slow to develop, myopically designed and expensive to deploy, maintain and upgrade. Space defense readiness authorities and appropriations must anticipate the foreseeable trend of greater numbers of space actors (including a likely growth in human space flight), acting farther out from Earth, while the United States still has the opportunity to lead in the domain. Failing to do so may have a transformational, if not existential, impact on the United States’ ability to successfully meet security and global competitiveness challenges over the next century.

Second, Austin must emphasize investments like those identified in the military’s 2060 North-Star Space Vision published in 2019 that encourages an integrated approach that contemplates U.S. government coordination and consultation with private industry, scientific communities and academia. In short, the Department of Defense must look for opportunities to prioritize investment in exponential technologies that will allow the United States to qualitatively leap-frog over our rivals and ensure that we exit the current era of strategic competition on top.

Third, Austin should fully exercise his role as co-equal partner (albeit with a big budget) with the other cabinet secretaries to champion creating “whole of government” solutions to space challenges. While there are a great many space activities in this fast approaching future state that demand defense leadership, there are many that do not. Space traffic management, space debris removal, planetary protection (as distinguished from planetary defense), climate research, on-orbit satellite servicing and eventually space search and rescue need not necessarily be the mission responsibility of Space Command. Planetary defense though likely should be.

Thus, the defense secretary must work across the federal government with space responsibilities such as NASA and the Departments of State, Commerce, Transportation, and Homeland Security to nail down who is going to be responsible for what. There is existing Executive-level guidance to help facilitate this.

Fourth, The Space Force will no doubt help the United States confront serious challenges and threats in, to and from space, and it will also exercise “out-of-the-box” thinking to capitalize on the great opportunities space provides for the nation. Immediately, and for its own credibility, the secretary of defense must direct the Space Force to create a timeline and showcase its own projects and ways of doing business that defy the delays and procurement missteps that have plagued so many past defense activities.

Fifth, the new secretary of defense should commend President Biden for providing a statement of support and affirmation to thousands of uniformed and civilian personnel of the Space Force. The new administration’s clear stance on retaining the new branch finally puts an end to conspiratorial rumors and goes a long way toward safeguarding the morale of the Guardians who have experienced the inevitable uncertainty, organizational turbulence and legacy frictions inherent in standing up the first new armed force in over 70 years.

The raw potential of space provides a once-in-a-generation opportunity to capitalize on the nation’s growing space enthusiasm to ensure better access to and diversify careers in science, technology, engineering and mathematics; promote research and development and economic growth in technologically under-served areas; and to help bring renewed focus on space solutions for vital climate research, tracking endangered species and detecting the mass migration of humans due to weather, war or otherwise.

Fully realizing this potential can continue a legacy of American bipartisan space leadership that traces its lineage back to the Kennedy administration. It can help chart a better path for space security and governance that advances democratic norms and values; ethical business practices; human rights; environmental and social conscientiousness; and financial transparency. But our example and leadership must be so profound that other nations will have no choice but to follow and replicate our success here on Earth and in space.

Sinclair is an active duty Coast Guard captain and former deputy legal adviser at the National Security Council who is now a federal executive fellow at the Brookings Institution.

The views presented here are solely those of the authors and do not necessarily represent the official policy or position of any Department or Agency of the U.S. Government.