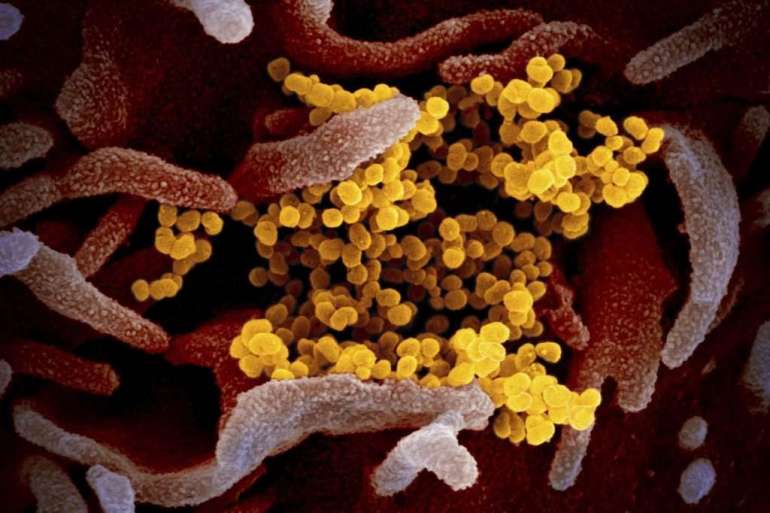 With researchers now reporting the existence of several new variants that seem to have emerged in the U.S., the agency’s best hope for bringing its sequencing effort up to par now rests with a $1.9-trillion relief package now slowly winding its way through Congress. The House version contains $1.75 billion aimed at ensuring the country sequences 15 percent of all positive Covid-19 samples.

“The challenge that we’ve had with sequencing in the public health space in regards to SARS-CoV-2 is that it hasn’t been really prioritized, or the need for it hasn’t been articulated at a national level until recently,” said Kelly Wroblewski, director of infectious disease programs at the Association of Public Health Laboratories.

While countries like the United Kingdom and Denmark have been running extensive Covid-19 sequencing programs for months, the U.S. long relied on contributions from a patchwork of academic, state and commercial labs. The federal government didn’t launch a large-scale, coordinated sequencing effort until early 2021, when President Donald Trump’s administration announced that it had signed contracts with several commercial labs to bolster the country’s sequencing efforts.

That lag “is inexcusable,” according to Luciana Borio, a former director of medical and biodefense preparedness at the National Security Council who served on President Joe Biden’s Covid-19 advisory board and health transition team. She told a House subcommittee this month that the United States is still largely “flying blind with respect to detecting the introduction or emergence of new variants or monitoring their geographic spread.”

Still, there are signs of improvement. Quest Diagnostics — one of the labs the Trump administration enlisted — is now itself sequencing 2,000 samples per week. And more than 40 public-health laboratories in 33 states have also joined in, Wroblewski said.

The total number of Covid-19 samples sequenced each week by the federal program and independent academic and state efforts has more than doubled since December, to about 7,400 per week by late January, according to Greg Armstrong, who directs CDC’s advanced molecular detection program.

Information gleaned from sequencing is crucial for policymakers trying to figure out whether to relax coronavirus precautions, such as limits on indoor dining and gyms or school closures. The United States’ limited sequencing capacity hearkens back to the first months of the pandemic when diagnostic testing was limited, making it hard for health officials to track where the virus was spreading and take appropriate action. With more contagious variants spreading, those same officials need sequencing data to understand how to modify their pandemic playbook.

“A lot of people are getting a little whiplash going in and out of social distancing, we see that people are getting fatigued of it,” said Phil Febbo, chief medical officer of Illumina, one of the companies contributing to the federal sequencing program. “The more that public health officials, governors, mayors have the best information about the variants and the impact on their communities, the less likely they’re going to have to over rotate one way or the other. And they can set appropriate expectations as we try to move toward ending the pandemic.”

The new proposals the CDC is reviewing from commercial contract labs and large academic labs would further build up the federal sequencing network. The agency is still evaluating what it would do with the $1.75 billion in sequencing money Congress is weighing.

“It’s going to be a combination of things,” Armstrong said. “We’re going to be expanding out the sequencing we’re doing with these [commercial] labs in the short term to quickly scale up how much data we’re getting on a national level. We’re going to be supporting state and local health departments that are getting up and running with sequencing.”

Another agency priority is obtaining computational analysis tools that could link sequencing data with other epidemiological data to inform decision making.

“We want to make sure between now and when the next pandemic hits that we build up that infrastructure,” Armstrong said. “Unfortunately this $1.75 billion, that’s just one-time funding. But we intend to use it to invest in areas that are going to have a long-term return.”

Developing a system that is up to the task would likely require enlisting resources from other agencies with expertise in computational biology, including the National Institutes of Health and the Department of Energy, said Caitlin Rivers, an epidemiologist at Johns Hopkins University.

“We have a lot of sequencing capacity and a lot of science capacity to do the characterization,” said Rivers, co-author of a new report from the Johns Hopkins Center for Health Security calling for the U.S. to develop a world-leading sequencing program like that of the U.K. “It’s really just about figuring out the system that will allow us to really leverage that capacity and make good use of it.”

One immediate challenge facing the federal sequencing effort is limited supplies of critical materials needed to analyze samples. Those materials include specialized pipette tips that are used to prepare samples for lab-based diagnostic testing for Covid-19 as well as sequencing virus samples.

Labs use anywhere from 20 to 30 tips to analyze a single virus sample, Armstrong said.

While major commercial labs say they have enough pipette tips in stock, smaller labs are running into problems. Kelly Oakeson, who leads sequencing efforts at the Utah Public Health Laboratory, said his facility has attempted to purchase pipette tips that are backordered “until the end of this month, end of next month — just because their production is at capacity.”

In the meantime, the CDC is pushing to keep increasing the number of virus samples its network analyzes each week, aiming to reach “well above” 10,000, according to Armstrong.

“We’re not stopping there,” he said. “We’re right now still trying to expand that network of labs.”