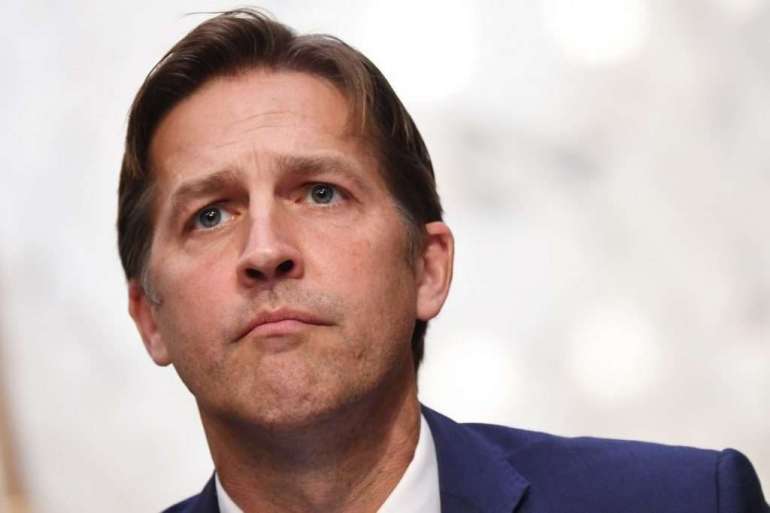 Sasse just won a race down-ballot from Trump and is as relaxed as one can be about his political situation. He’s facing no internal pressure in the Senate for his vote to convict Trump of incitement of insurrection. A previous censure in 2016 did not rattle his views. If there’s a model for how to successfully build a conservative GOP out of Trump’s shadow, it might as well be him.

But Sasse can’t quite be replicated. He’s a bit of a loner in the Senate, both in style and substance, someone who can’t comprehend how cable news hits, partisan congressional speeches and the culture wars have come to dominate politics.

That’s not to say Sasse isn’t bothered by Nebraskans spending their Saturday targeting Sasse’s vote to convict Trump. In fact, he’s perplexed that Republicans in his state even worked on Super Bowl Sunday to censure him.

“You want to go to some hotel, strip mall conference room and scream about a politician who tried to tell you: ‘I would oppose somebody in my own party who violated their oath?’” he marveled. “That’s not healthy.”

Strong opinions came to Sasse easily during a 30-minute interview in his Capitol hideaway. Of Rep. Matt Gaetz (R-Fla.), he says: “That guy is not an adult.” President Joe Biden’s White House is “cowering” to the opinions of people like Rep. Alexandria Ocasio Cortez (D-N.Y.). Sasse sees Congress itself as little but “a bunch of yokels screaming.”

Sasse, 49, has a youthful energy, a rapid speaking pace and an everyman’s appeal. When he cracks open his mini-fridge, a hefty selection of Bud Light cans reveals itself. He has a dry sense of humor, deadpanning of his beloved Cornhuskers’ recent struggles in men’s basketball: “Half of all presidential impeachments in U.S. history happened before Nebraska won another Big 10 game.”

He is not an especially active participant on either the Senate floor nor within the GOP’s party meetings. He devotes much of his time to the Senate Intelligence Committee, which he finds most fulfilling among his assignments. And like most younger, rising players in either party, Sasse sidesteps the question of whether he’s preparing to run for president.

“I’m sure, like every 17-year-old achiever kid, I’ve said stupid things in the past. But running for president has never been my objective,” he said.

Dismissing his colleagues who clamor to wear the pro-Trump mantle to further their own ambitions, he said he doesn’t pursue issues that are “sexy for the rage-industrial complex tomorrow. That stuff doesn’t doesn’t interest me. It actively bores me.”

Sasse perplexed some senators when he first landed in the Capitol in 2015, but today there’s growing respect for him as a wonky and earnest member who is serious about his job. When Democrats took back the Senate this year, Intelligence Committee Chair Mark Warner (D-Va.) put a good word in for Sasse with Democratic leaders to make sure he didn’t lose his seat on the panel. Warner says keeping Sasse was “very important” to him.

Even the most pro-Trump senators want Sasse at the GOP table instead of in the wilderness.

“I disagree with his approach to Trump. But I want to grow the party, not divide the party,” said Sen. Lindsey Graham (R-S.C.). “Ben’s future is bright, if he wants it to be, in the Republican Party.”

Sasse talked to Trump during his presidency more than he let on publicly, lobbying Trump to pick Justice Amy Coney Barrett for the Supreme Court and trying to dissuade his tariff regime. Generally, Sasse supported Trump’s nominees and legislation on the Senate floor but loathed the ex-president’s antagonistic style.

An early draft of the Nebraska GOP’s censure resolution that’s set for consideration Saturday said Sasse “has persistently engaged in public acts of ridicule and calumny against President Donald J. Trump.” An Omaha-area effort to condemn Sasse fell apart this week, signaling a potential lack of enthusiasm to follow through.

Sasse sees the party’s efforts to condemn him as the latest act of performative outrage in American politics. He wishes he could do more to explain to Republicans that promoting and protecting Trump is not what being a conservative means: “You can’t redefine conservatism to mean conspiracy theorism.”

“I’d like to persuade more people,” Sasse said. “We should be trying to be able to explain a Madisonian view of conservatism: limited government, the First Amendment, local community is primary.”

With the former president out off office, albeit still exerting serious influence, Sasse now has that opportunity as one of the most prominent anti-Trump politicians in a party that lacks a clear leader. He said he would help Republicans take the Senate back but is looking for “candidates that want to do something more than Marjorie Taylor Greene.”

Before long, Sasse will certainly be in the presidential mix for Republicans seeking to turn the page on Trump.

“He’d be a great candidate,” said Sen. Rob Portman (R-Ohio), who is retiring next year and mentored Sasse as a senator. “I would just caution that 2024 is a lifetime away. And you don’t know where he positions himself relative to the field, if he does run.”

“He’s the kind of guy that gets deep into the weeds,” said Sen. Pat Toomey (R-Pa.), who voted to convict Trump. “He has a very important and constructive voice for the party.”

Still, Sasse is selective on when to use that voice. He avoids Capitol scrums and TV hits. But he has a lot to say.

Over the course of a 30-minute interview, he leapt from talking about his censure to the Texas energy grid’s failure as “another case of culture-war screaming swallowing everything.” Asked his opinion of President Joe Biden’s stimulus package, he let loose a long condemnation of Biden’s “disastrous” spending plan on education. He recognizes how agitated the issue makes him, adding that “I didn’t mean to get passionate on it.”

But Sasse can grow intense when discussing his issues. His biggest criticism of his own job is that the Senate “is not actually focused on” problems confronting the country when it comes to the future of work, confronting China and preparing for what life looks like 10 years from now.

That certainly doesn’t sound like a neat and tidy presidential platform, does it?

“I’m sincerely focused on the issues I’m focused on because I think it’s the best way to steward my calling to love my neighbor in this job,” Sasse said. “So 2024 isn’t really my timeline. 2030 is the timeline.”