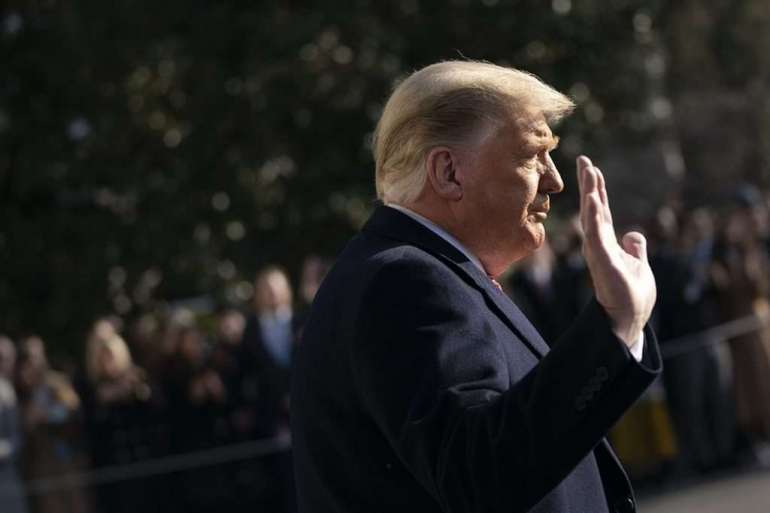 Since leaving office, Trump has issued a short statement taking credit for the vaccine’s fast-tracked development and, in passing, told people to take the shot during his speech at the Conservative Political Action Conference last month.

2020 sucked for all of us. But it was really bad for California Gov. Gavin Newsom.

Beyond that, Trump had not encouraged vaccination efforts even as it emerged that he and the former first lady had each received the vaccine before leaving the White House in January. Some of Trump’s top aides in the White House were unaware Trump got the vaccine and reporters were often told it was unlikely Trump would be inoculated because he had antibodies from contracting the virus in October. (The CDC recommends you should be vaccinated regardless of whether you already had Covid-19.)

While Trump and the former first lady kept their vaccination a secret, other former presidents and first ladies of both parties teamed up for a national ad campaign that shared images of them getting the vaccine and layed out the importance for others to do so, as well.

“In order to get rid of this pandemic, it’s important for our fellow citizens to get vaccinated,” former Republican president George W. Bush said in the Ad Council’s PSA. “I’m getting vaccinated because I want this pandemic to end as soon as possible,” said former Democratic president Jimmy Carter, photographed with his shirt sleeve rolled up while receiving the vaccine for the ad.

Trump did not appear in that spot and an aide of his told the New York Times that he had not been approached in a “formal” way to be involved in pushing vaccinations. The Ad Council campaign, according to a spokesperson, began shooting the advertisement featuring former presidents in December while Trump was still in office.

Skepticism of the Covid vaccine has mostly fallen along party lines. A recent CBS News poll found a third of Republicans say they do not plan to get the vaccine, and an NPR/Marist poll showed that almost half of Republican men will not get the vaccine.

The partisan divide has prompted questions about the utility of getting Trump to reach out directly to his own supporters, as the Biden administration tries to convince the American public to get vaccinated.

“I hope” Trump is enlisted to encourage his voters to take the vaccine, said Dr. Anthony Fauci on NBC’s “Meet the Press,” because the poll numbers “are so disturbing.”

“I think it would make all the difference in the world,” Fauci said on “Fox News Sunday.” “He’s a very widely popular person among Republicans. If he came out and said, ‘Go and get vaccinated; it’s really important for your health, the health of your family and the health of the country,’ it seems absolutely inevitable that the vast majority of people who are his close followers would listen to him.”

“I think we certainly would welcome support from and engagement from any Republican elected officials and leaders who want to advocate for the safety and efficacy of the vaccine,” she said. “But I think it’s important to note the biggest issues that we see from our Covid team with getting more vaccines in arms is supply, which we’ve done a lot of work to address.”