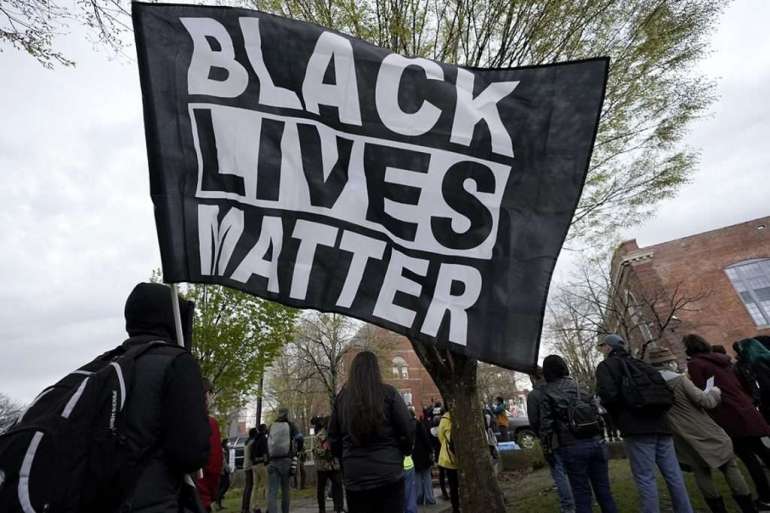 Yet otherwise there’s little evidence that each party’s messaging will change, with Democrats rallying around racial equity measures and expansive police reforms and Republicans prioritizing law and order. The attacks on each are likely to be familiar: Democrats will continue to frame the GOP as a party that is hostile to the interests of people of color while Republicans will continue to portray Democrats as a party of extremists who would “defund the police.”

Following the verdict, nearly every Democrat at every level issued statements, many of them heralding a “step forward” for racial justice while continuing to call for reforms — a sign of the salience of the issue ahead of the midterm elections and 2024.

Yet on the Republican side, nearly the opposite was true — few lawmakers saw a need to weigh in at all. And as it has since George Floyd’s killing last May, the GOP’s messaging remained more focused on the prospect of civil unrest than the police violence that has sparked it.

For nearly a year — even as Floyd’s killing shined a light on the recent deaths of dozens of other people of color, including Breonna Taylor, Elijah McClain and Daunte Wright — Democrats have clamored for police reform, aligning themselves with their base of Black voters in last year’s elections. Republicans, in an overt appeal to suburban whites, responded to a summer of civil uprisings with calls for law and order.

In the run-up to the Chauvin verdict, Republican attention remained fixed on the protests against police brutality, marked by the introduction of legislation in more than 30 states to constrain protests. Florida Gov. Ron DeSantis, a leading potential 2024 contender, signed a controversial “anti-riot” bill this week.

After the decision was handed down, DeSantis speculated that the prospect of unrest might have influenced the jury’s decision. “If that’s something that can potentially happen, where you basically have justice meted out because the jury is scared of what a mob may do — and again I’m not saying that’s what happened here … [but] that’s completely antithetical to the rule of law.”

“To think [rioting] is going to influence how the rule of law is applied, would be a total disaster if that idea takes hold,” he said.

On Wednesday morning, as Black communities exhaled in relief and talked of the work that remains to be done, House Minority Leader Kevin McCarthy was still talking about the failed effort to censure Rep. Maxine Waters (D-Calif.) for telling protesters in Minnesota over the weekend to “stay on the street” and “get more confrontational.”

In an interview with Fox News, he said Democrats had the opportunity to “condemn this violent rhetoric” and, instead, “they condoned it, which only makes the House of Representatives and the Justice Department weaker.”

It took Sen. Tim Scott, the GOP’s lone Black senator, who last summer introduced the GOP’s police reform bill, to come anywhere close to pushing the party in a new direction. In a lengthy statement Tuesday, he said that while the verdict “should give us renewed confidence in the integrity of our justice system, we know there is more work to be done to ensure the bad apples do not define all officers — the vast majority of whom put on the uniform each day with integrity and servant hearts.”

More typical were the responses of conservatives in Congress and the media framing the verdict as proof the justice system works, and rejecting calls from progressives for comprehensive criminal justice reform as unnecessary.

For the bomb-throwing caucus of the GOP, Rep. Marjorie Taylor Greene of Georgia was on Twitter on Tuesday asserting that “DC is completely dead tonight. People stayed in and were scared to go out because of fear of riots.”

She wrote, “#BLM is the strongest terrorist threat in our county.”

Just as the verdict on Tuesday revealed much about the ongoing political resonance of racial justice and policing ahead of the midterm elections, it also suggested how little the shape of the debate is likely to change.

Surveying the political fallout from the verdict, Florida state Rep. Omari Hardy, a Black progressive who has been pushing for legislation that rethinks policing, said, the “verdict doesn’t change a thing. This was not the justice we’ve been marching for. This is justice in the thinnest sense of the word.”

He said, “We’ve been divided over the value of Black lives for over four centuries, so I’m not surprised it’s a divisive issue. There always have been and always will be people who don’t value Black lives.”

Even during the course of Chauvin’s trial, dozens of people nationwide died at the hands of police. And just moments after the verdict was read, there was news of another fatal police shooting: 16-year-old, Ma’Khia Bryant.

“There’s a lot of relief today, and that’s a positive thing,” said Mike Erlandson, a former chairman of the Minnesota Democratic-Farmer-Labor Party. “But about the same time that we take a deep breath, there will be another trial of another police officer.”

It’s possible that concerns about racial justice and the need for police reform will gain more traction in the midterm elections than in the 2020 campaign, a race in which the coronavirus pandemic overshadowed all other issues. Even then, a historic summer of civil unrest reverberated throughout the presidential contest and local races across the country.

Addressing the subject of police violence and protests, Doug Herman, who was a lead mail strategist for Barack Obama’s 2008 and 2012 campaigns, said, “This was a big issue in 2020, it’s going to continue to be an issue in 2022.”

Last year, he said, “The Republican Party had two attacks that they used to some success, which was the Democrats want to defund the police and they’re all socialists.” For Democrats, he said, “We’ve turned another lap in the reform fight, but we’re still a long way from the end.”

Locally, there did appear to be political movement in the verdict in Minnesota, a critical swing state, where protests gave way to scenes of car horns blaring and activists weeping in relief. Keith Ellison, the state attorney general, called the outcome a “first step toward justice.” For Ellison, the former lawmaker who oversaw Chauvin’s prosecution, the verdict was a major victory. And the resolution of the case will come as a relief for Minnesota’s Democratic governor, Tim Walz, who had come under criticism from progressives following the killing of Wright and the management of protests in the state.

More broadly, said Michael Brodkorb, a former deputy chair of the Minnesota Republican Party, the finality of a verdict may increase support for police reforms — and for the candidates who call for them.

“Whoever wants to take the mantle up, I think, will find a receptive audience,” Brodkorb said. “Right now … the thoughtful discussion on meaningful reforms, the bulk of that is being championed by Democrats.”

In fact, Floyd’s death and the protests that followed resulted in cities and states adopting reforms ranging from measures to increase transparency to bans on chokeholds and “no-knock” warrants. Some cities reduced their police department funding, as activists called for money to be spent instead on early intervention and other non-policing measures to improve public safety.

Yet the parameters of the debate surrounding those measures have not fundamentally changed.

As the Chauvin trial opened last month, a USA Today/Ipsos Poll found Americans’ support of the Black Lives Matter movement has fallen in the 11 months since Floyd’s death, while trust in law enforcement has increased. More than two-thirds of Americans — 69 percent — trust police to promote justice and equal treatment of people of all races, up 13 percentage points from last year. Meanwhile, half of Americans feel the same way about Black Lives Matter.

In a separate poll this month, by Morning Consult, found a decline in the share of Americans who view police violence as a serious problem – down 10 percentage points from last year, to 69 percent. In both cases, the gulf in views between Black and white Americans is wide.

Differentiating matters of accountability from concerns about justice, he said the latter “can’t be served by 12 jurors. It’s going to come from changing the rules, from changing the policies and the practices.”

CORRECTION: An earlier version of this story incorrectly reported the timing of Elijah McClain and Breonna Taylor’s death. McClain‘s death occurred in 2019, after police restrained him with a chokehold; Taylor was fatally shot by police in March 2020.