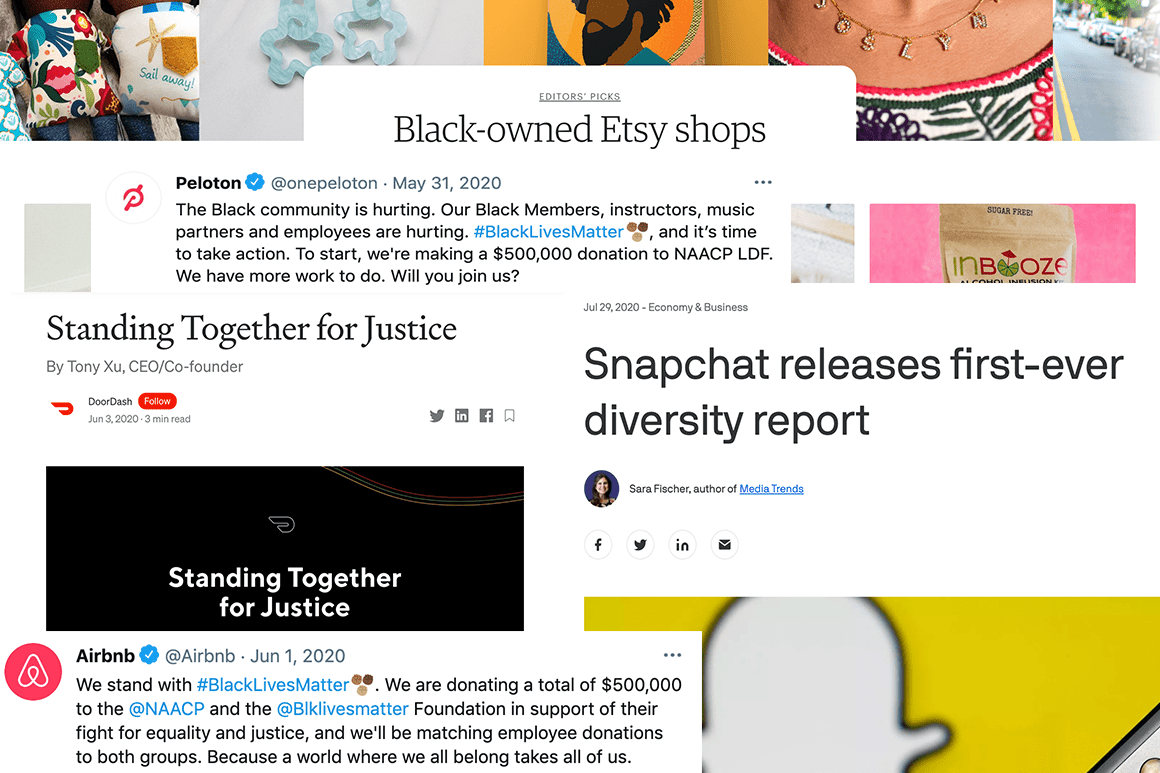 More broadly, corporate America, whose top ranks are still dominated by older, white males, faces the challenge of responding to their own employees and customers calling for more rapid change. The companies have to balance those demands against complaints from some conservatives about “woke CEOs” wading into political fights like the voting rights battles in Georgia and across the nation.

Big companies, business lobbying groups and top executives spoke out over the past year on Floyd’s death and other social justice issues in ways they rarely have before. The traditional position of corporate America, especially the Fortune 500, is anodyne centrism. That became untenable over the past 12 months.

Chief executives including Apple’s Tim Cook, Cisco’s Chuck Robbins, Facebook’s Mark Zuckerberg, JPMorgan’s Jamie Dimon and many others spoke out in favor of the guilty verdicts in the trial of Chauvin, the former police officer who knelt on Floyd’s neck for more than nine minutes, leading to his death and shocking the nation.

What’s happening in the US is abhorrent. It’s far overdue for all of us to take action to eradicate systemic racism, xenophobia, inequality & all forms of bigotry in America. How we respond will be an important moment in our nation’s history. @Cisco will lead. #blacklivesmatter

Both Delta Airlines and Coca-Cola, two of Georgia’s largest employers, bent under pressure from activists and took firm stands against GOP-led efforts in the state to limit voting access. While both faced a backlash from conservatives like Senate Minority Leader Mitch McConnell — who last month warned corporations “to stay out of politics” — they made a calculation that alienating their own workforces and much of the public by staying quiet and out of the headlines would be too damaging.

But those calculations will be tested in the months and years ahead. Democrats narrowly control Washington. But they may not rule Capitol Hill after the 2022 midterm elections, and top executives remain wary of stepping out too far on social issues and angering Republicans and red state America.

A recent poll from diversity, equity and inclusion strategy firm Paradigm and the Harris Poll found that two-thirds of Americans want companies to speak out more publicly on issues of racial injustice. And a majority said they would hold employers accountable if they did not, a figure that is higher among younger workers who are especially engaged in social justice issues.

And companies face a pile of shareholder proposals at annual meetings aimed at forcing more transparency on diversity in the workplace and disclosure about how their campaign contributions line up with positions they’ve taken on voting rights and other social issues.